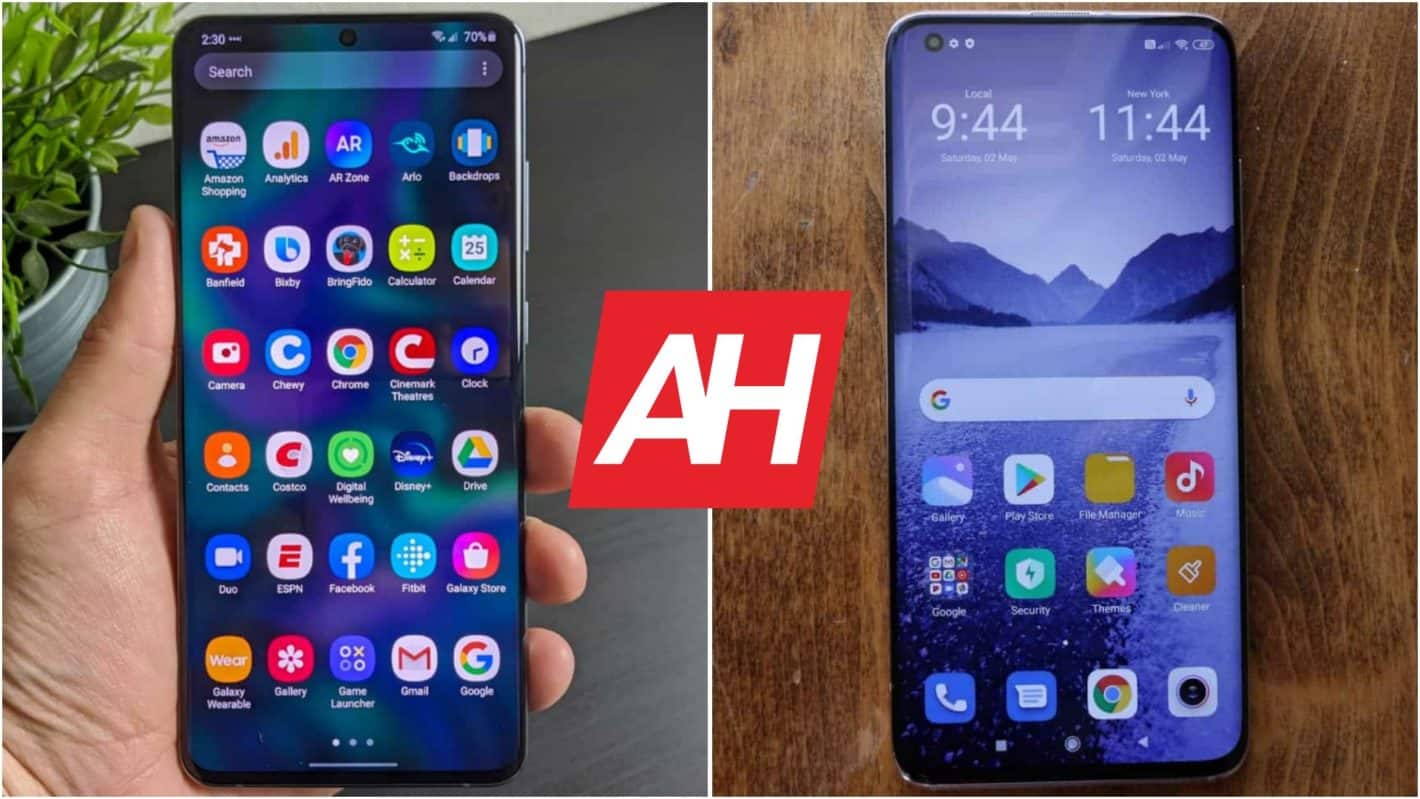 The Samsung Galaxy S20 Ultra vs Xiaomi Mi 10 Pro comparison is upon us. Both of these phones are flagship-grade devices, that much is obvious. Both are the most powerful offerings from their respective companies. That being said, both phones are quite pricey, but the Galaxy S20 Ultra is considerably more expensive than Xiaomi's flagship.

Having that in mind, is it worth all the extra cash? Well, that's what we're here to find out. We're here to try and help you make a purchasing decision. Realistically, both of these phones have plenty to offer, and expectations are high for both of them. They represent the very best from Samsung and Xiaomi after all.

As per usual, we'll compare the two phones across a number of categories. We're kicking things off by listing their specifications, and going from there. Following that, we'll take a look at their designs, performance, and so on. That being said, it's time to kick off the Samsung Galaxy S20 Ultra vs Xiaomi Mi 10 Pro comparison.

Both of these devices have some weight to them, though the S20 Ultra is considerably heavier. If you don't want a truly huge and heavy phone, the Mi 10 Pro may be a better choice. Still, the Mi 10 Pro is also quite large. Both phones include curved displays, though the Mi 10 Pro curve is more pronounced. Both are extremely slippery, and come with curved backplates. The Mi 10 Pro is easier to use in one hand, due to its smaller size, but it's still a hassle.

Both of these phones have extremely thin bezels. They both also include a display camera hole. In the case of the Galaxy S20 Ultra, that camera hole is centered. That is not the case with the Mi 10 Pro, as its camera hole sits in the top-left corner. The camera modules on the back are fairly different as well, both in terms of sensors, and design. The one on the Galaxy S20 Ultra is huge.

Both of these devices have fairly large displays. The Samsung Galaxy S20 Ultra's display is truly huge, in fact. It has a 6.9-inch QHD+ Dynamic AMOLED panel with 120Hz refresh rate. That is basically a tablet-sized display, many would say. The one on the Xiaomi Mi 10 Pro is a bit smaller, but still quite large. That device measures 6.67 inches, and we're looking at a fullHD+ 90Hz Super AMOLED display.

As previously mentioned, both of those displays are curved. The curve on the Xiaomi Mi 10 Pro is more pronounced, and more people will probably feel more comfortable using the S20 Ultra's panel because of it. The Galaxy S20 Ultra's display is protected by the Gorilla Glass 6, while Xiaomi included Gorilla Glass 5. The difference is not noticeable in any way, both of those iterations are great, and will protect your display.

Both displays offer HDR10+ support as well, for HDR content. Do note that, at the time of writing this article, you cannot use 120Hz refresh rate on the Galaxy S20 Ultra, along with a QHD+ resolution. You'll need to bring it down to fullHD+ resolution. A solution is coming, but it's not yet here. Still, the panel on the Galaxy S20 Ultra does feel smoother thanks to that refresh rate, and it's plenty sharp.

Colors on both displays are quite vivid, and both panels are extremely sharp. Viewing angles are great on both, though the Galaxy S20 Ultra throws less reflection your way on the sides, due to less pronounced curves. All in all, the Galaxy S20 Ultra's panel is technically better, but the vast majority of people wouldn't be able to tell the difference either way. Both of these panels are great.

In regards to performance, both phones deliver, and then some. That is to be expected considering how powerful their internals are. Both devices are fueled by the Snapdragon 865 SoC, though the S20 Ultra comes with the Exynos 990 in Europe and India. That, in addition to plenty of RAM, and really fast internal storage, results in a great performance.

Software plays a huge part here as well. Android 10 comes pre-installed on both devices, with Samsung's and Xiaomi's software on top of it. Both OneUI and MIUI are great Android implementations, no doubt about it. Samsung and Xiaomi improved those skins in the last couple of years, and are truly compelling offerings these days.

These two devices can handle anything you throw at them, with ease. No matter if we're talking about fast app opening, multitasking media consumption, or gaming. Neither of these two phones will struggle with any of that, in any way, at least it didn't for us. Those high refresh rate displays are only helping things, they make things look even smoother. So, no matter which phone you get, chances are you'll be really happy with the performance.

Now, in terms of battery life, neither of these two phones will disappoint you. The Galaxy S20 Ultra does come with a larger battery pack, a 5,000mAh unit. The Xiaomi Mi 10 Pro packs in a 4,500mAh battery, on the other hand. That difference will not be noticeable in usage, though. The Galaxy S20 Ultra does include a considerably larger display, and higher refresh rate, so it all evens up, basically.

Both of these devices were able to provide us with north of 6 hours of screen-on-me on any given day, really. They even stepped over 6.5 hours on a regular basis, with intensive use. Truth be said, gaming is not included, so if you're a gamer, you can expect lower numbers than this. Also, your usage may be completely different, so you may get different results. The point is, the battery life on both phones is really, really good.

This is yet another area that both phones delivered. Truth be said, neither of these two phones is the best around, in my opinion, but they're both really good. The best of all, they're both really good in pretty any shooting condition. Both phones include a 108-megapixel main sensor, and with the addition of software optimization, both devices can shoot amazing pictures in good lighting.

You'll get a ton of detail from both of those sensors during daytime, with really good colors, and dynamic range. When things get darker, the Galaxy S20 Ultra does a slightly better job. The Mi 10 Pro is not far behind, though, at all. It does struggle with street lights sometimes, but it is able to capture enough detail, and light up images quite a bit. The Galaxy S20 Ultra can get more detail in low light scenarios, though.

Video capture is really good on both, but not exactly great. Some other flagship phones can do a considerably better job in that regard. They do have solid stabilization, though, and though the S20 Ultra does struggle with focus sometimes… when it comes to video. All in all, both of these camera setups are really compelling, and the S20 Ultra even delivers that periscope camera for extreme zoom. Do note that its periscope camera is not that good in low light, though.

Now, the audio may be a bit surprising. Both devices offer stereo speakers, and neither has a 3.5mm headphone jack. Samsung's speakers are even tuned by AKG. What is surprising, however, is the fact we preferred the speakers on the Xiaomi Mi 10 Pro. They offered slightly clearer sound, with a bit more bass. Both sets of speakers are plenty loud, though, and truth be said, they're both pretty great.

Sound via headphones was really good on both phones as well, across the board. The highs were a bit better on the Xiaomi Mi 10 Pro, and the same goes for lows, while the Galaxy S20 Ultra offered better mids. That's all pretty close, though, the difference is not that big. The bottom line is, no matter which phone you choose, chances are you'll be happy with the audio side of things.