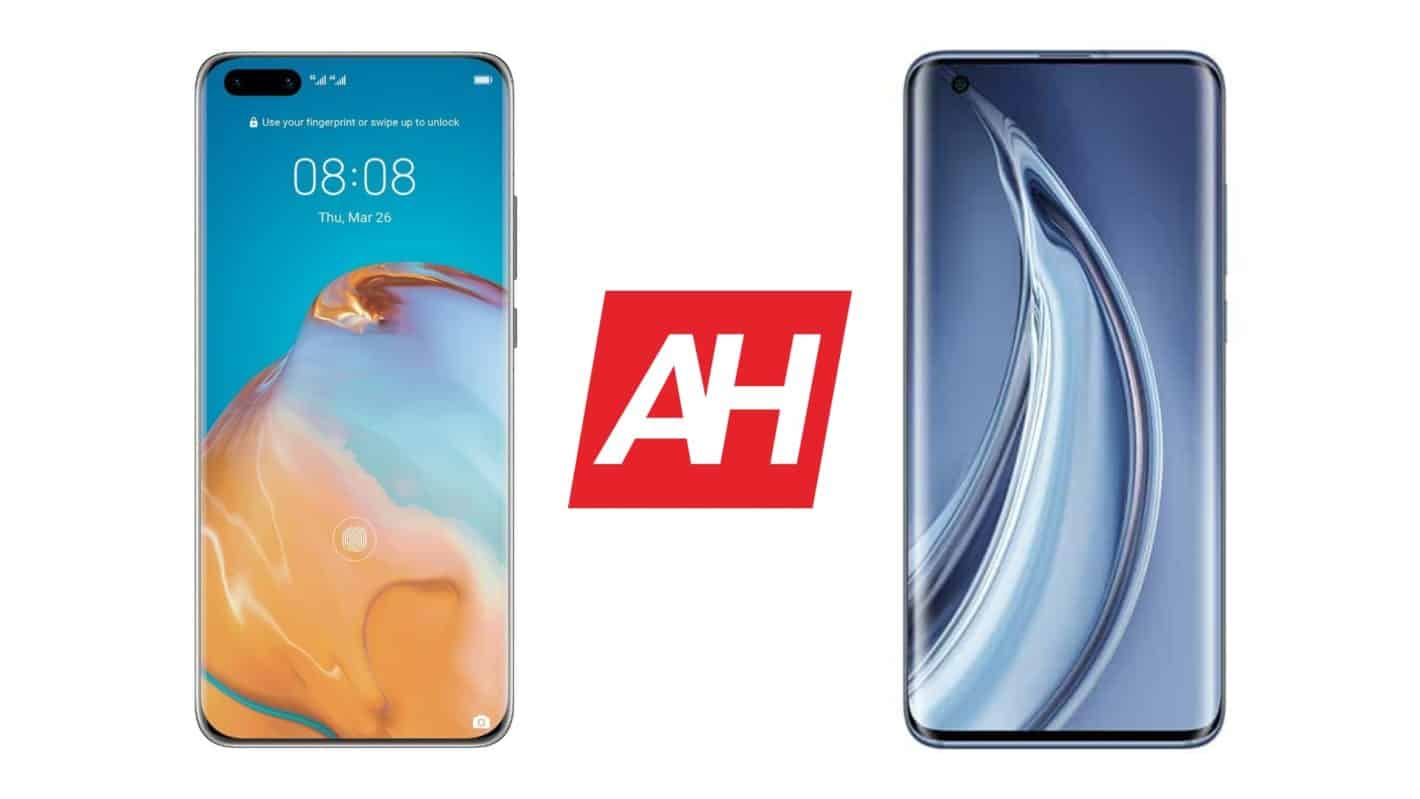 It's time to compare the best Huawei and Xiaomi have to offer. In this article, we'll compare the Huawei P40 Pro+ vs Xiaomi Mi 10 Pro. Those are the flagship smartphones from these two companies. Both of them were announced in Q1 this year, and both are available for purchase as we speak.

It is worth noting that the Xiaomi Mi 10 Pro is more affordable than the Huawei P40 Pro+, but both are quite pricey. That was to be expected, considering they're premium offerings from their respective brands. Both of these phones have a lot to offer across the board, though each of them have positives and negatives, of course.

In this article, we'll compare the two phones across a number of categories. We'll kick things off by comparing their spec sheets, and then more to the design, display, performance, and so on. So, if you're planning on buying a flagship-grade phone in the near future, these two phones may be worth considering, and we're here to help you make a decision.

These two devices sure look different. They both have extremely thin bezels, and curved displays, but they don't look that similar. The Huawei P40 Pro+ includes a considerably larger display camera hole, as it hosts two cameras there. It also sports a larger camera module on the back, due to the included camera tech.

The Xiaomi Mi 10 Pro sports a single camera inside its display camera hole. Those holes are in the same place on both phones, they sit in the top-left corner. Their rear-facing cameras are also in the same place, in the top-left corner of their back sides. The P40 Pro+'s camera setup is wider, and it protrudes more on the back. The one on the Xiaomi Mi 10 Pro is taller, though.

Both of these phones have quite a bit of weight to them, but the P40 Pro+ is heavier, for sure. It weighs 226 grams, compared to 208 grams of the Xiaomi Mi 10 Pro. There's a good reason for that, the P40 Pro+ comes with a ceramic back, its back is not covered by glass, like on the Mi 10 Pro. Ceramic is tougher, but also heavier than glass, hence the phone's added weight. That's something you'll really love, or hate… it all depends on what you prefer.

Both of these devices have fairly large displays. The Xiaomi Mi 10 Pro offers a larger, 6.67-inch panel. The Huawei P40 Pro+ comes with a 6.58-inch display. The size difference is not really noticeable, to be quite honest. Both of these are AMOLED displays, and both offer fullHD+ resolution. The Huawei P40 Pro+ panel offers higher ppi, as its resolution is higher, and display smaller.

That's a lot of technical details, but what about the quality of the panels in real life? Well, both panels are truly great. Their viewing angles are great, and they are quite vivid. You won't be able to see pixels on either display, and the colors are spot on. The two displays also reproduce true black, as you'd expect out of AMOLED displays. The two displays also get bright enough outdoors, so that won't be an issue either. They're both truly great in this regard.

In terms of performance, both the Huawei P40 Pro+ and Xiaomi Mi 10 Pro deliver, big time. Both of these devices are flagship-grade phones, and it shows in terms of performance. Both phones can handle anything you throw at them. It doesn't matter if you're web browsing, consuming some media content, or doing a hardcore gaming session. These phones can run anything, even the most demanding Android games, with ease.

The Huawei P40 Pro+ is fueled by Huawei's latest and greatest SoC, the Kirin 990. The Xiaomi Mi 10 Pro, on the other hand, features the most powerful SoC from Qualcomm, the Snapdragon 865. Both devices include plenty of RAM, and well-optimized software. Speaking of which, do note that the Huawei P40 Pro+ ships without Google services, so you won't have access to Google apps, including the Google Play Store.

So, if the software part is not a concern for you, the Huawei P40 Pro+'s performance shouldn't be either. Truth be said, we cannot say which of the two phones is faster, as both of them are amongst the fastest Android devices in the market at the moment. The combination of their hardware and software provides great performance.

Huawei's flagships, in particular, had great battery life for years now, and so does the Huawei P40 Pro+. The device should be able to get you over 7 hours of screen on time per charge. Your mileage may vary, as your usage may impact it. But there you go. The device also comes with a ton of battery-saving options, so you can basically get a ton of battery life on a single charge from this phone.

The Xiaomi Mi 10 Pro is not exactly a disappointment in this regard either. The phone can cross 6-6.5 hours of screen-on-time with ease, at least it was able to do so in our testing. That will be more than enough for the vast majority of people. Do note that gaming will deplete its battery life faster, though. Do note that this battery life was possible with 90Hz refresh rate on, it wasn't downgraded to 60Hz.

Huawei has been making great camera phones for years now, and the P40 Pro+ doesn't disappoint, at all. The phone is equipped with great camera hardware, including Leica's lenses. In practice, it can deliver great-looking photos in all conditions, basically. The photos from its 50-megapixel main camera turn out extremely sharp during the day, and the same goes for ultra-wide shots from a 40-megapixel camera as well. If you need crazy zoom, a periscope camera is included as well.

When the light goes away, the P40 Pro+ shines as well. Its night mode can light up scenes to great extent, and it offers you complete control over that. The Xiaomi Mi 10 Pro is not a disappointment in terms of camera quality either. Xiaomi stepped it up this year, as the camera setup on the Mi 10 Pro is far better than it was on the company's flagship device last year. Images from the Xiaomi Mi 10 Pro turn out sharp, saturated, with great dynamic range. It has some issues with street lights during the night, but it's great most of the time.

The Huawei P40 Pro+ may have a slight advantage in terms of details and sharpness, while it does have a slight edge in low light as well. Both phones offer great cameras, though, and are amongst the best in the market at the moment.

Both of these phones include stereo speakers, which is great. Both of those speaker sets are capable of delivering great-sounding audio. The Xiaomi Mi 10 Pro managed to surprise us quite a bit in terms of that. Its speakers do seem to offer deeper bass, and richer sound than we expected, and may be slightly better in this regard.

When it comes to audio through headphones, both phones are quite capable. Neither of them struggle in that regard, and are really good across the board. The highs and mids are especially good on both phones. Do note that an audio jack is not available on either of these two devices, you'll have to opt for Bluetooth or Type-C port.