It seems like Geekbench just confirmed that the OnePlus Z will feature the Snapdragon 765G SoC and 12GB of RAM. The device appeared with an 'AC2003' model number.

Now, we cannot really be sure this is the OnePlus Z, but everything fits right into place. The OnePlus Z is the only mid-range smartphone that the company is planning to announce this year. At least that's what the reports have been saying.

The OnePlus Z will ship with the Snapdragon 765G SoC, it seems

Therefore, this can only be the OnePlus Z. This device even comes with the processor the OnePlus Z was reported to include. The Snapdragon 765G is mentioned on Geekbench.

That is one of the most powerful mid-range chips Qualcomm has to offer, and this 'G' model does support 5G connectivity. That basically means that the OnePlus Z will support 5G.

A well-known tipster, Max J., confirmed a while back that the OnePlus Z will be fueled by the Snapdragon 765. So, as previously noted, everything fits right into place here.

Geekbench also reports that the device will ship with 12GB of RAM. Do note that an 8GB RAM variant may also be a possibility. We're still not sure if OnePlus plans to release one variant, or more.

Keeping in mind that more than one variant of the OnePlus 8 and 8 Pro is available, the same may happen with the OnePlus Z. Android 10 will come pre-installed on the phone as well, as expected.

That is actually the last piece of spec information that was mentioned on Geekbench. This listing surfaced yesterday, and it did share single and multi-core o benchmarks as well.

The device managed to hit 612 points in the single-core test. It scored 1,955 points in the multi-core benchmark. Do note that this is a pre-production unit, so these scores may be off, quite a bit.

The phone will become official in July, alongside the OnePlus Buds

There you have it, it seems like we're looking at OnePlus' upcoming mid-ranger here. The device is expected to make an appearance in July, along with the OnePlus Buds.

Based on previous leaks, the phone will be made out of metal and glass. It will include really thin bezels, and a centered display camera hole. A flat display will also be a part of the package, by the way.

We're guessing it will not support wireless charging, but it will support fast wired charging. The phone will likely include the same main camera sensor as the OnePlus 8, by the way. More than one camera will be included on the back, though. 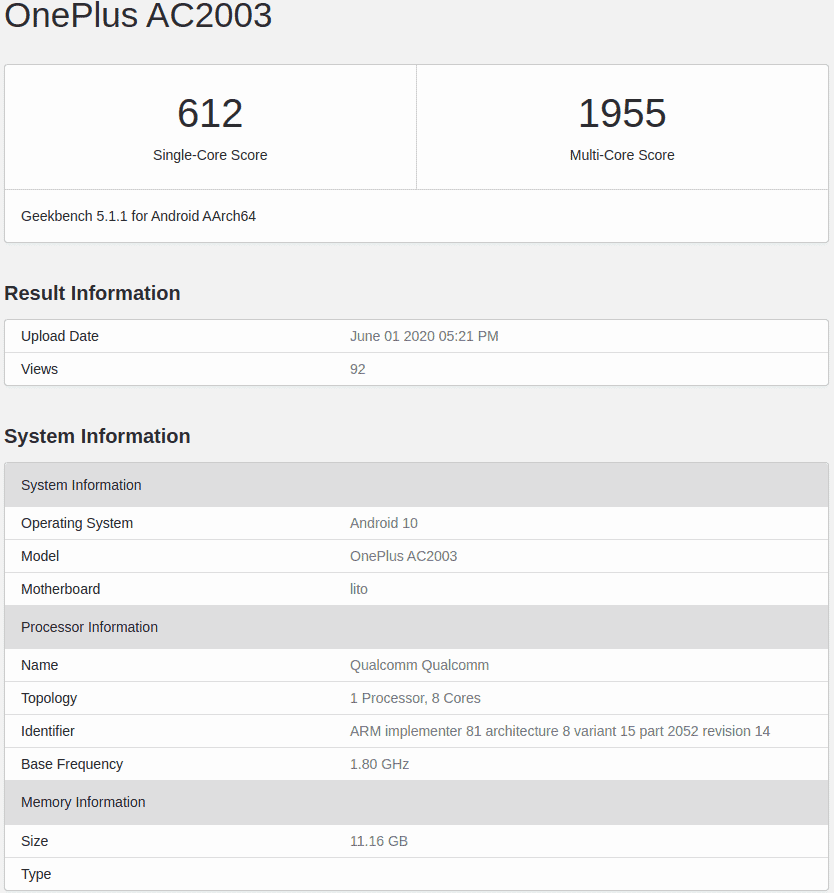