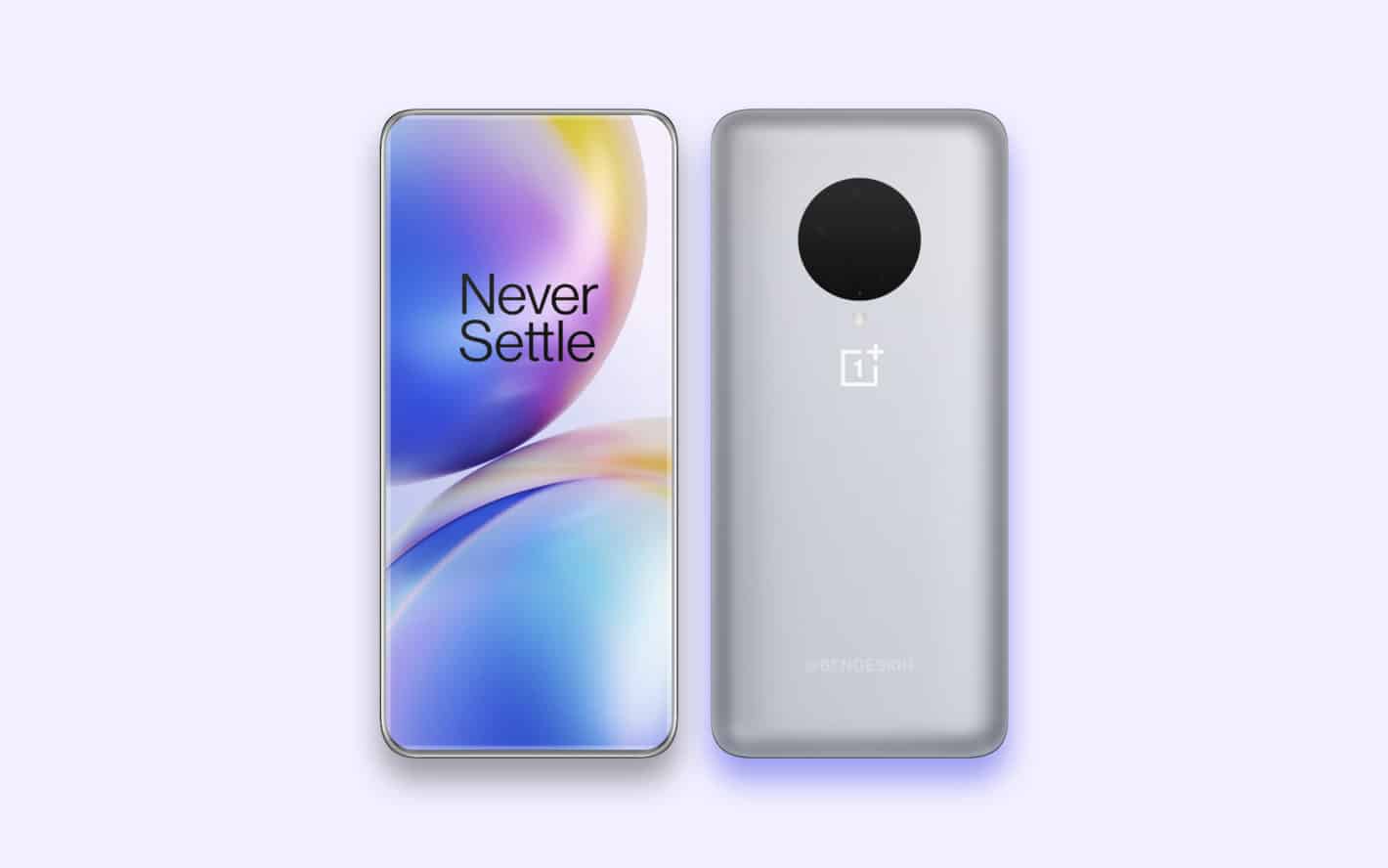 The OnePlus Pro is a new concept that Ben Geskin came up with. This designer is well-known for his smartphone concepts, and before we get into it, this is just a third-party concept. It is not a leak of any sort.

This design shows a phone that came from Mr. Geskin's imagination, and yet, it may resemble a future OnePlus smartphone. Mr. Geskin envisioned this handset for 2021, and OnePlus may release something similar next year.

This phone does not have a notch, or a display hole, while its bezels are basically non-existent. A metallic frame does surround the phone's display, but that's about it.

This phone has an under-display selfie camera, and an under-display fingerprint scanner. On top of that, its rear-facing cameras hide away when you're not using it. The device is using electrochromic glass that OnePlus already showed off on the OnePlus Concept One smartphone earlier this year.

Under-display camera technology is progressing by the day, and it may make its way to consumer phones by the end of this year, or next year

OPPO and Vivo are at the forefront of that technology, and OnePlus is a sister company to those two tech giants.

What I'm trying to say is, OnePlus may utilize an under-display selfie camera next year. The phone's display seems to be slightly curved, while the back side is curved towards the edges, on all sides.

A camera module on the back is circular, and an LED flash sits below it. OnePlus' logo is placed right below that sensor. The designer also envisioned a spec sheet for the OnePlus Pro concept smartphone.

The device features a 6.7-inch QHD+ 120Hz display, an OLED panel. The Snapdragon 875 fuels it, while the phone rocks 12GB of RAM. The designer also envisioned 512GB of internal storage here.

A 5,000mAh battery is included here, along with 60W wired & wireless charging

A 5,000mAh battery sits inside of this imaginary smartphone, while the device supports 60W fast charging, both wired and wireless. The designer also figured out a camera setup on the back.

A 64-megapixel wide-angle camera is this phone's main camera. A 16-megapixel ultra-wide camera is also included, along with a telephoto camera that enables 10x optical zoom. A 3D ToF camera sits on the back as well.

A 16-megapixel selfie camera sits underneath the phone's display. That is pretty much all the information that the designer shared about this imaginary phone. It remains to be seen if OnePlus will utilize under-display camera tech next year.