The OnePlus Nord is one of the most anticipated handsets in the tech community at the moment, and it seems like OnePlus is also referring to it as ‘Avicii’.

Confused? Well, that seems to be the codename of this device. Earlier this month, Ishan Agarwal suggested that ‘Avicii’ may be the OnePlus Z’s codename. Well, it seems like that info has been accurate.

‘Avicii’ is the codename of the upcoming OnePlus Nord

Ishan Agarwal went to Twitter yet again, to prove his claim. He shared an image that Carl Pei shared, and then deleted. In that image, you can see Avicii T-shirts, as shown below. 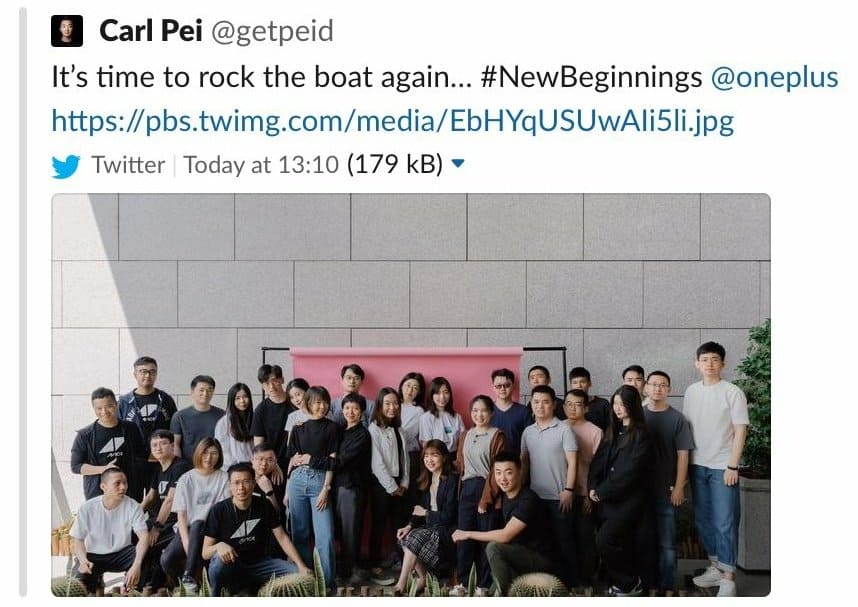 If the word ‘Avicii’ sounds familiar, it should. Avicii was a well-known Swedish DJ, he was popular all over the world, basically. Unfortunately, he’s no longer with us, as he passed away back in 2018.

This may be OnePlus’ way to honor Avicii’s work, we can only guess at this point. ‘Avicii’ codename is quite specific, though, and it’s most certainly connected to the DJ. it’s too specific.

The OnePlus Nord will become official next month, it seems. The phone is rumored to launch on July 10, though the company didn’t confirm its release date just yet.

The company did tease something yesterday, though. A cyan-colored OnePlus logo was shared, with a promise of something new on the horizon. OnePlus’ co-founder, Carl Pei, said it’s “time to rock the boat again”.

The phone will arrive in early July

This is clearly pointing towards the OnePlus Nord launch, so it seems like it is coming in early July, as rumored. The device may launch in India, but it will be available in a number of regions all over the world.

The OnePlus Nord will become the OnePlus X’s spiritual successor. It will be a mid-range offering from the company, and yet pack a punch, that’s for sure.

The OnePlus Nord will be fueled by the Snapdragon 765G 64-bit octa-core processor. That is one of Qualcomm’s best mid-range chips, and the device will support 5G connectivity.

The OnePlus Nord will be made out of metal and glass. It will include a centered display camera hole, and a flat display, most probably. The phone will feature four cameras on the back, it seems. If you’d like to know more, click here.