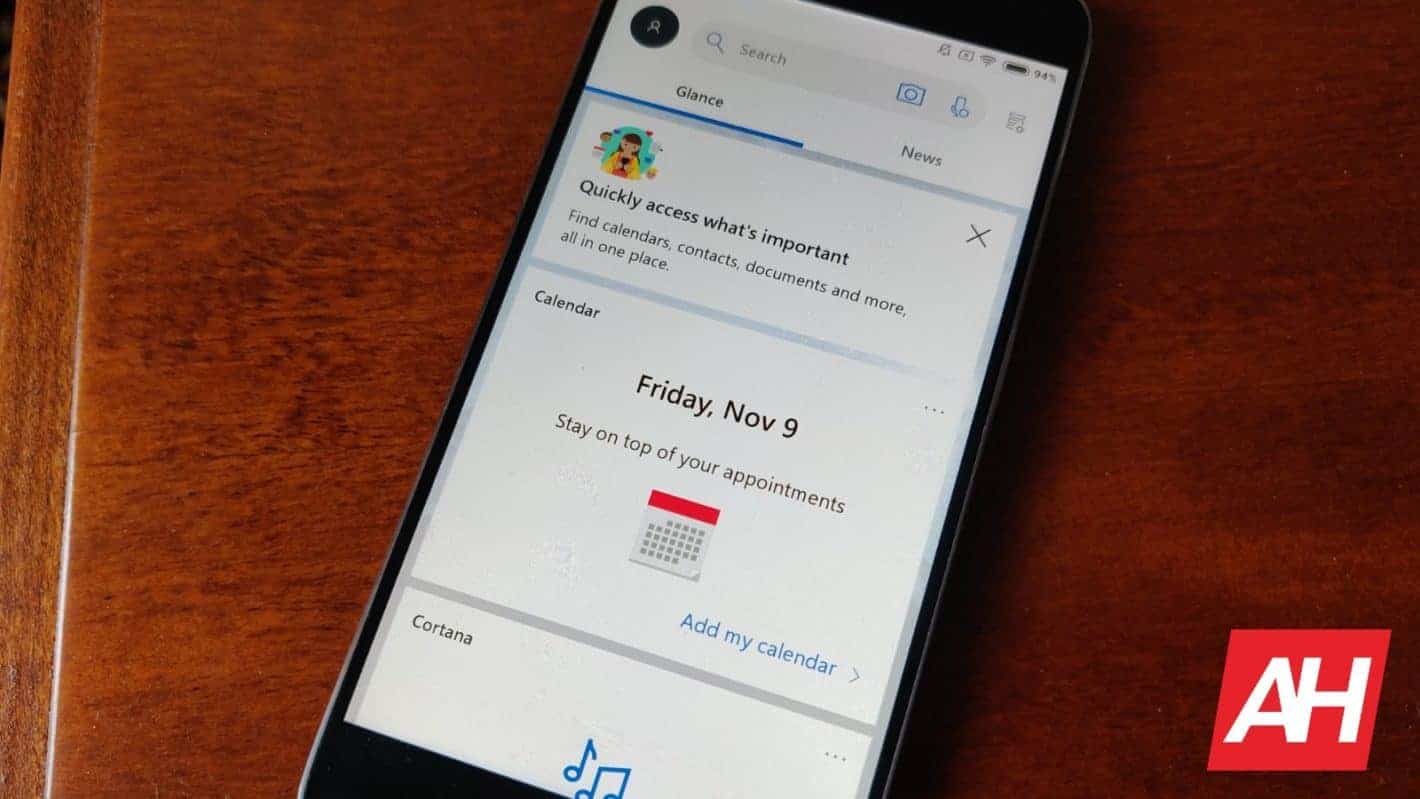 Version 6 of Microsoft Launcher has now landed in beta on Android, delivering a fresh look for the 'Feed' and Landscape Mode.

The latter of those changes, however, could be the most consequential, based on related reports. While a landscape orientation mode is built directly into Android out-of-the-box, Microsoft's launcher for the platform didn't previously support it. Android excels on its customizability and user-friendly features that cater to user preferences. Some people, for better or worse, just like using their device held horizontally.

Now, they'll be able to do just that — at least once this update comes to the stable variant of the app. In the current beta iteration, Microsoft Launcher simply turns everything sideways. That places the navigation icons at the right-hand side, spun so that they're properly oriented. The app dock, meanwhile, remains next to that, now vertically oriented.

Finally, other UI elements are shifted around for a more landscape-friendly appearance and interactions.

What else is new in Microsoft Launcher version 6 beta?

Aside from a few fixes making their way over with the beta version of Microsoft Launcher 6, the Microsoft Feed has also undergone a major redesign. Namely, it's much better organized, with better card spacing for better readability. The background, when accessed via a swipe to the left-most screen, is blurred behind the primary UI.

Now, because of spacing refinements, that Feed can't quite hold as much information or shortcut cards as previous iterations. But the improved aesthetics and readability will undoubtedly make up for that. That, in turn, should help the app retain its position as one of the best launcher replacements around.

Another aesthetic change can be found in the Bing and Microsoft folders too. Now, there are new wallpapers stored locally in those locations. That allows users a wider variety of theming options than were previously available. And that's without the need for users to go online, eat through mobile data, and download new wallpapers.

Building on previous updates, Microsoft has additionally worked to improve performance. But it's also fixed some problems apparent in previous versions. That includes fixes to allow up to three rows in the Dock and better organization of app drawers via folders. Users can also now double-tap to lock the screen and the app search feature should be improved.

Finally, there is a slew of undefined miscellaneous "bugs and crashes" that have been fixed here, according to the app update log.

To get signed up for beta apps, users need to navigate to the app's page on the Google Play Store. Scrolling down reveals a "Join the beta" link. Clicking that navigates to a sign-up page and, after signing up, users should see the update within the next several hours at most.