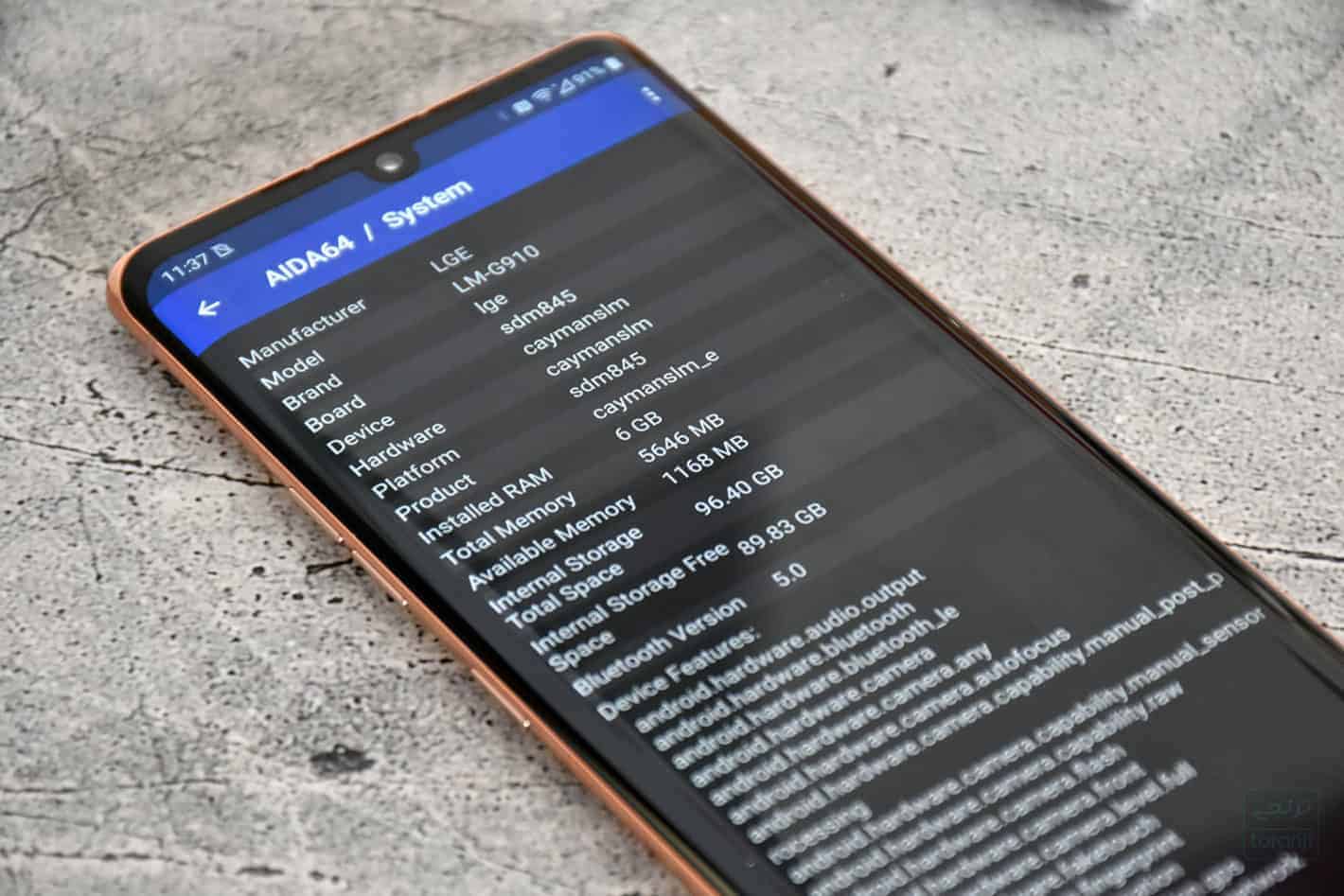 It seems like LG is planning to launch a 4G variant of its Velvet smartphone, and it will use the Snapdragon 845 SoC on the inside. The phone's specifications and live images have surfaced online.

If you take a look at the image provided below this paragraph, you'll see the front side of the device. On the display, some of the phone's specifications are listed. 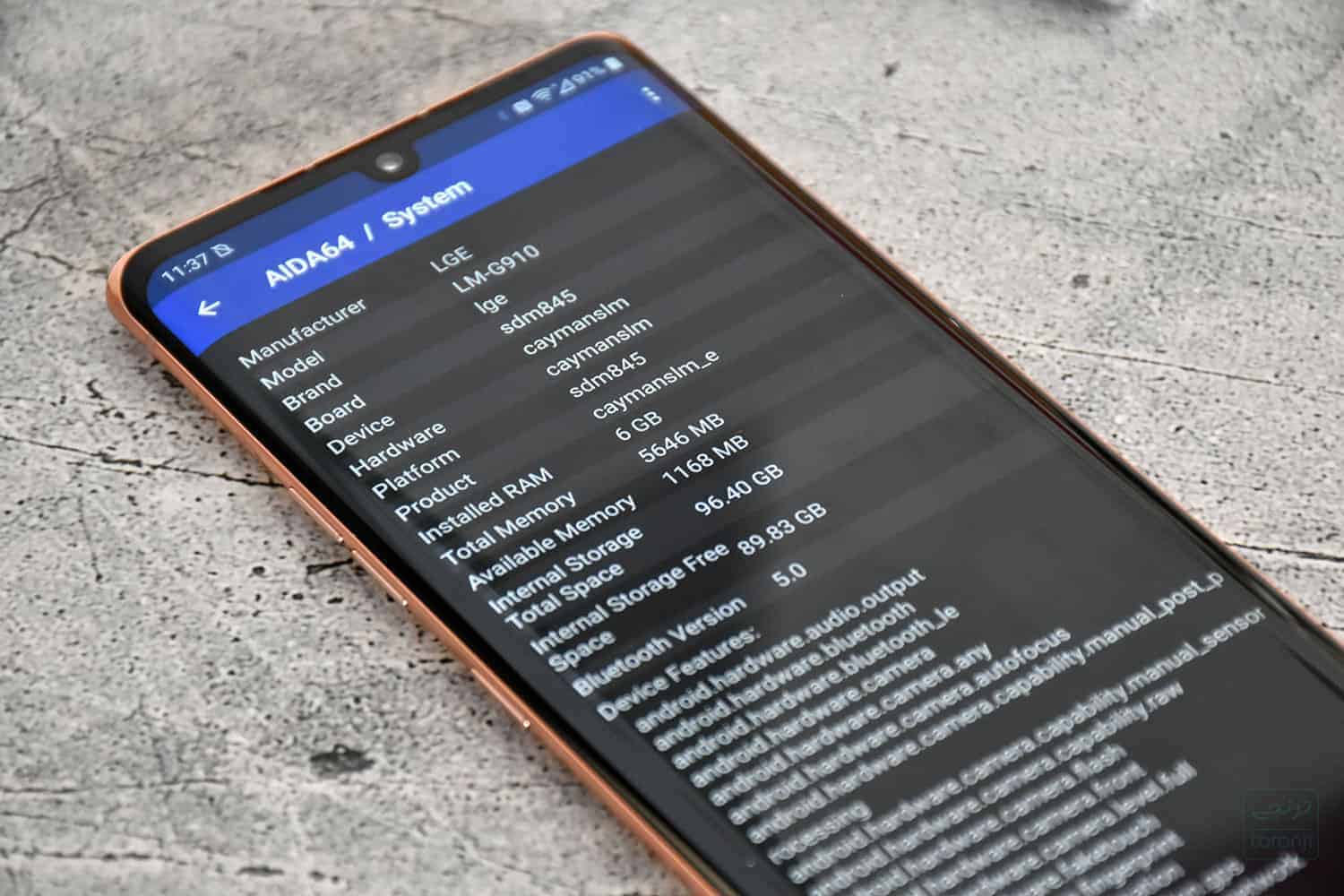 Those specs include the Snapdragon 845 SoC, 6GB of RAM, and 128GB of internal storage. The specs are listed inside the AIDA64 application, which is shown on the display. 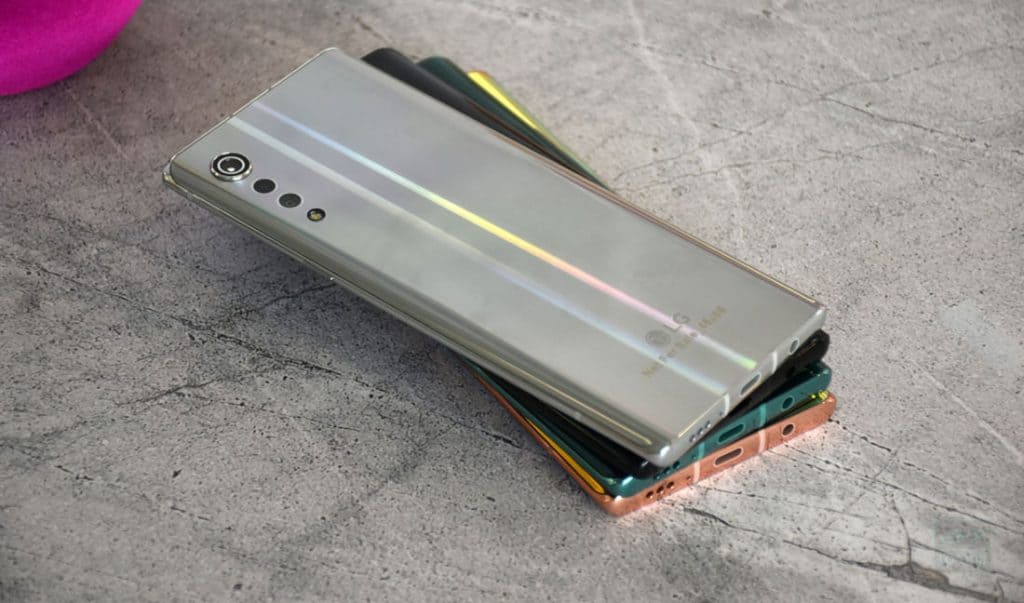 The image below this paragraph, shows the back side of the device. Those two images basically confirm that the 4G model of the LG Velvet will look the same as the 5G variant.

The phone will be available in Aurora White, Aurora Gray, Aurora Green, and Illusion Sunset color options, it seems. All of those color variants are shown in the provided image.

This phone comes with a model number 'LM-G910', while the LG Velvet 5G is marked as 'LM-G900'. That's not all, though, the phone also popped up on Geekbench. 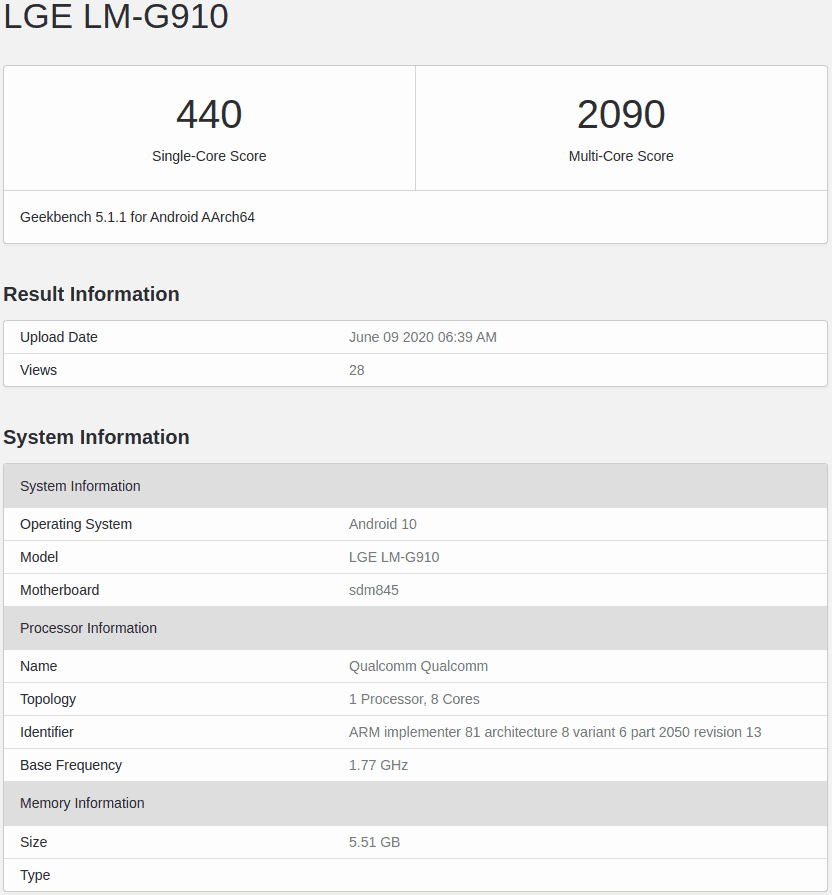 That listing also confirmed its model number, and some of its specifications. Geekbench also claims that the Snapdragon 845 will fuel this phone, while 6GB of RAM will be included.

The phone will ship with Android 10, the same as its sibling. The device managed to score 440 points in the single-core benchmark. In the multi-core benchmark, it hit 2,090 points.

It will be around 20-percent cheaper than the 5G model

This handset is expected to be around 20-percent cheaper than the 5G variant. It will arrive to select markets in the near future, we have a feeling that the launch is right around the corner.

This handset will have the same waterdrop display notch as its siblings. It will be made out of metal, and have that raindrop camera design on the back.

The phone will feature a 6.8-inch fullHD+ display, along with stereo speakers, a 3.5mm headphone jack, and a large battery. It remains to be seen if it will be the same 4,300mAh unit as in the 5G model. In any case, the phone will support 25W fast wired charging, and 9W wireless charging.