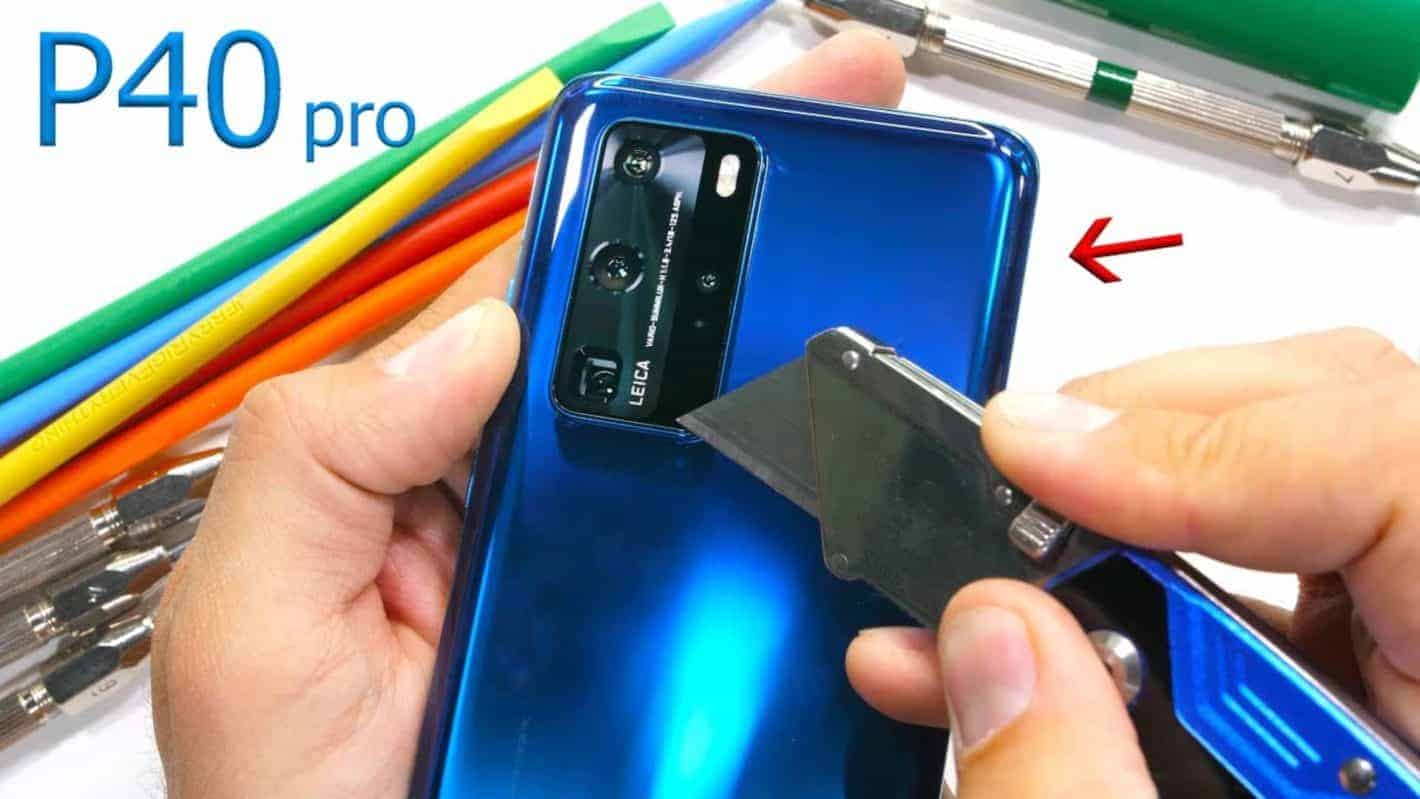 The Huawei-built P40 Pro has now been put through its durability paces by JerryRigEverything's Zack Nelson. The recently-uploaded video, embedded below, showcases results that most will undoubtedly find unsurprising. As with previous Huawei gadgets, the handset comes out relatively unscathed, passing the popular YouTuber's durability test with flying colors.

How did the Huawei P40 Pro fare on durability?

JerryRigEverything starts the review of the Huawei P40 Pro durability with a brief description of the device. The coloration for the test is 'deep-sea blue', and the handset starts out the test blemish-free. The result is a subdued, almost-black blue glow. That gives the device a "professional" aesthetic that all but hides the Huawei logo when held from most angles.

In the box, Huawei includes a case, the usual accessories such as a charger and headphones. Huawei packs in a pre-installed screen protector too. The latter protective accessory is quickly removed to start the scratch resistance test. As would be expected from an all-glass phone packed into a metal frame, surface scratches start at a Mohs hardness rating of 6. Deeper, more obvious grooves appear at level 7.

The glass is only interrupted by the metal frame at the corner. Conversely, it also covers the cameras on both the front and back of the device. So there's plenty of scratch prevention against keys and other common objects there. The glass won't protect against minerals or micro-abrasions from 'pocket dust'.

Metal is more easily scratched, of course. But it helps protect the gadget in drops. Huawei applied the same metal throughout the device from the edges and SIM drawer to the power and volume buttons. Huawei chose to surround its rear-facing camera in the same metal.

The material also offers better rigidity. Regardless of how much pressure was applied to the front or back, the bend test here resulted in no permanent damage whatsoever.

In terms of caveats, the only noteworthy failure happened under the "lighter test," meant to simulate high-heat damage to the display panel. The lighter test left a permanent white mark on the front of the gadget after around 30-seconds. But that's not unexpected, even from high-end devices.

But you still can't buy this phone

As noted out by JerryRigEverything, the extreme apparent durability of the Huawei P40 Pro is really a moot point in the US. But that's not because Huawei's handsets are otherwise bad devices. Although they do lack Google apps for the time being.

While the company is still selling its devices outside of the US, it isn't in any position to sell them in the region. In fact, it's effectively been banned via its placement on the government's Entity List. The ban followed on a slew of concerns about spying by the Chinese government, among other alleged illicit activities.

The resulting rollercoaster of licensing and restrictions hasn't seemed to phase Huawei in terms of sales. But the US government added Huawei to that list back in 2019. And the company has fought those sanctions every step of the way. So it doesn't seem like that's going to change any time soon. With consideration for the durability, performance, and design of the handsets it is still releasing, that might be best described as unfortunate.