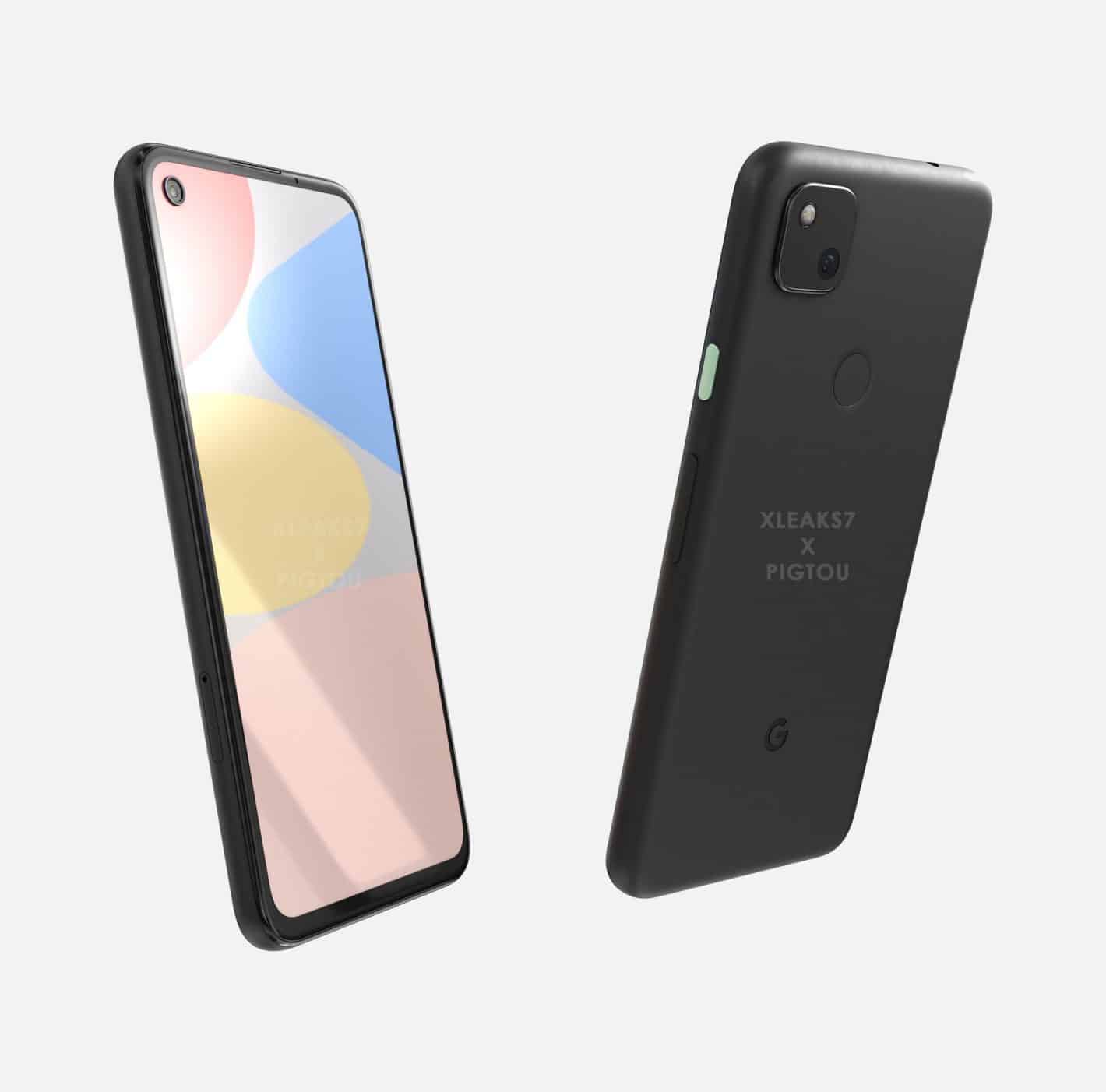 This article will be regularly updated with new information on the Google Pixel 4a (this is a preview article) — both official teasers and credible leaks, rumors, and insider claims — as it becomes available in the run-up to the release of the upcoming Android smartphone. The last update was made on June 19.

The Google Pixel 4a is the next smartphone Google will announce. This will be a new mid-range offering from the company, and a direct successor to the Pixel 3a. That is why we're here to talk about the Pixel 4a, in the form of a preview. We'll basically share everything (important) we know about the Pixel 4a thus far.

The Google Pixel 3a was announced back on May 7 2019. Now, it was rumored that Google will announce the Pixel 4a during Google I/O this year, but Google I/O got canceled. Well, there will still be a Google I/O but not the way we're used to. Click here to know more.

In any case, the Google Pixel 4a launch date got moved because of it, allegedly, we'll talk more about that later on. The Pixel 4a is expected to offer mid-range specs, and a flagship-grade camera, just like its predecessor. It's also expected to bring an updated design, and an affordable price tag.

The Google Pixel 4a surfaced several times thus far. The phone appeared in both renders and real-life images. Considering that most of those images came from reputable sources, it's safe to say that we know the design of the phone at this point. As you can see in CAD-based renders shown below, the Pixel 4a will be made out of polycarbonate (plastic). That is not surprising, as the same happened to its predecessor. It's a good cost-cutting choice on Google's part.

The device will not include thick bezels above and below the display this time around, though. It will have rather thin bezels all around, and a display camera hole in the top-left corner. The phone will also include a flat display, not a curved panel. That is not only a more affordable option for Google, but the option that most consumers will prefer.

Real-life images of the Pixel 4a also surfaced, as already mentioned. These images not only show the front and back sides of the device, but one of its cases as well. This seems to be one of Google's fabric cases, as you can see below. Based on the images we've seen since then, these real-life images are probably spot on. Do note that an early prototype is shown here, though, as not even the company's logo is placed on the back yet. It's also worth noting that the Active Edge feature probably won't be included.

The 'XL' variant allegedly won't be coming… or will it

According to a report that surfaced in April, Google is not planning on releasing the Pixel 4a XL. This is quite an interesting choice by the company, as the Pixel 3a XL was announced last year, in addition to the Pixel 3a. The Pixel 4a will include a larger display this time around, so perhaps Google though that an XL variant is not necessary.

We are only guessing here, of course, as the report itself did not really share a reason for the omission of the XL variant. There are people out there that prefer huge smartphones, so they may be let down by this. Still, as already mentioned, the Pixel 4a will have a larger display, so the vast majority of people will probably be happy with it.

Following the rumor that we've mentioned, a new one surfaced. Well, this is more of a leak than a rumor. The Pixel 4 XL presence has been confirmed, in a way. The device has been spotted on a Vietnamese website. Truth be said, we don't know what to believe at this point, so it's 50:50.

Mid-range specifications, and a flagship-grade camera

Now, in terms of specs, we don't have the full picture just yet, but quite a bit of info surfaced. The Google Pixel 4a is expected to include a 5.81-inch fullHD+ OLED display. The resolution will be 2340 x 1080, and this won't be your fancy high refresh rate display. It will be a 60Hz panel, it seems, at least based on reports.

The Snapdragon 730 64-bit octa-core processor is expected to fuel the device. That is one of Qualcomm's mid-range processors. It's not its best mid-ranger, but it's nothing to scoff at either. The phone will not include 5G support, by the way, in case you were wondering. That's another good call by the company, as that would unnecessarily drive the phone's price tag up.

In terms of charging, you can expect it to support 18W fast wired charging. Wireless charging likely won't be included, which is a shame. The phone is made out of plastic, and can easily support wireless charging. This may change, of course, but Google probably did it as yet another cost-saving opportunity, as it's not an essential feature.

In terms of cameras, you can expect two overall. A 12.2-megapixel camera will be placed on the back of the device. That camera will likely be the same as the one on the Pixel 4. It will support both OIS and EIS, and will be capable of recording both fullHD and 4K video. It will ship with an f/1.7 aperture lens, and 1.4um pixel size. PDAF will also be supported. If you'd like to check out some sample shots, two leaked out.

A front-facing camera will probably also be copied from the Pixel 4. If that ends up being the case, you can expect an 8-megapixel unit with an f/2.0 aperture lens. That sensor comes with a 1.22um pixel size. It is worth noting that a secondary TOF camera will not be included in this package. Even the camera review surfaced ahead of time, you can check out some samples by clicking here.

A 3.5mm headphone jack will also be included in the package, along with Type-C USB port. Needless to say, Android 10 will come pre-installed on the device. Pigtou also shared the probable dimensions of the device, the Pixel 4a will measure 144.18 x 69.46 x 8.2mm (9.13mm with a camera bump). That is pretty much all the spec information that we have at the moment.

It is also worth noting that the device even got reviewed prior to its launch. That is not all that surprising considering that the same thing happened with the Pixel 3 series last year. The phone got reviewed in a YouTube video.

Evan Blass has leaked some images of billboards which showed off the Pixel 4a design and confirmed its name. On top of that, those billboards revealed the phone's price tag. The Pixel 4a pricing will start at the same point as the Pixel 3a pricing last year. The base model will set you back $399.

Just to be clear, that price tag will probably be for a 64GB storage variant of the phone. The 128GB model, which more people will probably be interested in, will be a bit more expensive. Its price tag did not leak out, but if we had to guess, we'd say that it will cost $439, or something along those lines.

Now, a separate rumor surfaced later on, suggesting that the Pixel 4a may cost even less. The 128GB storage variant of the device with 4GB of RAM (base model), is rumored to start at only $349, that's $50 less than the initial rumor suggested.

The Pixel 4a will be shipping to consumers in… October?!

The information regarding the phone's availability is not yet entirely clear. Several rumors surfaced. May 22 was discovered in the database of Vodafone Germany a while back. A separate rumor claims that the device will not be launching until June. That goes for the US launch, which will be first no matter what way you spin things. A third rumor, and most recent one, says that the Pixel 4a launch has been delayed. The phone is now expected to arrive on July 13, and become available sometime in August or even possibly in October.

The Pixel 4a was supposed to launch during Google I/O, but the launch date has been moved. The phone will probably launch on July 13, while the time it will go on sale is still a mystery. If we had to guess, we'd say it's coming in July, the only question is, when. The device may even launch with a Pixel 5 name instead, if a recent rumor is to be believed. Based on the leaks, the Google Pixel 4a will ship in at least three color options. The phone will be available in Just Black, Barely Blue, and Clearly White colors. Google may introduce some additional color options, though.