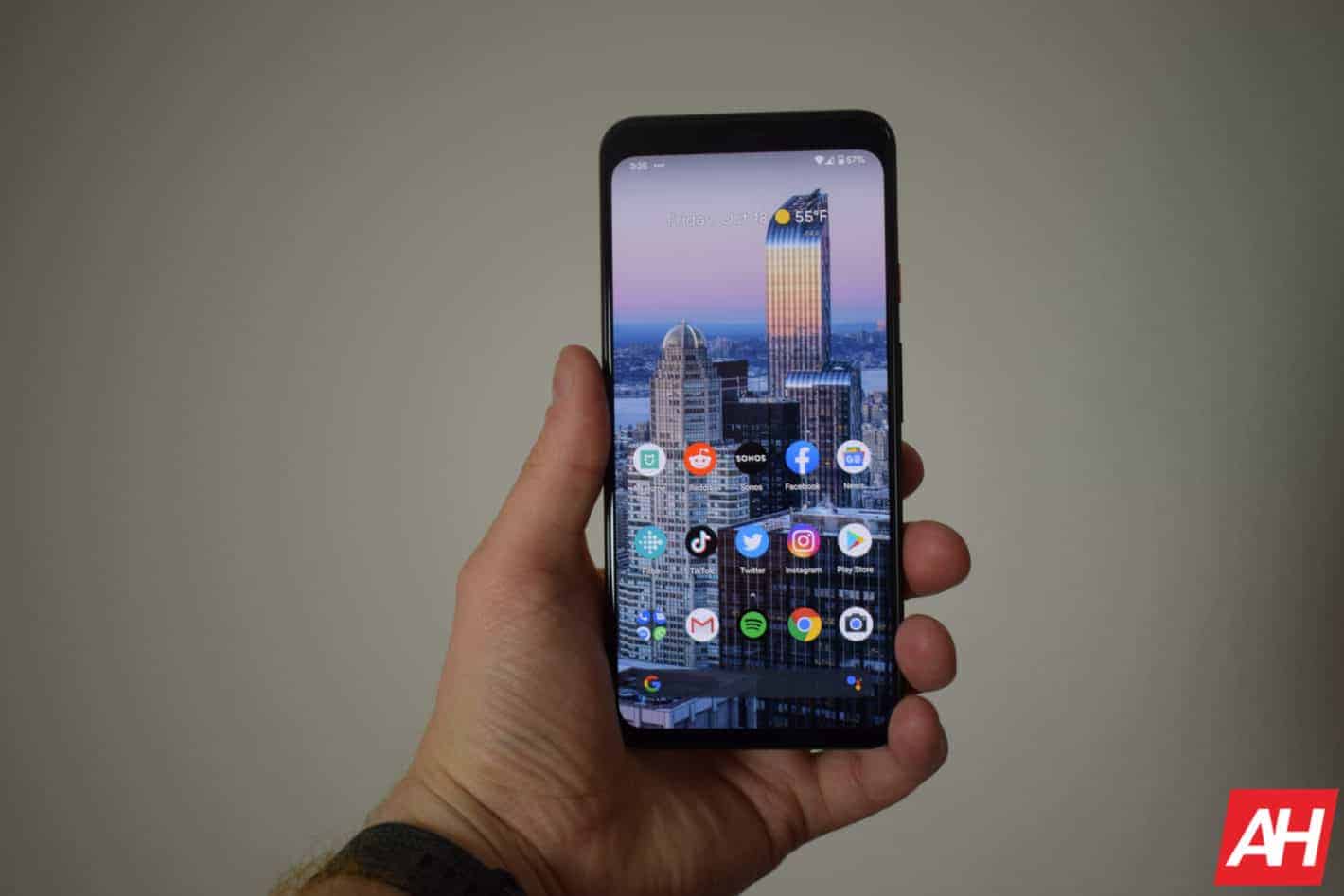 With the Pixel 4, Google decided to go all in with Face Unlock, and removed the fingerprint sensor altogether. I didn't have much of an issue with the Pixel 4 Face Unlock – other than some of my apps still not supporting facial recognition – until we all started wearing a face mask.

We should all be wearing face masks, that is not up for debate here. But Google should allow users to add a second face or appearance to Face Unlock so that we can unlock our phone when we are at the grocery store or elsewhere. Instead, we have to resort to putting in our PIN. Now yes, putting in a PIN is not that inconvenient. But it is a lot slower than pulling out your phone and it unlocking as soon as it sees your face. Especially if you have a complicated PIN to put into your Pixel 4.

I'm not alone. And this isn't just a Pixel 4 problem either. Apple decided to go all in on Face ID a couple of years ago as well. And this could explain partly why the iPhone SE (2020) is selling so well – it brought back Touch ID. The difference with Apple is, they have added an option to add a second appearance to your Face ID. This way your phone will unlock when you have a mask on versus when you don't.

When is Google going to allow Pixel 4 users to add a second appearance?

It would be very (might I say, extremely) helpful to have this option. Sure you can set up face unlock to work with your mask, but then it doesn't work when you're not wearing one. Like when you're at home and not wearing a mask.

We like to make fun of how behind Android, Apple is. But in this instance, they are ahead. And it's pretty incredible that Google hasn't added this ability. It also makes the Pixel 4 series a bit tougher to recommend. In this age of mask wearing.

You see, with the Pixel 3, you have a fingerprint sensor. So wearing a face mask doesn't matter, as it's not looking at your face to unlock the phone. But with the Pixel 4, that's not an option. Which is why we are thankful that other companies like OnePlus and Samsung have opted to keep the fingerprint sensor, while also adding facial recognition.

Some people say that it does work with a mask on, but it looks like it depends on how thick your mask is. Google's Face Unlock has had some problems even since launch. With lots of false positives. Particularly the fact that your eyes didn't need to be open for it to work.

I mean, Google's Face Unlock can recognize you when you have shaved, cut your hair and even wearing sunglasses. But a face mask, nope, it can't see that. It's really annoying, especially if you use your phone a lot while you're outside.

All of this really makes me miss Samsung's Iris scanner that it was putting into its flagships up until last year.

The Iris scanner would scan your eyes to unlock your phone. It's definitely more secure than face unlock, but also a lot more expensive. Not to mention it takes up more space, and that is likely why Samsung dropped it. Since it moved to the hole punch display last year with the Galaxy S10.

It wasn't super popular, but in today's world of everyone wearing a mask in public, it would definitely be a good feature to have.

Face Unlock is supposed to be about convenience, but with face masks convenience has gone out the window

Face masks have posed all sorts of problems for us. Some people complaining that the can't breathe while wearing them, some just don't want to wear one. And this includes the inability to unlock your smartphone now, because you're wearing a mask.

This is most definitely a first world problem. There's no doubt about that. But one of the biggest companies in the world should be able to update its software to allow for a second appearance. Or even to just adjust the facial recognition to know you're wearing a mask and unlock itself.

Google has commented on the matter, saying that Face Unlock wasn't made to recognize people when they are wearing a mask. But has not said whether that will change.

Face Masks aren't going anywhere, anytime soon. And in fact, we all might be wearing these for the foreseeable future. So Google is going to need to do something about it, for biometric authentication on its smartphones. Whether that means bringing back a fingerprint sensor on the Pixel 5, or improving Face Unlock on the existing Pixel 4. Something needs to happen.

This was already a problem for many people in California who were wearing face masks during the wildfire season. As well as those in Asia, where it is pretty common to wear face masks.

AI will need to be trained to recognized face masks

Which is why the ability to add a second face or appearance is a temporary fix. So that we can all stay safe by wearing face masks and still keep our phones locked. I'm no engineer or developer, but it can't be that hard to add the ability to add a second face to face unlock. I mean, Apple did it very quickly after the virus started spreading outside of China. So it's obviously not as hard as widgets – which took them 10 years to add.