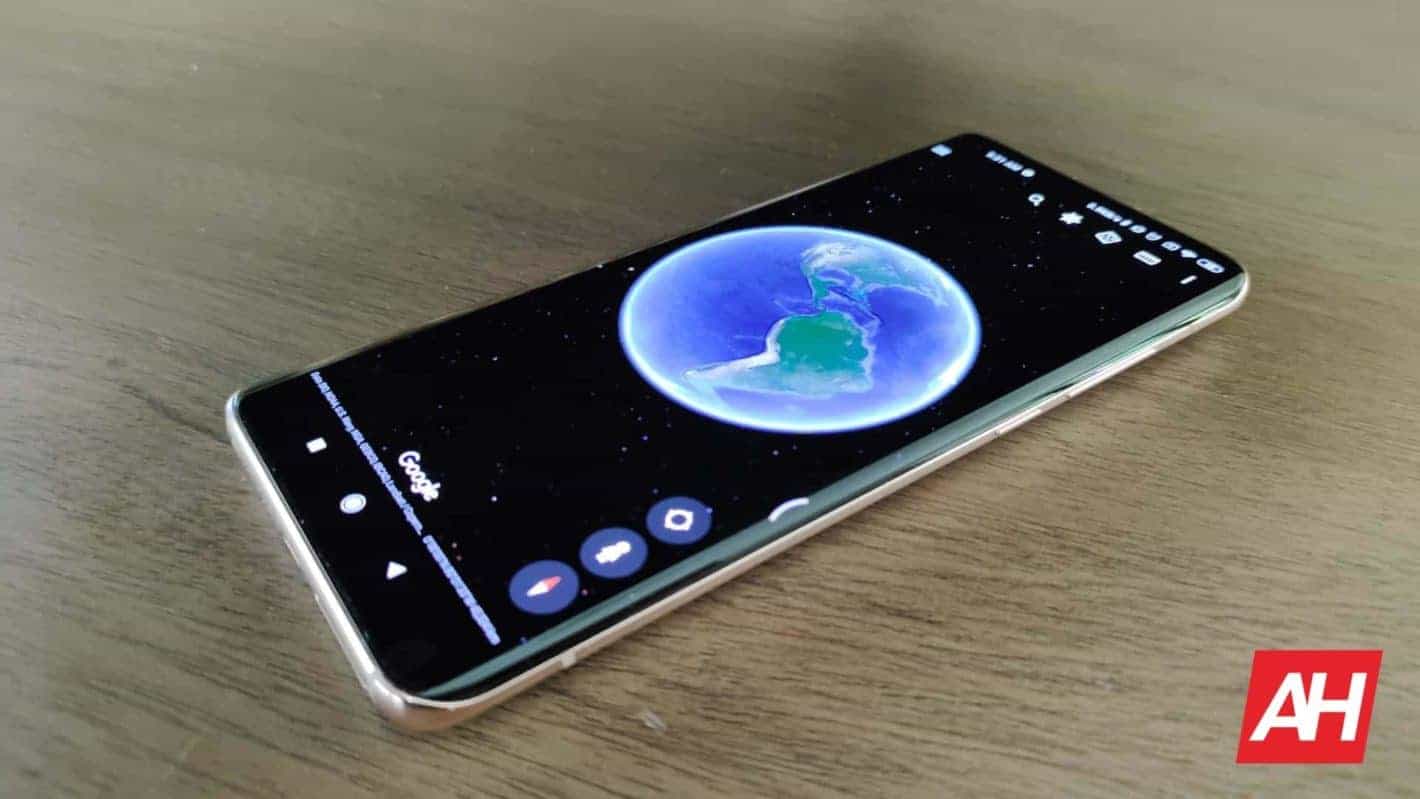 A recent APK teardown of the Google Earth application — specifically, version 9.3.19.8  — suggests that Google could implement Dark Mode in the app very soon. Performed by XDA Developers, the teardown showcases several tell-tale strings. Those are tucked in the underlying code and aren't activated by default but were activated manually to give some indication of how the new theme will look in the app.

In particular, the source notes that strings are added for "Dark theme" settings. Those showcase the same options found in other apps made by Google. So users will be able to elect to keep the light theme or move over to the dark theming. Additionally, users will be able to follow the system settings too. The code explicitly points to the mode as a way to "reduce glare" and "improve night viewing."

Also falling in line with Dark Mode support in other Google apps, the search giant has opted for dark gray coloration. That's as opposed to the deep black color used in some apps and better suited for AMOLED display panels. Presumably, that option was chosen to account for the fact that not every mobile user is accessing the app via a high-end display. But it also keeps things consistent with Android 10's system-level dark mode.

Of course, that doesn't mean this change will necessarily be easy to spot when it arrives. While the settings menu in Google Earth is typically white in color, the rest of the UI is predominantly taken up by satellite images. Otherwise, photographs and renders based on satellite images are used. Typically, deeper black colors are used for the notification and navigation bars in the Earth app too.

So the majority of the interface will remain the same.

There are a few other interactive elements that crop up when users interact with the 3D map as well. For instance, pulling up from the bottom or tapping a spot on the globe calls forward in-depth details on material design-inspired cards. So those elements will undoubtedly be themeable in Google's deep gray color as well.

Now, Google has been moderately pacing itself when it comes to bringing Dark Mode support for all of its apps. It's namesake app, the Google app, only just received the theming back in May. It has, conversely, also been faster than some other exceedingly popular apps such as those from Facebook and eBay. But that doesn't necessarily mean this will arrive on the user side in the immediate future either.

Given that there aren't many elements that need to be changed over and that Google has had plenty of practice implementing the change though, it will arrive sooner than later. In general, the turnover time between these features appearing in an APK and on the user-side has been quick. Typically that's timescales measured in weeks rather than months.