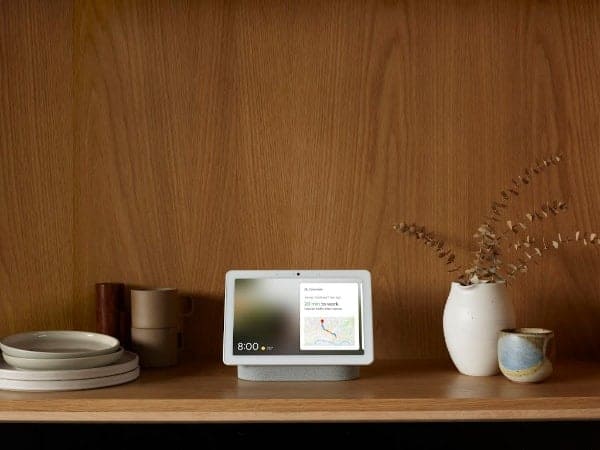 Google Assistant smart displays are getting another feature update today with support for household contacts.

This is following the recent addition of smart displays like the Nest Hub getting support for group Duo calls. Though it's not just limited to the Nest Hub. It's any smart display with Google Assistant. The group call support up to 32 people too.

With the household contacts being ported into these displays, calls from these devices are gaining additional possibilities. Basically by making certain contacts accessible from the smart display where they wouldn't be otherwise.

First, using the household contacts feature on a Google Assistant smart display is a way to easily call specific people.

The goal is to make it so the user who sets up the smart display can share contacts with the household contacts feature. Anyone else in the home who has access to the speaker can then call any of those contacts should they need to. Without having to do anything else.

It does require that the speaker be set up in US English as the main language though. Which really appears to be the only requirement that is laid out. Other than that, everything would be done by whoever sets up the speaker as the main user.

Calling made easy is the name of the game

The whole reason Google developed this in the first place was to make calls from smart display much easier. With household contacts it is.

Then again, it's only easier if it's used as it's intended. Any contacts you share with the household contacts feature will be available for anyone to call with just a tap. Since Voice Match isn't required, it's much simpler for anyone to place a call.

Meaning you want to be sure that only people you wouldn't mind using this have access to it. That leads to the other important factor in that calls can be placed just by tapping the voice or video call options. You don't have actually speak to Google Assistant as long as the person is in the household contacts menu.

If you have a Google Assistant smart display, look for this show up on your device throughout the day and rest of the weekend.