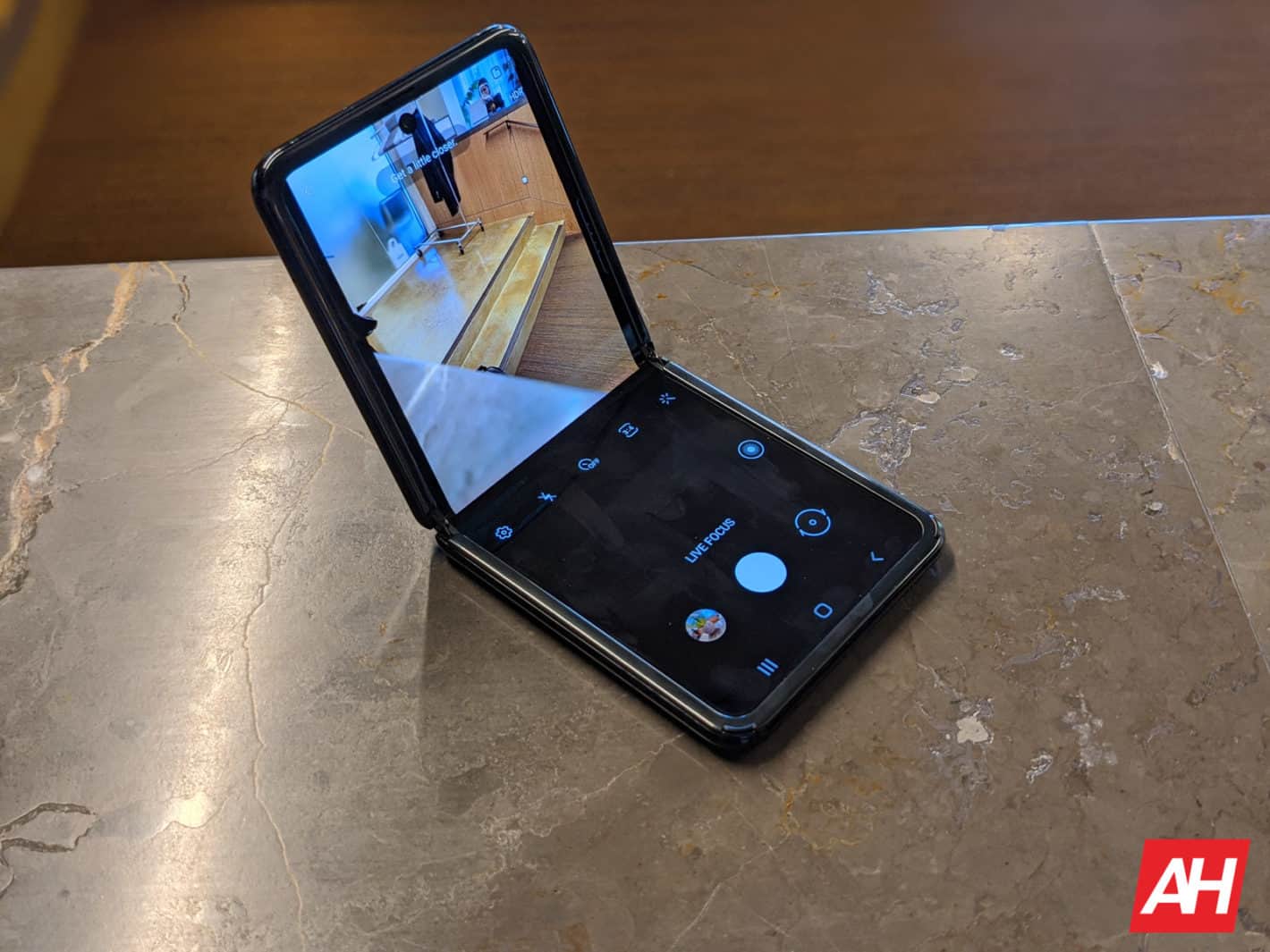 The upcoming Samsung Galaxy Z Flip 5G just got certified in China, and that certification confirms some of its specs. The certification does share some additional information as well, by the way.

The device surfaced on TENAA, which is China's equivalent to the FCC. In other words, information shared by the website is probably spot on, so it can be considered to be a confirmation of sorts. 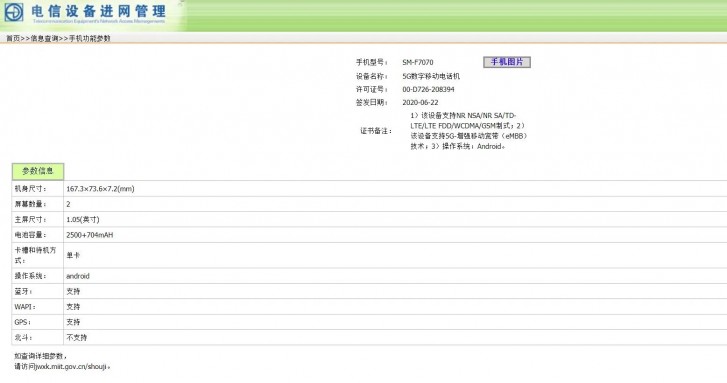 Before we get into it, it's worth noting that the device's support page also surfaced. The phone appeared on the company's official website with the model number 'SM-F707N'. That is Korea's variant of the device.

That support page does not really share any specific details about the device, any, in fact. But TENAA, does, though, which is why we'll focus on that now.

The device appeared on TENAA with a model number 'SM-F7070'.That website reveals that the phone's secondary display will measure 1.05 inches, so it will be smaller than the one on the 4G variant.

This listing also confirms that the Galaxy Z Flip 5G will offer a dual battery setup. The device will include 2,500mAh and 704mAh batteries on the inside.

The listing also confirms that the device will measure 167.3 x 73.6 x 7.2mm. That is its size when unfolded, and it's the exact same size of the 4G variant, by the way.

The Galaxy Z Flip 5G will offer powerful specs, including the Snapdragon 865+

Now, that is all the information that TENAA shared, for now, but a Chinese tipster had something to add. Digital Chat Station revealed that the Snapdragon 865+ will also be included in the Galaxy Z Flip 5G, while the tipster shared some additional specs.

He also said that the phone will feature a 6.7-inch fullHD+ (2636 x 1080) primary display, and that will be an AMOLED panel. We're looking at a flat AMOLED panel, by the way.

The tipster mentions that the secondary display on the phone will have the same resolution as the one on the 4G variant, despite the fact it's smaller. It will offer a resolution of 300 x 112 pixels.

So, as you can see, there will be some difference between the two devices. The Snapdragon 865+ definitely won't be the only differentiating point here.