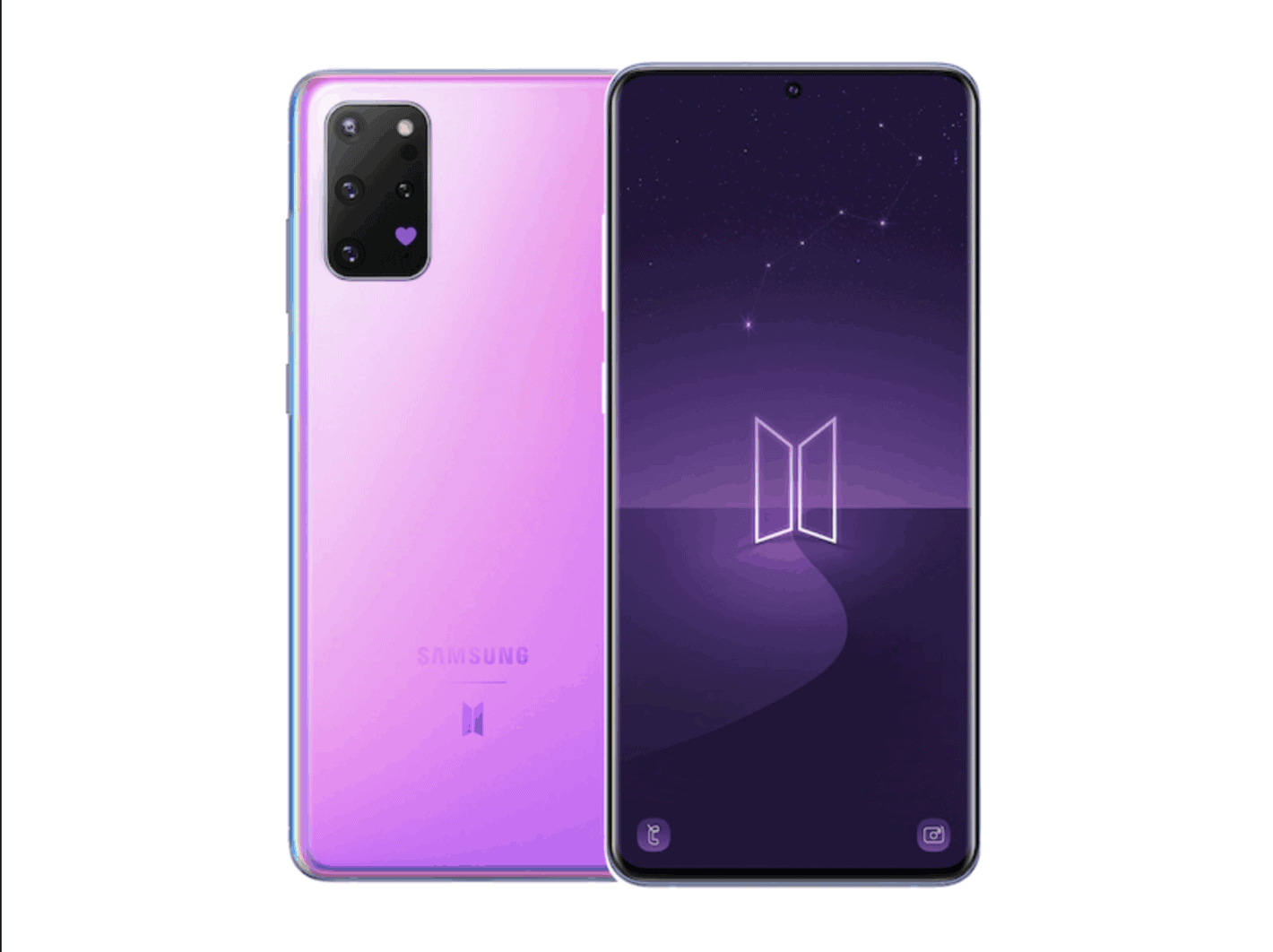 After the BTS Edition of the Galaxy S20+ was announced last weekend, it is now up for pre-order.

It sold out very quickly in South Korea, but as of right now, it is still available in the US.

The Galaxy S20+ BTS Edition is mostly only different on the outside. So it sports the purple backside, with a purple heart on the camera module and the BTS logo at the bottom of the backside. It also comes with a BTS A.R.M.Y. theme pre-loaded, and a few wallpapers. So that BTS fans can really enjoy their BTS Edition smartphone.

Other than that, the Galaxy S20+ BTS Edition that you're going to pre-order today is the same as the Galaxy S20+ that was announced in February. That includes a 6.7-inch Quad HD+ 120Hz display, the Snapdragon 865 chipset inside, with 12GB of RAM and 128GB of storage to boot. There is also a micro SD card slot available for expanding the storage.

The Galaxy Buds+ BTS Edition are also very similar to the regular Galaxy Buds+. These are now in purple, which does look really cool.

When will it be released?

Pre-orders opened today, June 19. And both BTS edition products will be available starting on July 9. Keep in mind that the 50% off Galaxy Buds+ BTS Edition and the free limited edition poster, are only good during the pre-order process and while supplies last. So if you are a big BTS fan, you're going to want to get your order in now before those run out.

As mentioned, these did sell out very quickly in other countries like South Korea – where it sold out in an hour. So if you are looking to grab one, you'd better do it now before Samsung runs out in the US.

You can get your pre-order in for the Samsung Galaxy S20+ BTS Edition by clicking here.