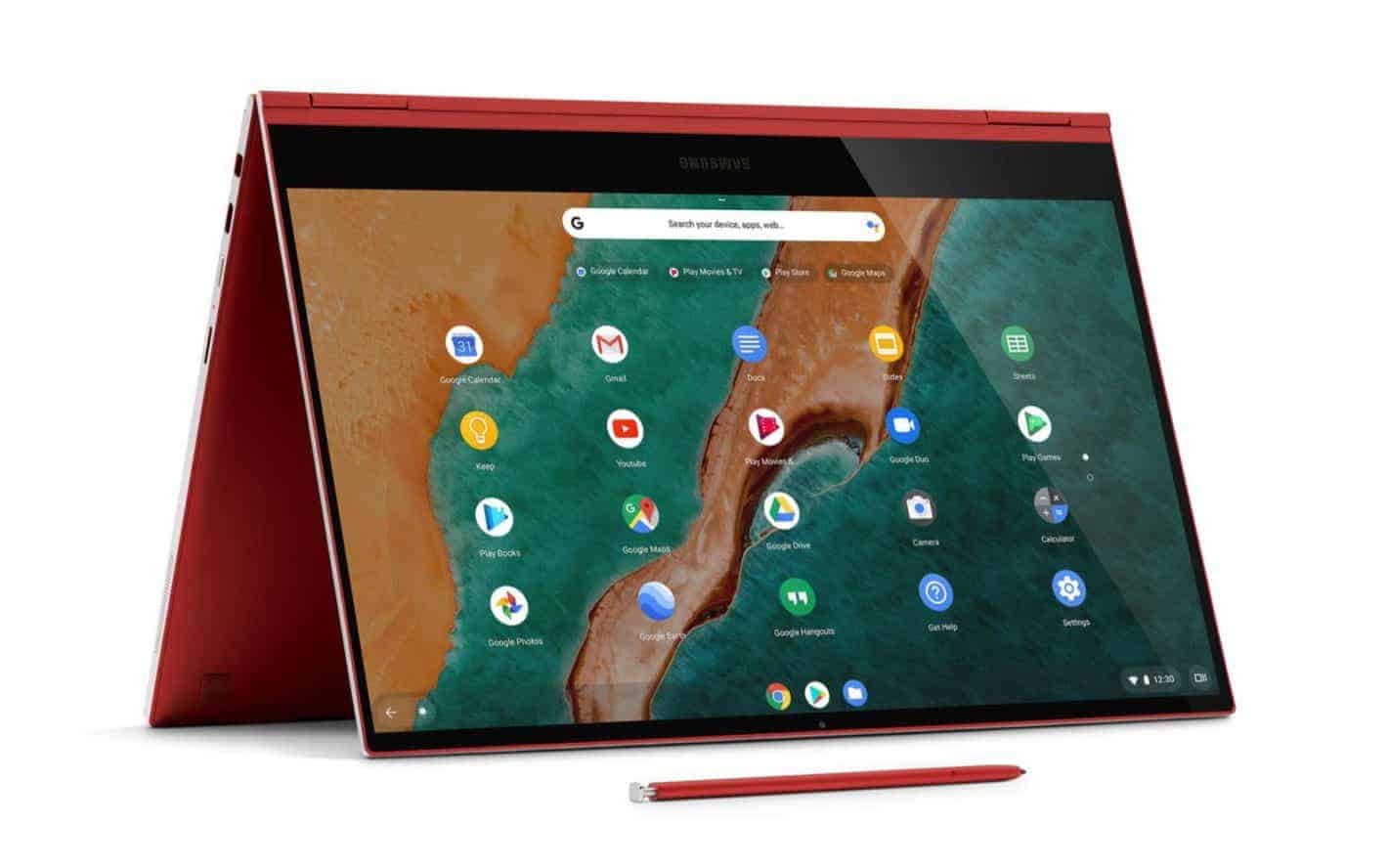 The Galaxy Chromebook is one of the best Chromebooks you can buy right now. It isn't cheap, costing you $899. But it is an impressive one.

The spec sheet includes a 13.3-inch 4K OLED touchscreen display. Along with a tenth-generation Intel Core i5 chipset, 8GB of DDR3 RAM and 256GB of SSD storage. Which is basically the most powerful Chromebook you can get, for under $1,000. The Pixelbook is more powerful, once you hit the $999 mark.

It's also pretty thin, coming in at 0.38 inches, and lightweight at 2.29 pounds. Making this really great for those that travel a lot, or need a laptop for school.

The Galaxy Chromebook does come in a fiery red color too, which is really good looking. But if you're not into that, there is a more subtle Mercury gray color option available too.

This is the first Chromebook with a 4K display, nevermind a 4K OLED display. Even Google hasn't done that with its Pixelbook Chromebooks.

You can pick up the Samsung Galaxy Chromebook and the Galaxy Buds from Samsung's website by clicking here. Towards the bottom of the page, it'll ask you to select the color of the Galaxy Buds that you would like to get.