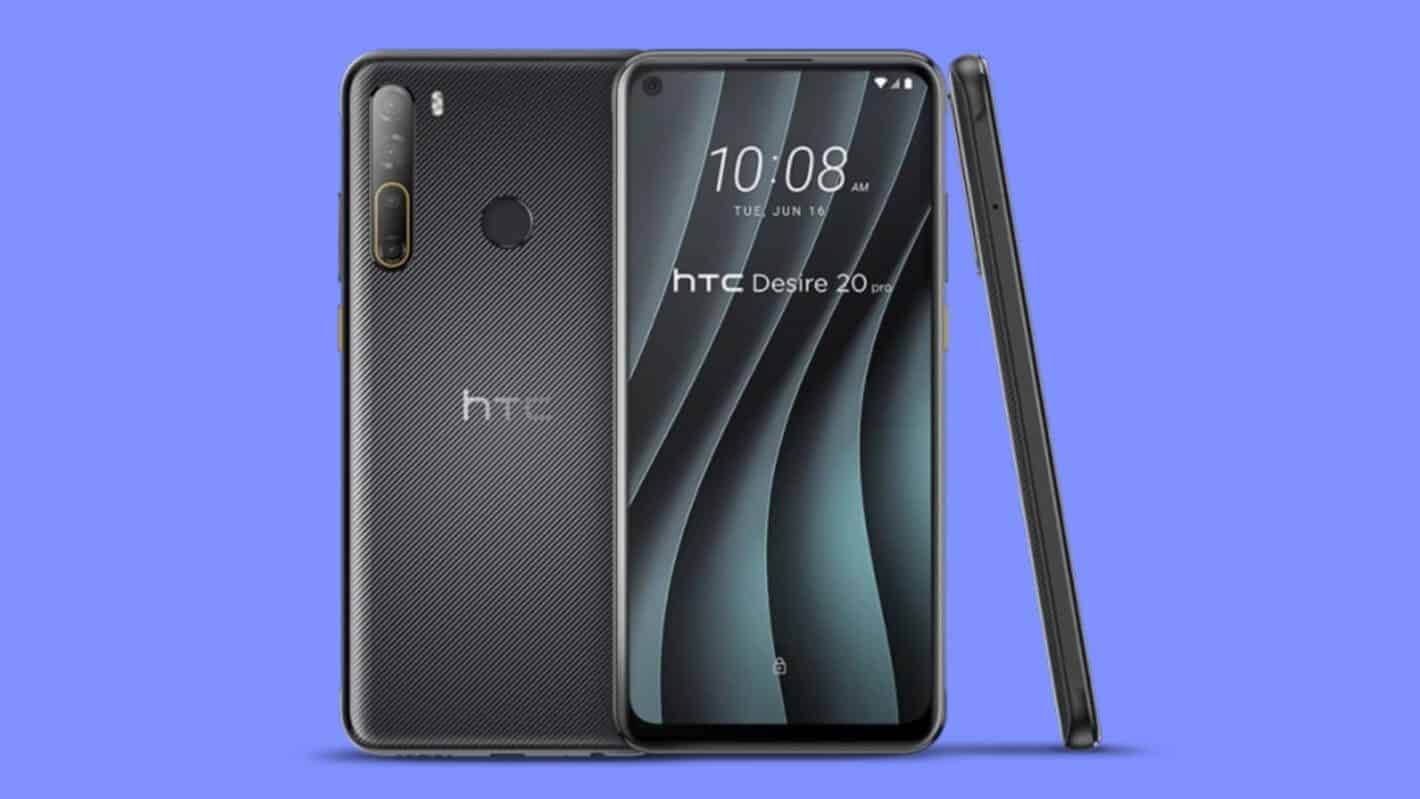 Wallpapers from the HTC Desire 20 Pro are now available to download in all of their rippled-color glory. Pulled down and extracted by XDA Developers, the designs are now available for anybody who wants a new wallpaper. As hinted here, the wallpapers are chiefly comprised of patterns centered on a single color theme. But they aren't the usual geometric shapes found in Android either.

Instead, HTC has gone for a more silky, rippled material or a more liquid look with the backgrounds for the new device. The result is some unique wallpapers in a variety of colors that should look good on just about any device. Or at least any device up to a certain resolution since these are set at 2340 x 2340 pixels. Only the height is really important here since the wallpapers are designed to allow plenty of wiggle room in terms of horizontal placement.

So what's the deal with the brand new HTC Desire 20 Pro?

The HTC Desire 20 Pro is one of just two smartphones launched by the once-prominent company in 2020. It was announced alongside the HTC U20 5G — a solid mid-ranger with next-gen connectivity and a Snapdragon 765G.

The smaller of the two handsets, measuring in at just 6.5-inches, compared to the 6.8-inch screen on the U20 5G, the HTC Desire 20 Pro is a mid-range smartphone too. Its screen is an FHD+ LCD panel, similar to that in the larger handset's 2400 x 1080 resolution panel, at a 19.5:9 ratio. But it's also packed with a slightly lesser chipset, the Snapdragon 665.

HTC backed that up with a healthy 6GB RAM and 128GB expandable storage. Under the hood, the company opted for a 5,000mAh battery with Quick Charge 3.0. That's helping to drive Android 10 to the display and all of the other components.

Around the back of the device, HTC includes a 48-megapixel snapper with a 2-megapixel depth sensor. Those cameras are also backed up by an 8-megapixel wide-angle camera and a dedicated 2-megapixel macro lens. Rounding out that 4K video-capable quad-array is a 25-megapixel snapper at the front. That's embedded in a punch-hole under the display panel.

HTC also opted to include a 3.5mm headphone jack, fingerprint scanner, and Bluetooth 5.0 alongside dual-band Wi-Fi in its latest budget-midrange handset.

Here's how to get the new wallpapers

Now, the wallpapers displayed here are not at the full 2340 x 2340 resolution they are found at on the HTC Desire 20 Pro. They've been scaled back and compressed for better web viewing. But the full resolution wallpapers are available thanks to the source and can be downloaded via the link below.

Once downloaded, the files will need to be unzipped. So it may be a good idea to download to a computer before moving them over to the smartphone for less tech-savvy users. Or a File Manager can be used on Android to extract the files. There are plenty of great file manager options available for the platform and either method should work just fine.

From there, they can be set just like any other wallpaper via users' favorite apps or the system-level wallpaper changer.

Download HTC Desire 20 Pro Wallpapers
Advertisement
Trusted By Millions
Independent, Expert Android News You Can Trust, Since 2010
Publishing More Android Than Anyone Else
17
Today
174
This Week
94
This Month
4082
This Year
105559
All Time
Advertisement