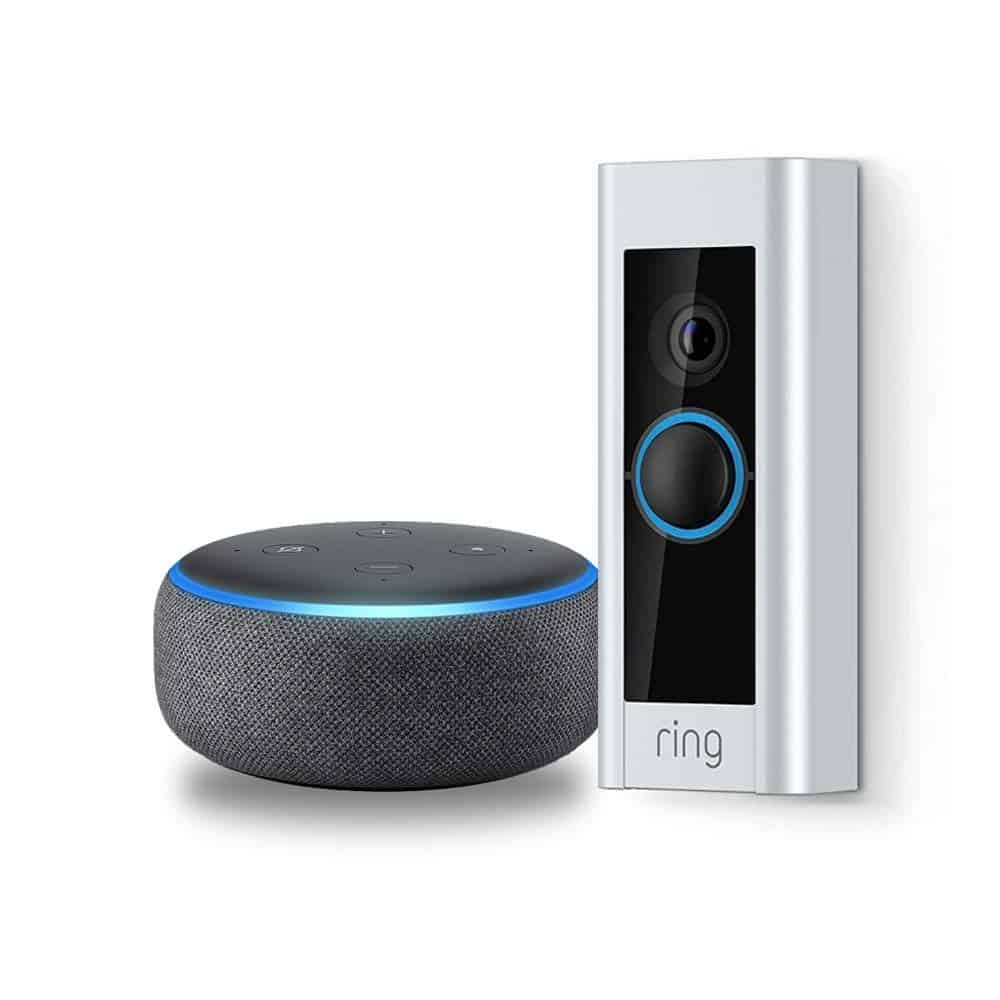 Amazon has a great bundle right now that includes the Ring Video Doorbell Pro and the Echo Dot. And it is just $189. That is good for $110 off of its regular price. Which means that you are saving $60 on the doorbell and getting the Echo Dot for free. That's not too shabby of a deal at all.

Of course, the Ring Video Doorbell Pro will also let you know when someone is in front of your home, whether they ring the doorbell or not. So you'll know when Amazon delivers your package as well as when someone is trying to steal it. Which is a real problem these days.

The Ring Video Doorbell Pro does also work with Amazon Alexa, because of course it does. But it is also owned by Amazon, so that makes loads of sense. With Alexa, you can have your Echo ring as a doorbell, and use your Echo Show or Fire TV device to show you who is in front of your home. Which is a really neat feature to have.

And having the Echo Dot included in this bundle with the Ring Video Doorbell Pro makes it really useful. The Echo Dot also works with a ton of other smart home products out there from Ring and other companies.

You can pick up this bundle of the Ring Video Doorbell Pro and the Amazon Echo Show by clicking here. This price won't last long though.