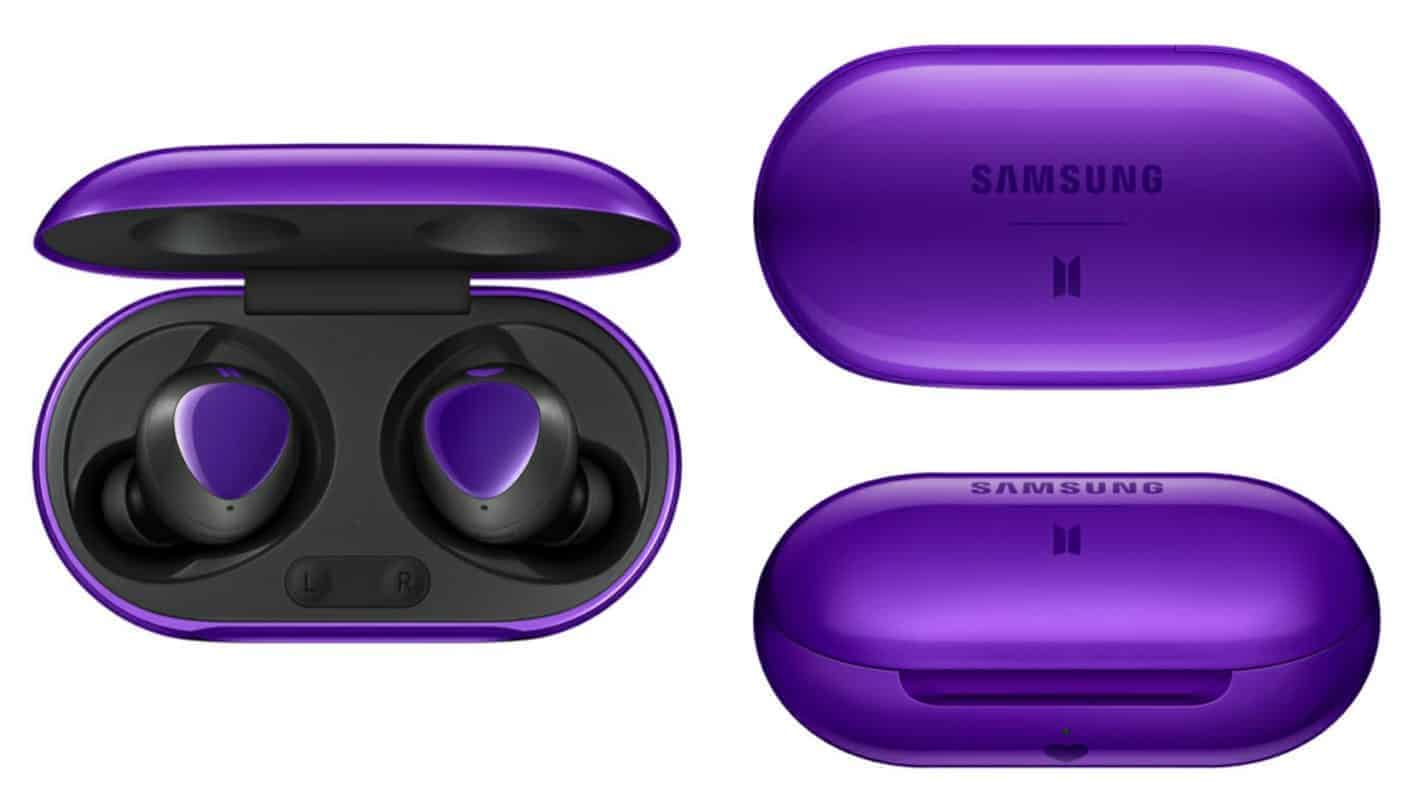 The Limited Edition BTS Samsung Galaxy Buds+ are on the way, and you can check them out down below. Evan Blass and Max Weinbach shared the design of these earbuds from various angles.

These renders reveal pretty much everything. This design was to be expected, as these are basically regular Galaxy Buds+ in a new color, with a BTS logo below 'Samsung' branding.

These special edition BTS Galaxy Buds+ have BTS' logo, and are purple

These earbuds are purple, and other than that, and the logo, they look the same as the regular pair. Those of you who don't know, BTS is a Korean Pop band, an extremely popular one.

Samsung will probably refer to this color option as 'Mirror Purple', as it did that in the past, for its smartphones. Max Weinbach says that these earbuds will launch on July 9, by the way.

These earbuds will, allegedly, become available in Europe, we're not sure for the US. Rumors are saying that they will be available in France, and that probably means the rest of Europe as well.

Considering that BTS is a Korean band, it's safe to assume that these special edition Samsung Galaxy Buds+ are on the way to Korea as well. In fact, they will probably launch in Korea first.

These area TWS (True Wireless) earbuds, and they're actually quite good. We reviewed these earbuds back in February, and were quite impressed with what they have to offer.

The earbuds are quite comfortable, and rather small, so they won't look that odd in your ears. They do offer impressive battery life, and the audio is really, really good.

The do not offer noise cancellation, though

The downside is the fact that they don't offer noise cancellation, though that rubber seal will help with outside noise. The battery case will provide you with enough juice for one use only, but considering how good the battery life is on each earbud, that won't be an issue.

Those are basically the only downsides here. The charging case does support wireless charging, so you'll be able to recharge it by using a Qi charger.

The charging case is quite small, and that's something you'll certainly appreciate. It is made out of plastic, as are the earbuds, but everything feels quite sturdy.

An LED indicator is included on the inside of the case, to indicate battery life. Samsung also indicates which earbud is for your left, and which for the right ear.

You can take calls by using these earbuds, as microphones are included. Those microphones actually do a good job of conveying your voice to the other side as well. That is not something that can be said for many TWS earbuds out there.