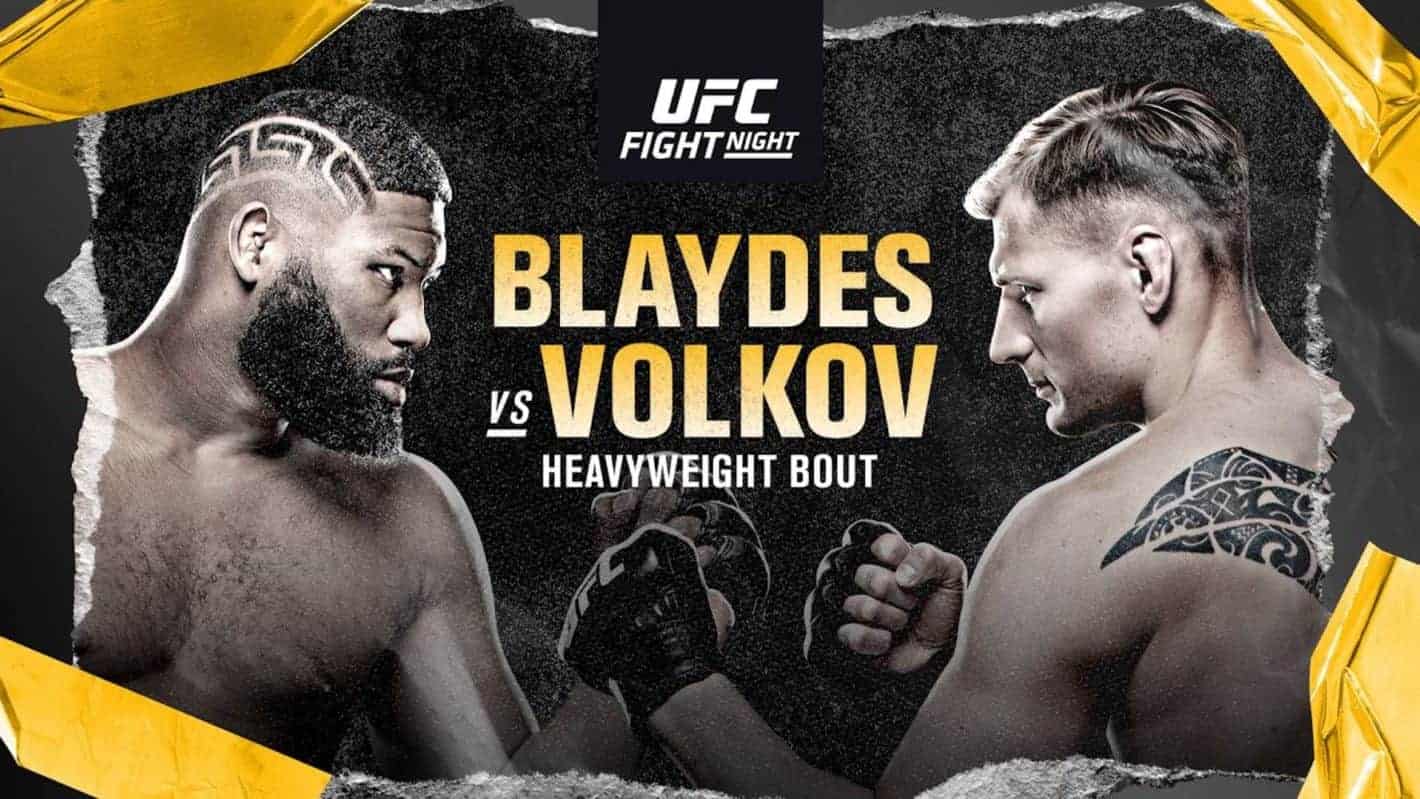 On Saturday, June 20, the UFC is doing another big event. But this time it's UFC on ESPN, which means that if you subscribe to ESPN through your cable or satellite provider, you can watch it for free. Or you can watch it on ESPN+ as well. Because this is not a PPV, it's not going to have a lot of insanely good matches. But this is free sports, and there's not a lot of sports going on right now.

The card is headlined by Curtis Blaydes vs Alexander Volkov. This is a heavyweight bout and the main event. The co-main event features a featherweight bout between Josh Emmett and Shane Burgos.

Also on the card on Saturday, is Raquel Pennington vs Marion Reneau in a women's bantamweight bout. Belal Muhammad vs Lyman Good compete in a welterweight bout. And finally, there is Jim Miller vs Roosevelt Roberts in a Catchweight bout.

The event won't be super long, since there are only five bouts on the card this time around. But it all starts at 8PM EST. And as always, ESPN will be doing pre and post shows for UFC on ESPN. So if you're into some analysis, ESPN will have you covered.

As mentioned, you can watch via ESPN if you have Xfinity, Spectrum or even a streaming TV service like Sling TV, YouTube TV or something else. You can also watch through ESPN+, and if you aren't already signed up, now is the time to do so. ESPN+ is just $5 per month. But you can also get Hulu and Disney+ bundled with ESPN+ for just $12.99 per month. Which is a really good deal. Considering the three would cost you almost $20, separately.

If you aren't already subscribed to ESPN+, you can sign up here. ESPN+ has a ton of UFC content, past and future.