The ASUS ROG Phone 3 will become official in July, the company has officially confirmed. This confirmation comes via ASUS’ official Weibo page. This timing makes sense, as the ROG Phone 2 launched in July 2019.

The ASUS ROG Phone 3 is coming in July, same as Lenovo’s Legion handset

ASUS has yet to confirm the official date of the ROG Phone 3’s arrival, though. This is not the only gaming phone that will launch in July, though. The ASUS ROG Phone 3 will see some competition from Lenovo’s Legion gaming handset, which is also coming in July.

Much like ASUS, though, Lenovo did not confirm the launch date either. The ASUS ROG Phone 3 will launch with gaming optimizations from Tencent in China. That is where it will see its initial launch, it seems.

The phone will be quite powerful, and that was to be expected as this is a gaming handset. It will be catered towards gamers, much like its predecessors were.

The ASUS ROG Phone 3 got certified by TENAA (China’s equivalent to the FCC) already. That happened quite recently, by the way. That certification revealed the phone’s design.

The ASUS ROG Phone 3 won’t be a huge step away from the ROG Phone 2’s design, it seems. The phone will still be made out of metal and glass, and ship with a curved back.

It will feature a flat display, without notches or holes

It will have some bezel above and below the display, while its display will remain flat. Display holes and notches will not be included, which is not surprising, as once again, this is a gaming device.

The phone is expected to feature a 6.59-inch fullHD+ (2340 x 1080) AMOLED display. That display will probably offer a 144Hz refresh rate, and ship with an under-display fingerprint scanner.

Android 10 will come pre-installed on the device, along with ASUS’ ROG UI. The phone will come in three RAM variants with three storage options, according to TENAA.

It will be offered in 8GB, 12GB, and 16GB RAM flavors with 128GB, 256GB, and 512GB of storage, respectively. The Snapdragon 865+ will fuel the phone, which also signalizes that chip will probably launch soon as well.

A 5,800mAh battery will also be a part of the package. That battery will not be removable, but it will support fast charging. The device will probably offer 30W fast wired charging. 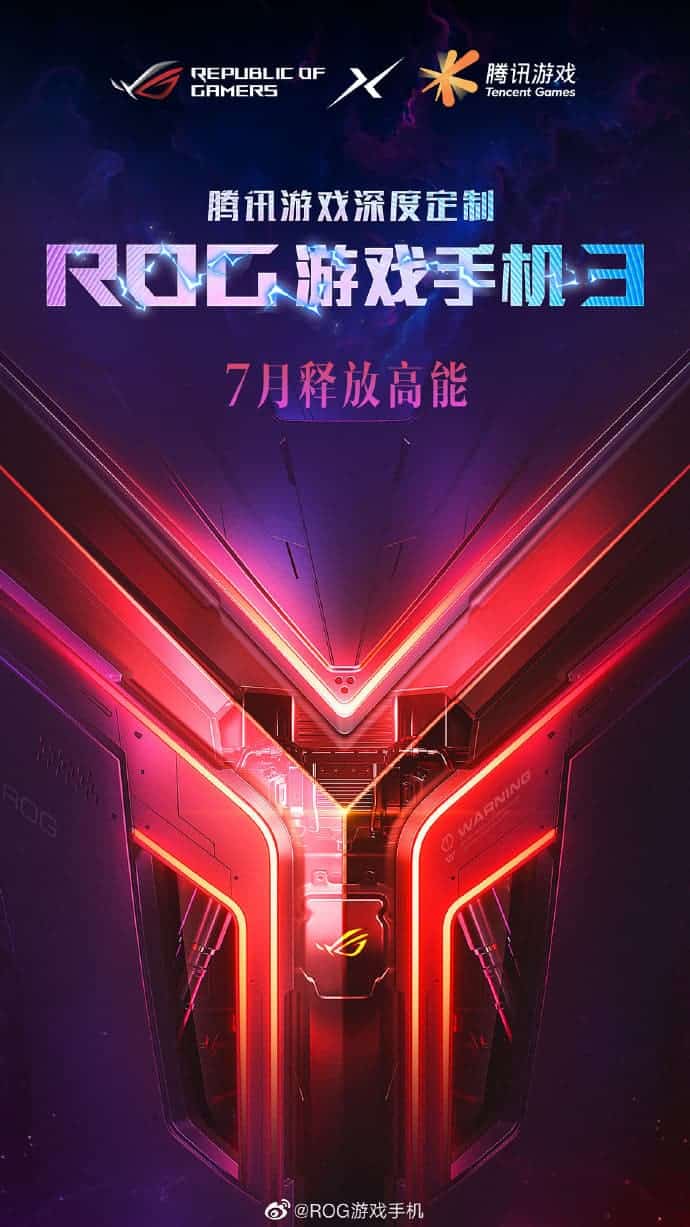