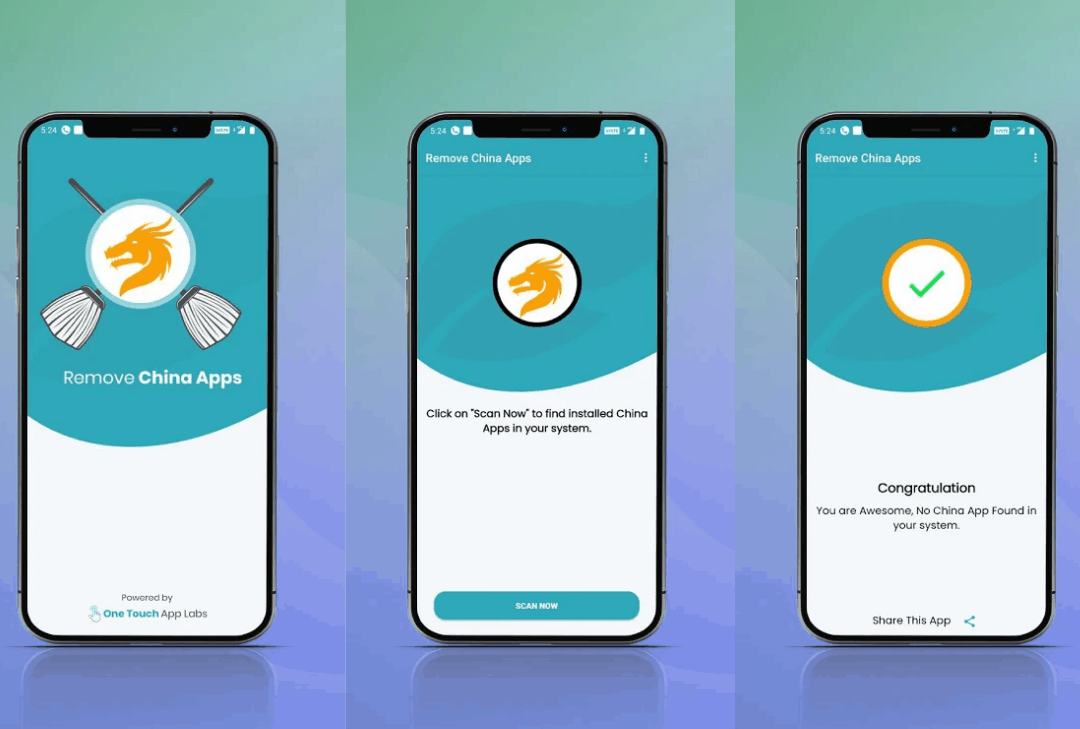 UPDATE 2: Google has offered an explanation, according to GadgetShow, as to why it removed the 'Remove China Apps' app from the Google Play Store. The company did not exactly mention the app by name, but it seems like it was removed for violating policy guidelines.

UPDATE: The Remove China Apps application is no longer available in the Google Play Store, as the company removed it.

ORIGINAL STORY: A new Android app called "Remove China Apps" went viral in India with anti-China sentiment reaching its peak. As the name suggests, the app identifies the China-origin apps installed on your smartphone. It crossed over 5 million downloads within 15 days of its launch. The app also has an average of a 4.9 star rating out of 5 stars.

It is currently limited to Android users, but the developer mentioned the iOS version is a work in progress.

Moreover, it is the no.1 app on the Google Play Store in the "Top Free" category for India. The app went viral after the rise in tensions between India and China over the recent border dispute.

Remove China Apps can help you delete the China apps

The popularity of the app is only growing each day. It almost doubled the number of app downloads in just a couple of days. According to its developer, the "Remove China Apps" app is only meant for educational purpose and not for any kind of commercial usage.

The app comes in just 3.5 MB in size and requires the user to grant access to delete packages and full network access.

Once the app is installed, it will show the "Scan Now" button at the bottom of the screen. One should note that it can only scan the apps installed by the user, not the system apps or the pre-installed apps.

It cannot scan the pre-installed apps

When the scanning is tapped, it lists all of the apps coming from China. The user has to manually delete the app one by one.

As of now, there is no clear information about how the app identifies Chinese apps. Interestingly, it doesn't recognise PUBG Mobile as a Chinese app even though the developer, Tencent Games, is a Chinese company.

According to some users on Twitter, the app is also excluding Xiaomi apps like Amazfit and POCO Launcher.

As per the app description, it says "detecting the country of origin is based on the market research but we do not guarantee for any correct/wrong information."

With the increasing popularity, the developer also added a note that the app does not promote or force people to uninstall any of the apps.

As of now, the app is also ad-free. Many on the internet are also demanding a ban on popular Chinese apps like TikTok. Also, several Indian celebrities on Twitter are also endorsing the anti-China sentiment.