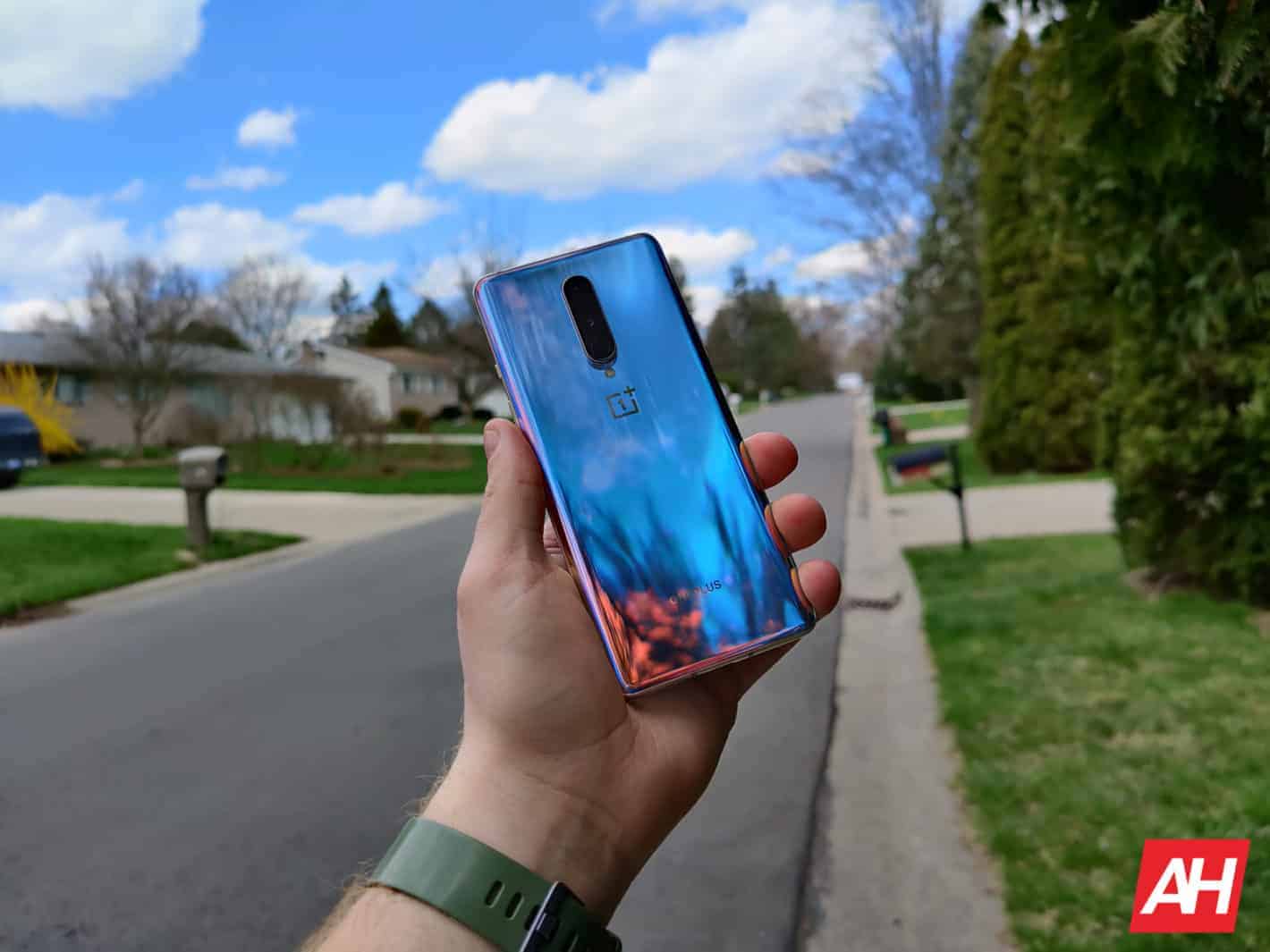 The first run of Android 11 beta firmware for the OnePlus 8 series may have revealed quite a few details that weren't ready to be revealed. That's based on a recent deep dive into the update via the company's Engineering Mode app. Attributed to Twitter user Lavin Amarnani, the update may in fact have revealed a new color variant. Additionally, further investigation into the code seems to have revealed future charging plans from the company.

The latter news is arguably the more important discovery, with the discovery of 65W charging in the above-mentioned app. Some OEMs are already utilizing 65W charging — such as in the Xiaomi Mi 10 Pro and Realme X50 Pro. So it isn't necessarily new. By comparison to OnePlus's current solution, it's a massive jump.

The OnePlus 8 Pro presently sports 30W charging for its 4,510mAh battery. That same rate applies to wireless charging too. Boosting the wired charging speed to 65W should just about double the speed with which the device charges. For instance, the Realme X50 Pro battery can be charged at 65W from completely dead to full in under 35-minutes.

OnePlus was already known to be working on just such a solution prior to this discovery. Its appearance in the OnePlus 8 Pro Engineering Mode app brings implications. Chiefly, that suggests that OnePlus is just about ready to release its own take on the super-fast charging.

It's incredibly unlikely that the OnePlus 8 series will support 65W charging via a software update. It's also not entirely out of the question. At the very least, the feature's appearance shows that it's under testing by the company. At the earliest, OnePlus may include it in a mid-cycle release or specialty variant of the OnePlus 8.

Now, it isn't immediately clear exactly what the new color spotted in the app refers too. Like 65W charging, it could be intended for a future device. Or the app may have just leaked another color OnePlus plans to release for one or both of the OnePlus 8-series devices in the future.

Prior to the release of the Android 11 Beta 1 firmware on OnePlus devices, the company had released the OnePlus 8 and OnePlus 8 Pro in no fewer than five colors already. Those are Glacial Green, Onyx Black, Interstellar Glow, Ultramarine Blue, and Polar Silver. Those are all clearly listed in the OnePlus Engineering Mode app.

But there's another color joining the list there too and it's clearly not one that's already been released. The associated string names the color "Ice Blue." That will likely be a lighter, crisper, or possibly more subdued white-blue color than the current Ultramarine Blue hue. But that won't become clear until OnePlus lets the coloration leak in photos or announces it.

There are new camera features on the way too

Earlier reports also hinted at a brand new set of camera features arriving with the Android 11 Beta 1 update for OnePlus devices. Each appears to be hardware-independent and will likely ship to each device that receives the update. But they also could hint at where OnePlus is headed in terms of future devices.

There are three major, noteworthy changes on that front. Those are Quick Share and zoom UI changes, in addition to a new video burst mode.

The former two changes are exactly what they sound like. With Quick Share active, users can rapidly share a photo immediately after it's taken with no pause in between for a preview. The feature opens up a wheel-style carousel for users to choose where to share the image. Zoom, conversely, alters the UI for one-finger operation. In effect, it lets users control the zoom in a "joystick"-like fashion.

Finally, Video Burst mode allows short video clips to be shot like burst photos. That's one right after the other in rapid succession at the press-and-hold of a thumb.