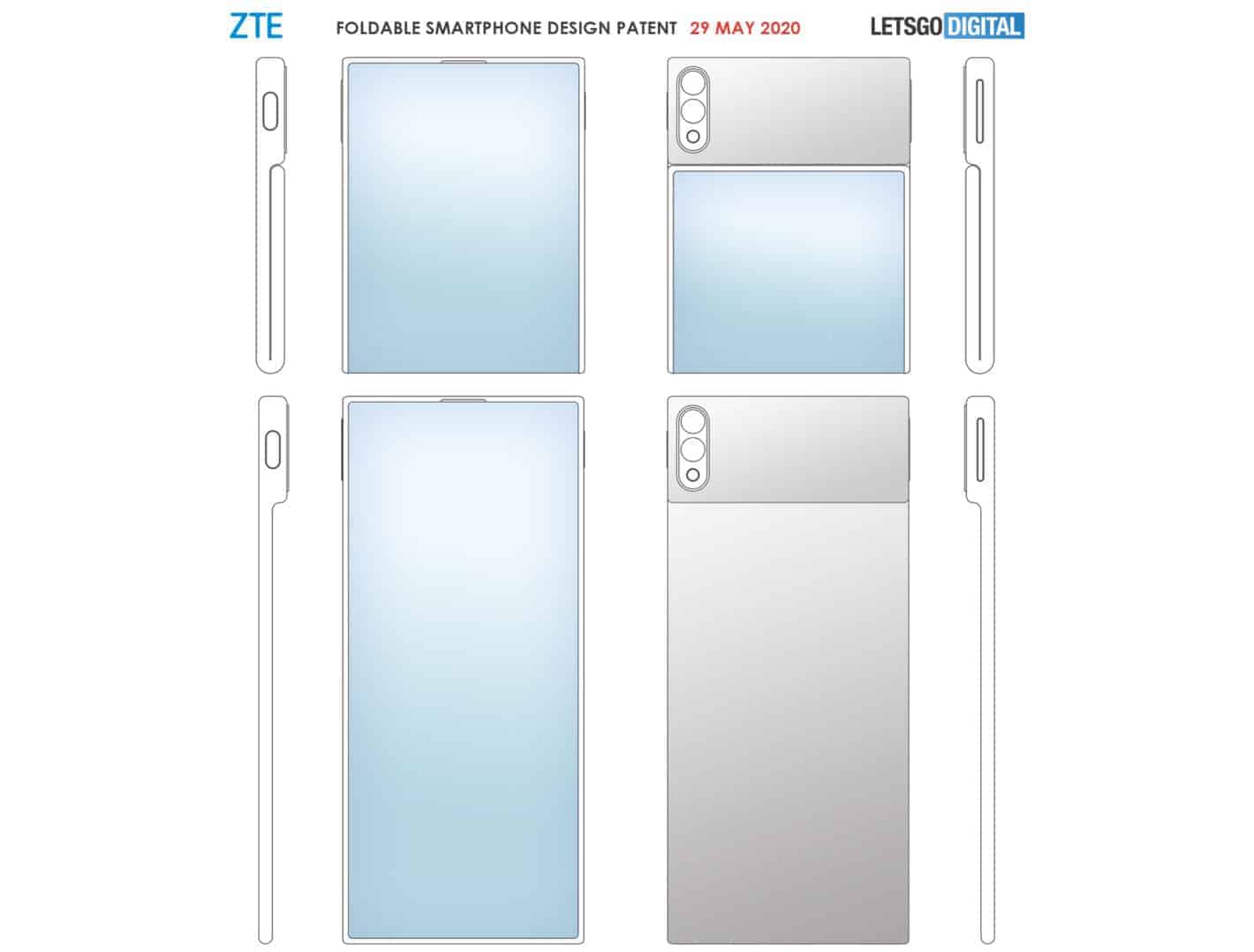 ZTE has submitted a patent for a new foldable smartphone, and it is actually quite interesting. This patent has been submitted with CNIPA (China National Intellectual Property Administration).

The patent has been submitted today, on May 29. This is a design patent, and it includes sketches of the device. As you can see in the provided image, this phone folds outwards.

What's interesting here, is that only about two-thirds of its back gets covered when folded. The bottom third of the phone's display folds, only. Huawei already released two devices that folds outwards, but they're not vertically-folding phones.

So, imagine the Galaxy Z Flip, but instead of folding your phone inwards, to protect the display when folded, this thing folds outwards. That leaves that bottom third of the display exposed on the back when folded, and could potentially scratch it.

In other words, you have to be really, really careful with such devices, not to scratch them. Still, this is quite an interesting design. The bezels are almost non-existent here, and the aspect ratio of that display is quite tall.

The power / lock button is included on the right, while the volume rocker buttons are on the left. Two cameras are placed on the back of this phone, in the top-left corner.

The phone's display folds right underneath its rear cameras

As you can see, the phone's display folds right underneath the rear camera module, and that whole part of the phone. That means that the display is flush with the remaining one-third of the phone's back when folded.

The rear cameras seem to protrude a little bit, but just a little. When unfolded, the device is extremely thin, while it doesn't seem to be that thick when folded either.

ZTE did patent this phone, but it remains to be seen if it will become a reality or not. The vast majority of design patents companies submit never become a reality, so… who knows.

ZTE did not introduce a single foldable smartphone thus far. The company is expected to release something in 2020, along with a number of other OEMs, but who knows if that will happen or not.

The company may wait until the technology matures before it ends up releasing such a device. Similar to OnePlus, Apple, and a number of other companies that are not actively working on a foldable device, at least according to reports.