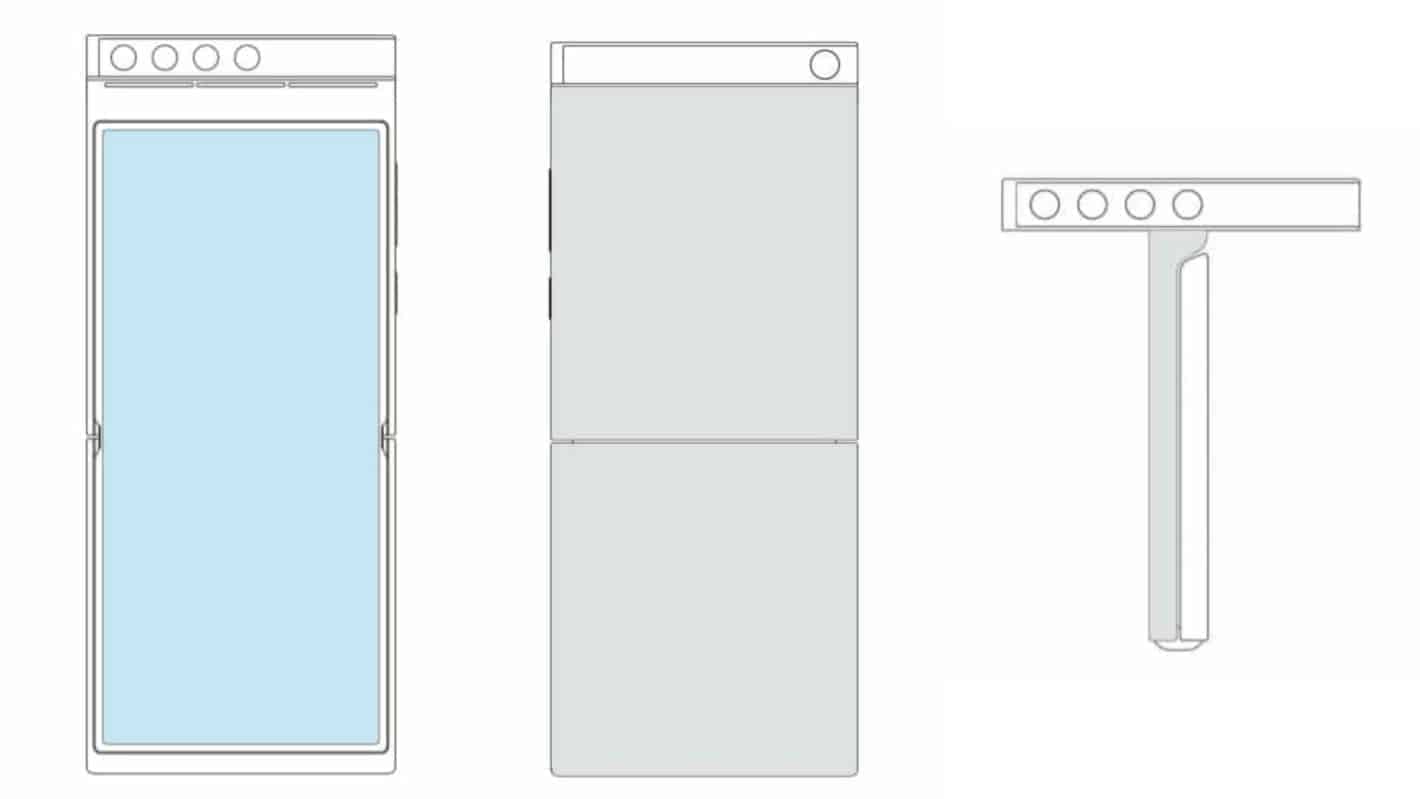 Xiaomi has patented yet another odd device, this time around it's a foldable smartphone with rotating cameras. Now, these cameras are rotating horizontally, which is the oddest thing about this device.

Xiaomi patented yet another foldable smartphone, this time it includes rotating cameras

As you can see in the provided sketches, the phone folds vertically, but its cameras at the top rotate horizontally. There seem to be several cameras included at the top, as there are four cutouts included.

Interestingly enough, a camera seems to be included on the back of that setup as well. That doesn't make all that much sense considering this is a rotating setup. You can simply rotate the main camera setup and use it as both front and rear-facing cameras.

We're not entirely sure why the extra cutout on the back, as it seems like a camera cutout. In any case, these cameras can be rotated regardless whether the phone is folded or not.

That camera setup is always placed at the top of the device. This device has a really narrow and tall aspect ratio, and you can also see its hinges on the sides.

The top bezel is huge thanks to that camera setup, while there are some bezels on the sides and the bottom of the device. The power / lock, volume up, and volume down buttons are placed on the right.

Xiaomi already patented quite a few foldable smartphone designs, but this one with rotating cameras is one of the weirdest ones. This patent has surfaced on CNIPA, by the way, in China.

Just because this phone has been patented, it doesn't mean Xiaomi will manufacture it

As per usual, just because Xiaomi patented something, that doesn't mean the product will become a reality. This smartphone may never see the light of day, but it would be interesting to see it for sale at some point.

Xiaomi still hasn't released a foldable smartphone. The company demoed its foldable phone quite some time ago, and it patented a ton of designs as well.

We'll hopefully see Xiaomi's very first foldable smartphone by the end of this year. Its design will probably be much more "normal" than what you can see here.

Just to be clear, the company hasn't confirmed that a foldable phone will launch in 2020. Considering how long ago they demoed one of their prototypes, we do expect it to arrive this year, though.

Xiaomi is also planning to announce a new Mi MIX handset by the end of the year. That phone could utilize an under-display camera setup, though those are only rumors at this point.