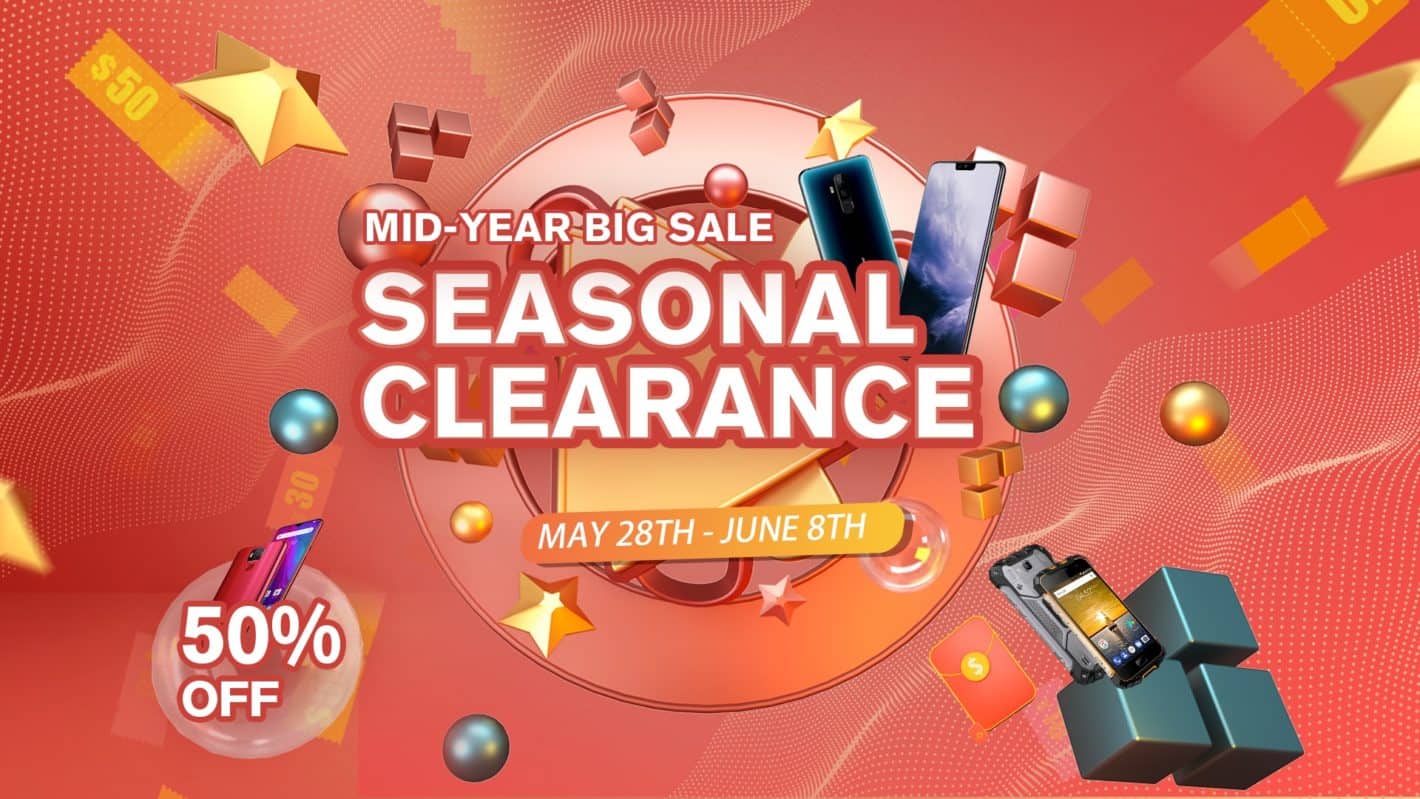 Ulefone has decided to discount a couple of its smartphones up to 50%. The devices have been discounted in the company's official store, by the way.

That handset's price has been slashed by $120, which is a great offer. The device features a 6.7-inch SHARP display with a notch, and it is fueled by the MediaTek Helio P70 SoC.

The phone also includes 6GB of RAM and 128GB of internal storage. 16 and 8-megapixel cameras are placed on its back. A 4,200mAh battery is also included in this package, while the device offers a fingerprint scanner, and can scan your face.

Android 9 Pie comes pre-installed on the Ulefone T2, while the device packs in an NFC chip as well. It has global frequency bands for 4G, and it supports Google Pay.

The second device that the company discounted is the Armor 2. The Ulefone Armor 2 is one of the company's rugged smartphones, and it now costs $139.99.

That handset is both water and dust resistant, and it's also drop-proof. The phone is fueled by the MediaTek Helio P25 SoC, and it includes 6GB of RAM. The phone also offers 64GB of internal storage.

Two cameras are included on the back of the Armor 2, and it also includes a large battery

16 and 13-megapixel cameras sit on its back, while a 4,700mAh battery is also included in the package. A 5-inch fullHD+ display is featured on this device, along with a fingerprint scanner, and an NFC chip.

The Ulefone T2 definitely looks more like a regular smartphone. Its bezels are not thick at all, and it is made out of metal and glass. Its back side is curved, while its display is flat.

The Ulefone Armor 2 is a different story. That phone is obviously a rugged device, though it looks nice none the less.

Its fingerprint scanner sits on the front, and its bezels are quite noticeable, but the device is drop-proof, so that's what you'd expect.

Ulefone mentioned that this sale will last until June 8. If you're interested in one of these devices from Ulefone, click on the link below for more information. That link will take you directly to Ulefone's official website and this promotion listing.