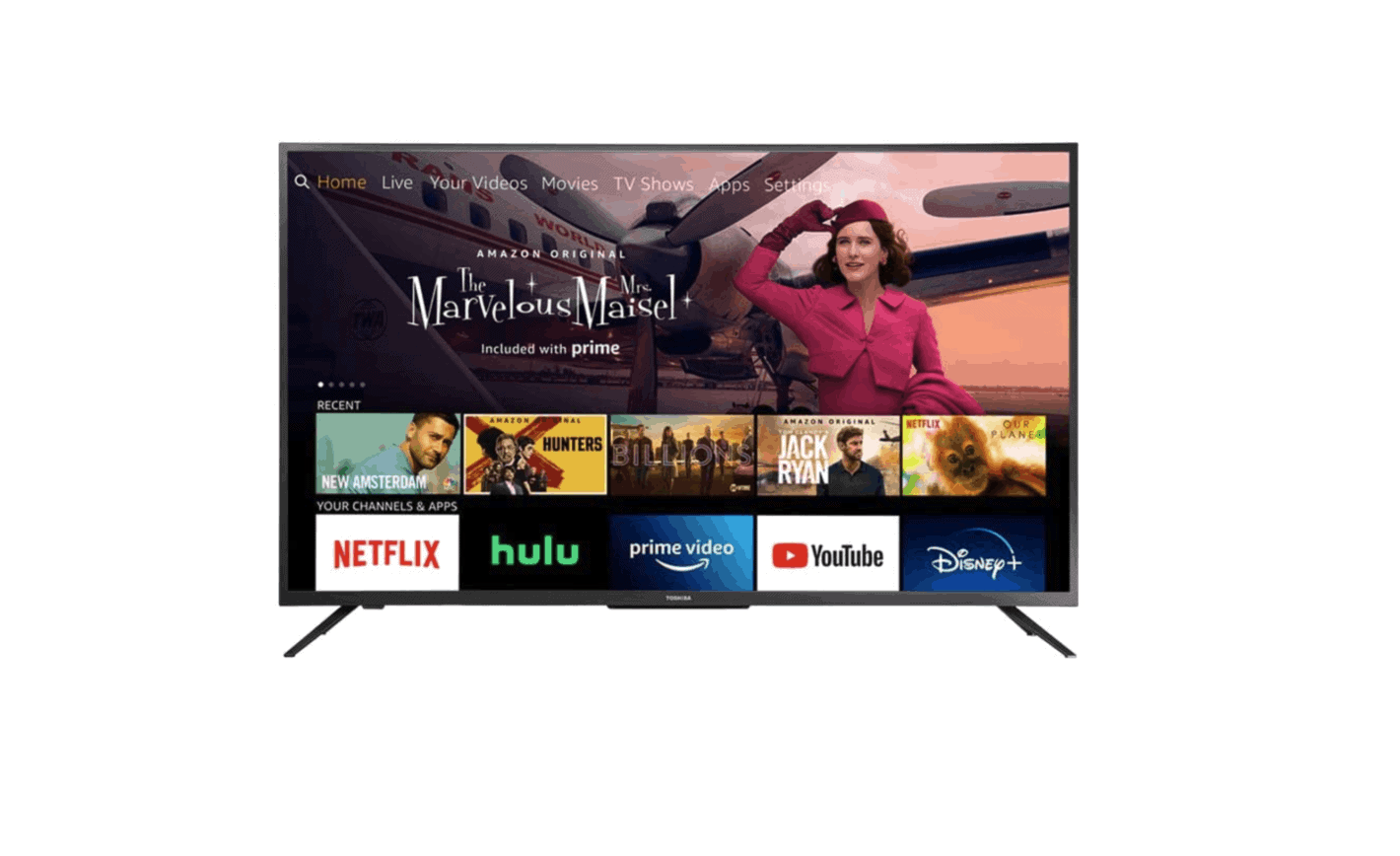 That is good for a savings of around $80.

The Toshiba 55-inch 4K Fire TV is a high-end TV actually, with support for Dolby Vision and DTS Surround Sound. Which is going to give you a really great experience.

Of course, inside this TV is Fire TV. So instead of using some terrible proprietary UI for this TV, you're going to be able to use your favorite apps and an UI that you already know.

With Fire TV, you're going to have support for many big apps like Amazon Prime Video, YouTube, YouTube TV, Sling TV, Netflix, Hulu, Disney+ and much more.

Fire TV also brings Amazon Alexa along for the ride. So you can ask Alexa to find something to watch, or you can also use her to control your smart home products from the couch. And if you have a video doorbell or another camera inside/outside of your home, you can bring up the stream onto your TV. Which is a really nifty feature.

This TV from Toshiba is a really great one, and getting a 55-inch 4K TV for under $400 is pretty incredible. Let alone one that is this good, and has Fire TV built-in.

You can pick up the Toshiba 55-inch 4K Fire TV from Amazon today by clicking here. Remember that this price is not going to last long, though.