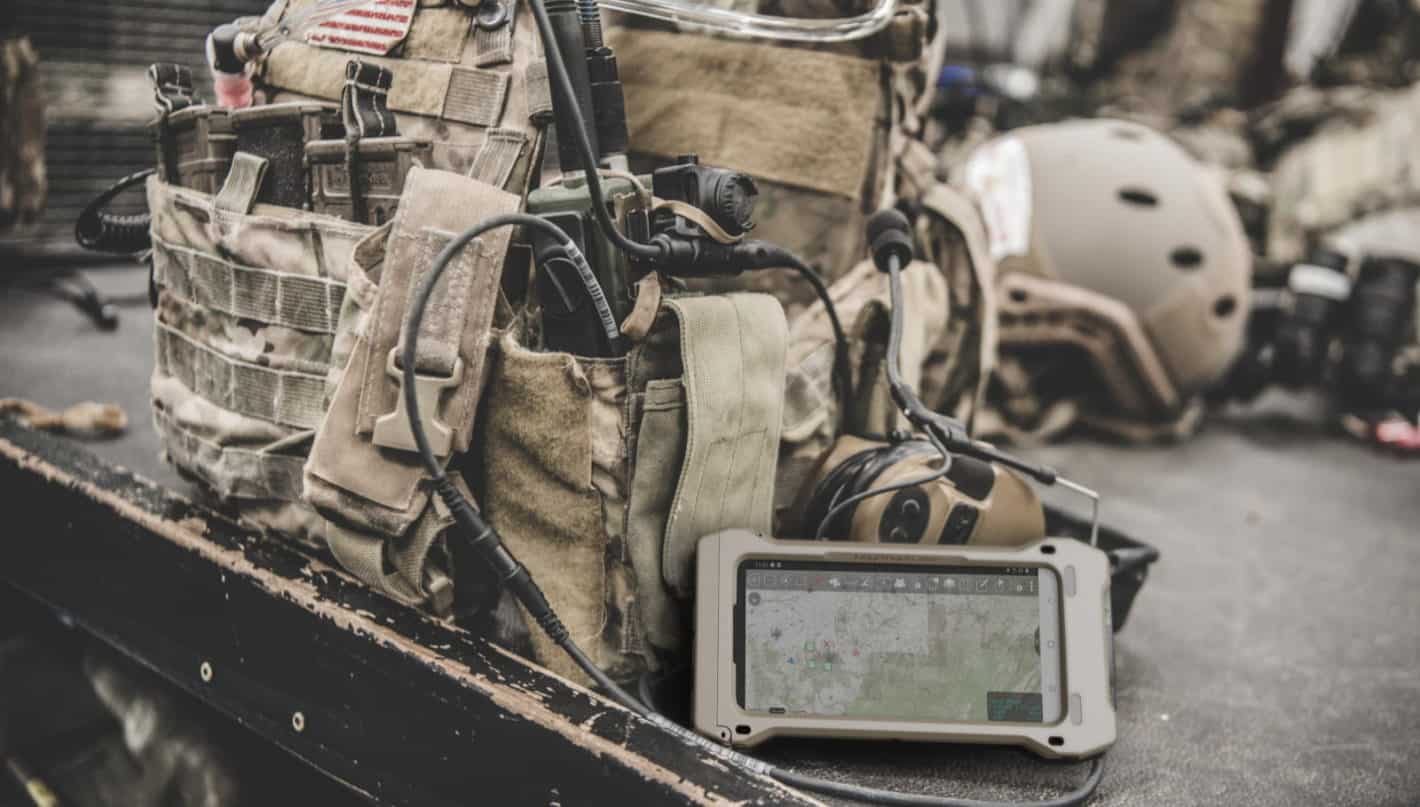 Samsung won’t be selling this device to consumers. Instead, it plans to only sell the phone to specific IT channel partners from government agencies. It hasn’t announced a specific release date yet nor is there a listed price for what the phone will cost.

You can however contact a Samsung sales representative about purchasing the phone if fall into the category of people that it aims to sell the phone to.

For the most part the Tactical Edition of this device is the same as a consumer model. Save for a few key things.

For one, Samsung states that it comes with special software tailored for operators. It features things like a Night Vision mode. Which is designed to make the screen visible when night vision goggles are being worn.

It also has what sounds like an airplane mode. Samsung calls this Stealth Mode, and it disables the LTE radios and RF broadcasting. The idea is to allow for “stealth” communication.

There’s also a Lock Screen Auto Rotate feature. If that sounds like something you want, chances are you can probably find an app on the Play Store that would enable it on your consumer device.

It comes with rugged case and accessory options

If it’s meant for military operations use, then it needs to be able to stand up to some abuse from whatever comes your way.

To that end Samsung packs the Tactical Edition with a rugged case. Aside from the case in the image though, Samsung says there is a range of rugged case and kit options. These include hubs and connectors and other rugged case solutions.

What is specifically included if you were to buy one likely depends on what your needs would be. As an IT channel partner you might need some slightly different configurations from another.

And by the sounds of it Samsung has prepared to provide these different types of options. The phone also supports Samsung’s Knox security solution software. This is supposed to be different from what is already available on consumer and enterprise devices.

But Samsung doesn’t explain in detail how it differs. The Tactical Edition is “tested by Special Operations operators” according to Samsung so it seems like it may have received some real world use during its development so Samsung could ensure that its statements about the device are proven.

Although you can’t buy one of these yourself as a consumer, you can always pick up a standard model Galaxy S20 and slap any number of rugged cases on it.