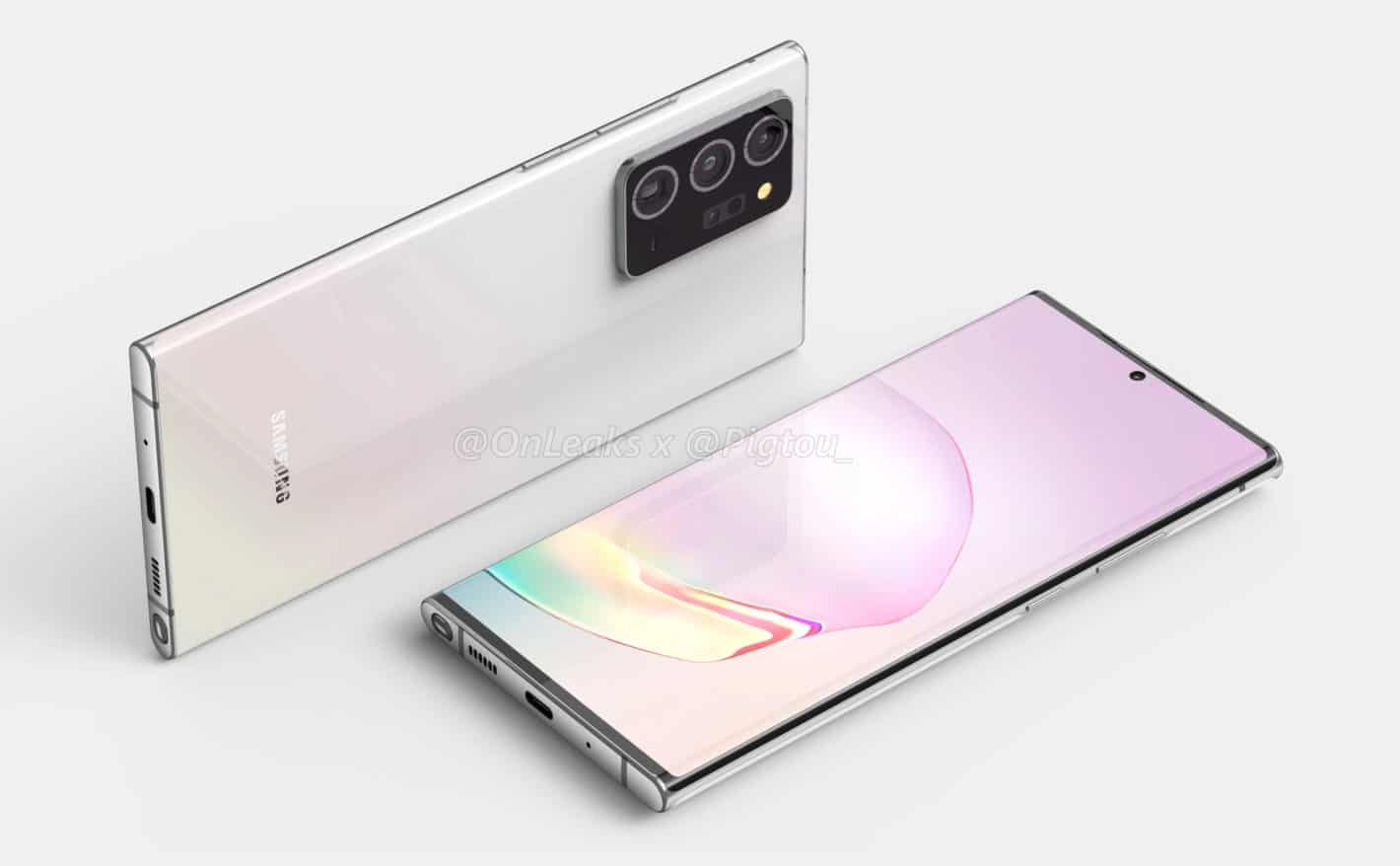 If you take a look at the provided images, you'll see that the Galaxy Note 20+ will resemble last year's Note devices, to a degree. It will also resemble the Galaxy Note 20 from the front, while it will include a different rear camera setup.

These renders show that the Galaxy Note 20+ will have sharp corners, and slightly curved display

The device has rather sharp corners, and its bottom and top sides are completely flat. The device will include a curved display, but that curve will not be excessive.

Samsung toned down the curvature of the Galaxy S20 series displays, and it will continue that trend with the Galaxy Note 20+, it seems. The phone's bezels will be extremely thin, as you can see here.

The Galaxy Note 20+ renders reveal that the device will include a display camera hole. That hole will be centered, and the device's physical keys will be placed on the right. The volume up and down buttons will be placed above the power / lock key.

The phone will include an in-display fingerprint scanner, by the way. Samsung's branding is visible on the back of the device. The design of this phone is symmetrical, as you can see.

That module will protrude on the back, by the way, quite a bit. The phone will probably be made out of metal and glass or metal and ceramic. We'll have to wait and see.

The Galaxy Note 10 devices were made out of metal and glass. The same goes for the Galaxy S20 and S20+. The Galaxy S20 Ultra, on the other hand, included ceramic in its build.

The phone will feature a 6.9-inch display

The source also reveals that the device will include a 6.9-inch curved display. The S Pen stylus will be placed at the bottom of the device, on the left side, this time around. You can also see a Type-C port down there, along with the main speaker and a microphone.

The Samsung Galaxy Note 20+ will become official alongside the Galaxy Note 20 and Galaxy Fold 2. Those three devices are expected to launch in August.

Samsung is said to be preparing for an online-only event this time around. That will happen due to the current health crisis in the world, the company doesn't want to risk anything. We still don't know when exactly will these devices launch, but you can expect them to arrive at some point in August.