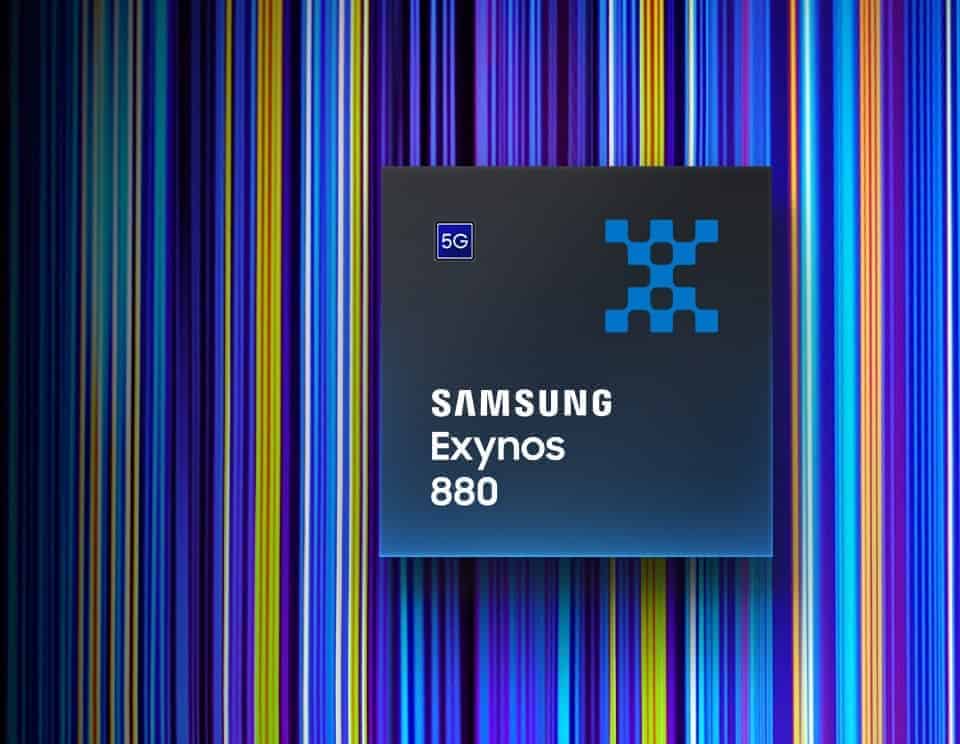 This chipset makes its debut on the Vivo Y70s 5G, which was unveiled yesterday in China. The Vivo smartphone had appeared in Geekbench benchmarks with the Exynos 880 SoC earlier this month.

The Exynos 880 is based on Samsung’s 8-nanometer FinFET process technology, the same process as the Exynos 980. It has an octa-core CPU with two ARM Cortex-A77 cores clocked at 2.2GHz and six power-efficient Cortex-A55 cores clocked at 1.80GHz.

The Exynos 880 features an integrated neural processing unit (NPU) and digital signal processor (DSP) for on-device AI. They both share a controller and DMA (Direct Memory Access) for faster and efficient performance.

For connectivity, the Exynos 880 gets an integrated 5G modem that supports sub-6GHz 5G networks (low-band). It is seemingly the same modem found in Exynos 980, so there’s no mmWave (high-band 5G) support here. It is a multi-mode modem that works with diverse major networks from 2G to 4G LTE for reliable mobility.

Other features include support for Bluetooth 5.0, dual-band Wi-Fi 5 (802.11ac), FM Radio, and USB Type-C port. Unfortunately, the Exynos 880 doesn’t get support for the new Wi-Fi 6 standard which brings improved speeds and greater stability.