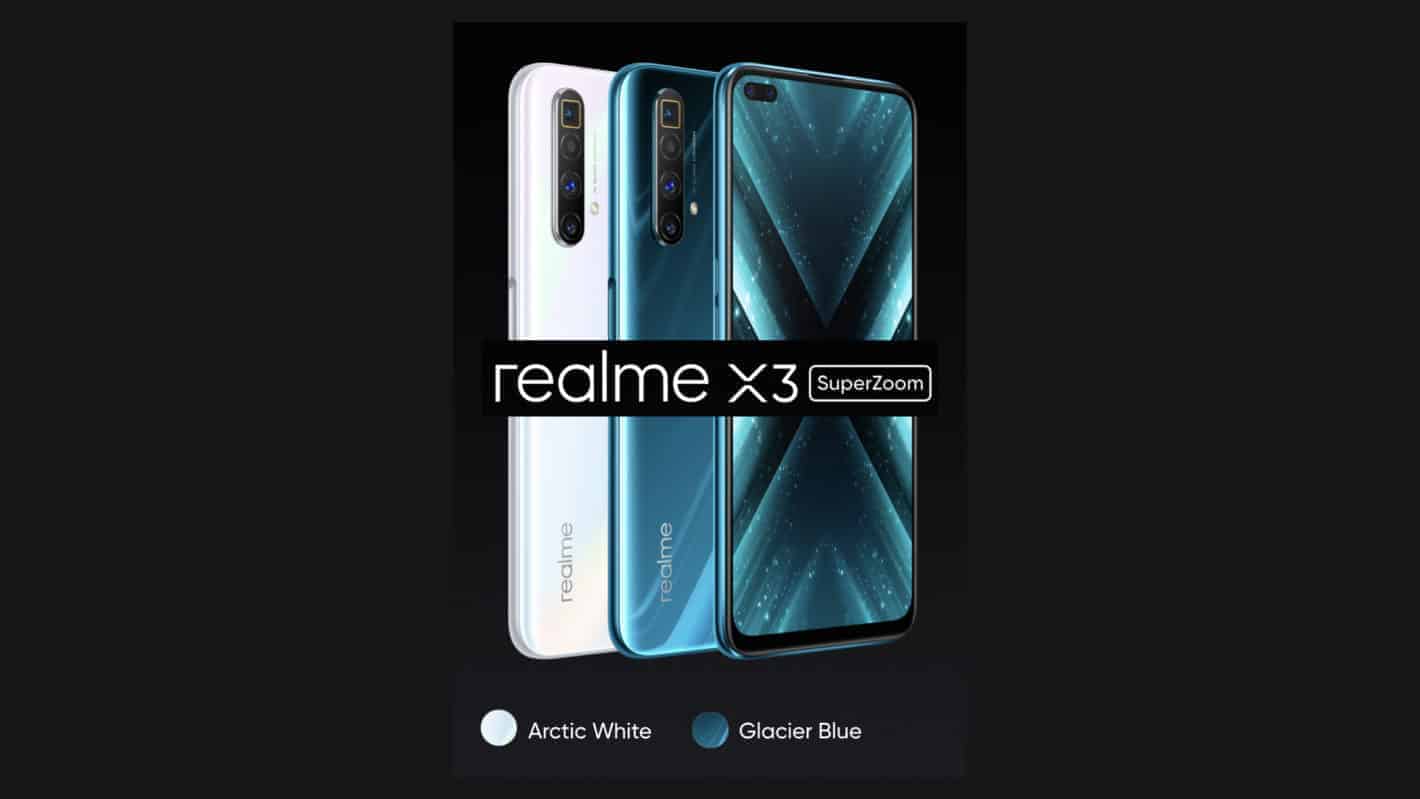 The latest Realme smartphone to get announced is the X3 SuperZoom. This is actually a really well-specced smartphone, it can even be considered a flagship. We’ll talk about its specs in a minute, let’s first focus on the design.

The device is made out of metal and glass. Its bezels are quite thin, though its bottom bezel is thicker than the rest. The power / lock button is on the right, and it doubles as a fingerprint scanner.

The volume up and down buttons are located on the left. There are four cameras included on the back of this phone, one of which is a periscope camera. Two cameras are placed on the front, inside a display hole in the top-left corner.

The phone is fueled by the Snapdragon 855+ SoC, which is Qualcomm’s flagship SoC for last year. That chip is aided by 12GB of LPDDR4X RAM and includes 256GB of UFS 3.0 storage.

The phone includes two nano SIM card slots. Android 10 comes pre-installed on it, along with Realme UI. A 4,200mAh battery powers this phone, and it supports 30W fast wired charging. That charging is called ‘Dart Charge’, while wireless charging is not supported.

The phone also supports Bluetooth 5, and a Type-C USB port. An NFC chip is also included. Dual 4G VoLTE connectivity is possible on this phone, while it does not support 5G.

A periscope camera is also included in this package

The last camera on the back is a 2-megapixel macro sensor (f/2.4 aperture). The phone can shoot 960 fps super slo-mo video as well.

The device comes in Glacier Blue and Arctic White color variants. Based on the info provided to us, only the 12GB RAM model will be available in Europe, and cost €499. Pre-orders begin today at Realme.com and various other channels. It will go on sale starting on June 4.

As a side note, Realme announced several other products yesterday. Those products have been announced in China, initially, but Realme did announce their availability details for Europe as well, during today's event. If you'd like to know more, click here. 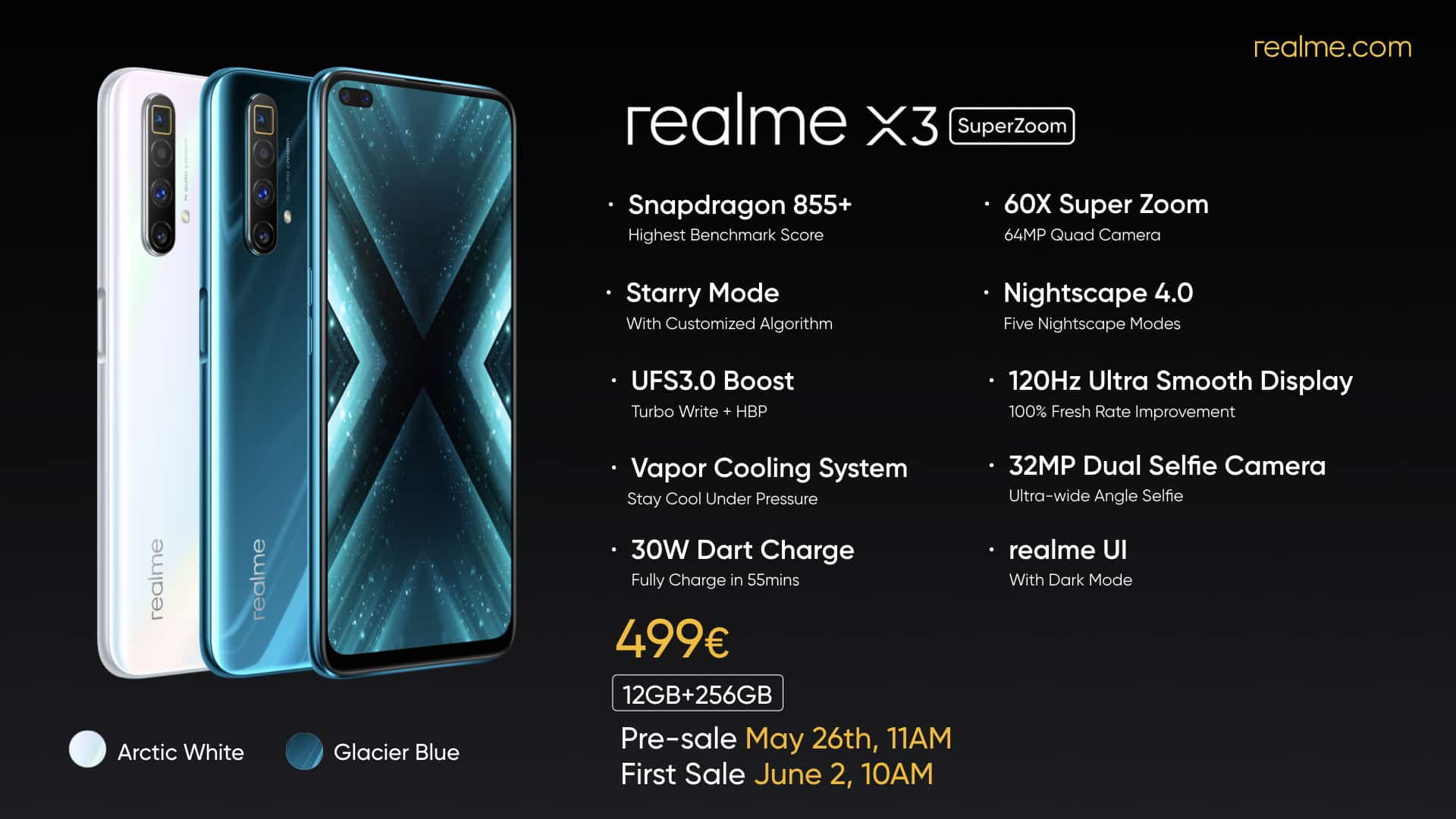