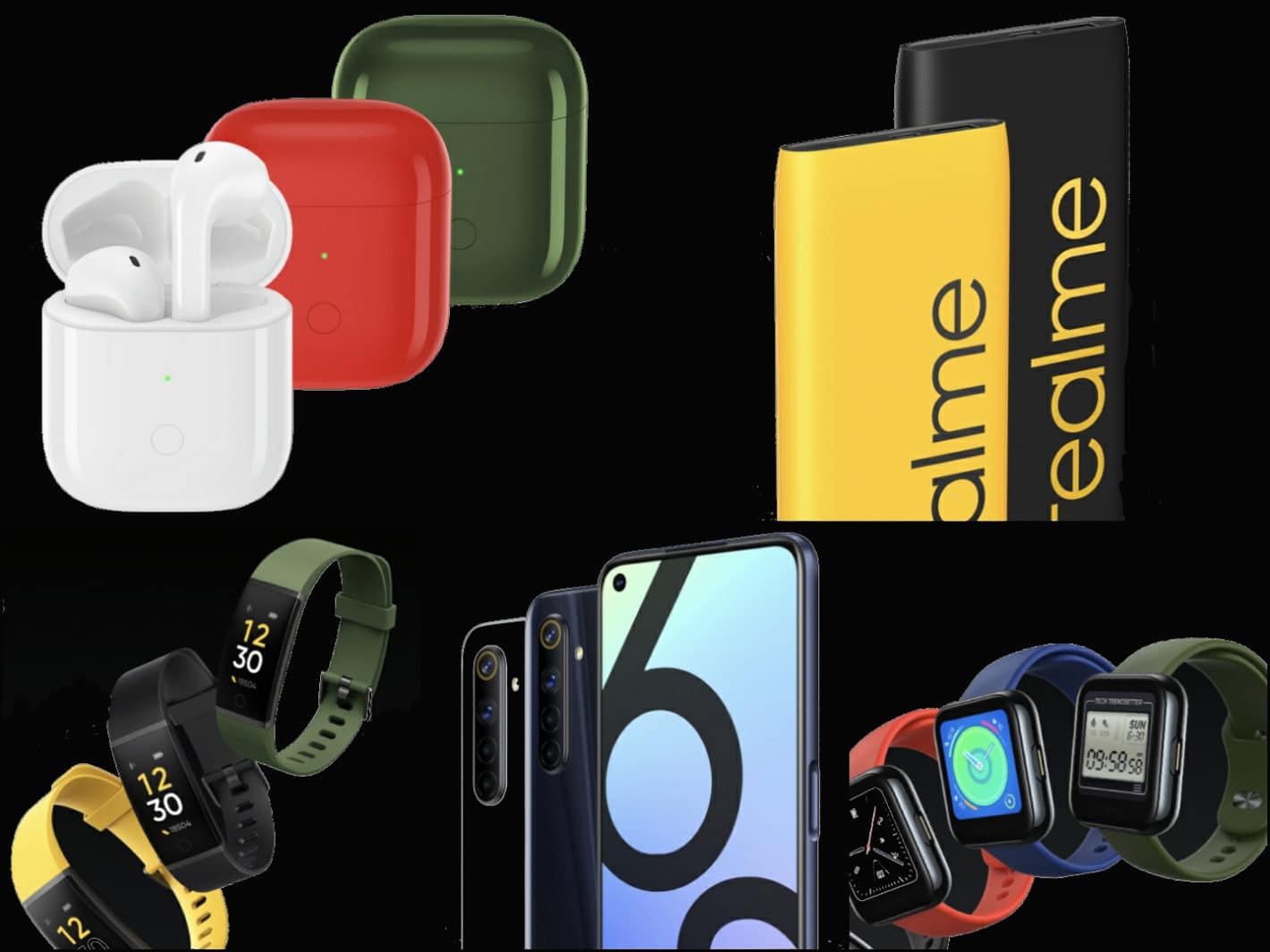 Realme announced a number of its products in Europe today. In addition to the Realme X3 SuperZoom handset, which we already talked about, the company also re-introduced some products which were launched yesterday in China.

Those products are the Realme Watch, Buds Air Neo TWS earphones, 10,000mAh power bank, and more. We'll briefly go over each of those products, as we talked about them yesterday. Each of them will go on sale in Europe next month. 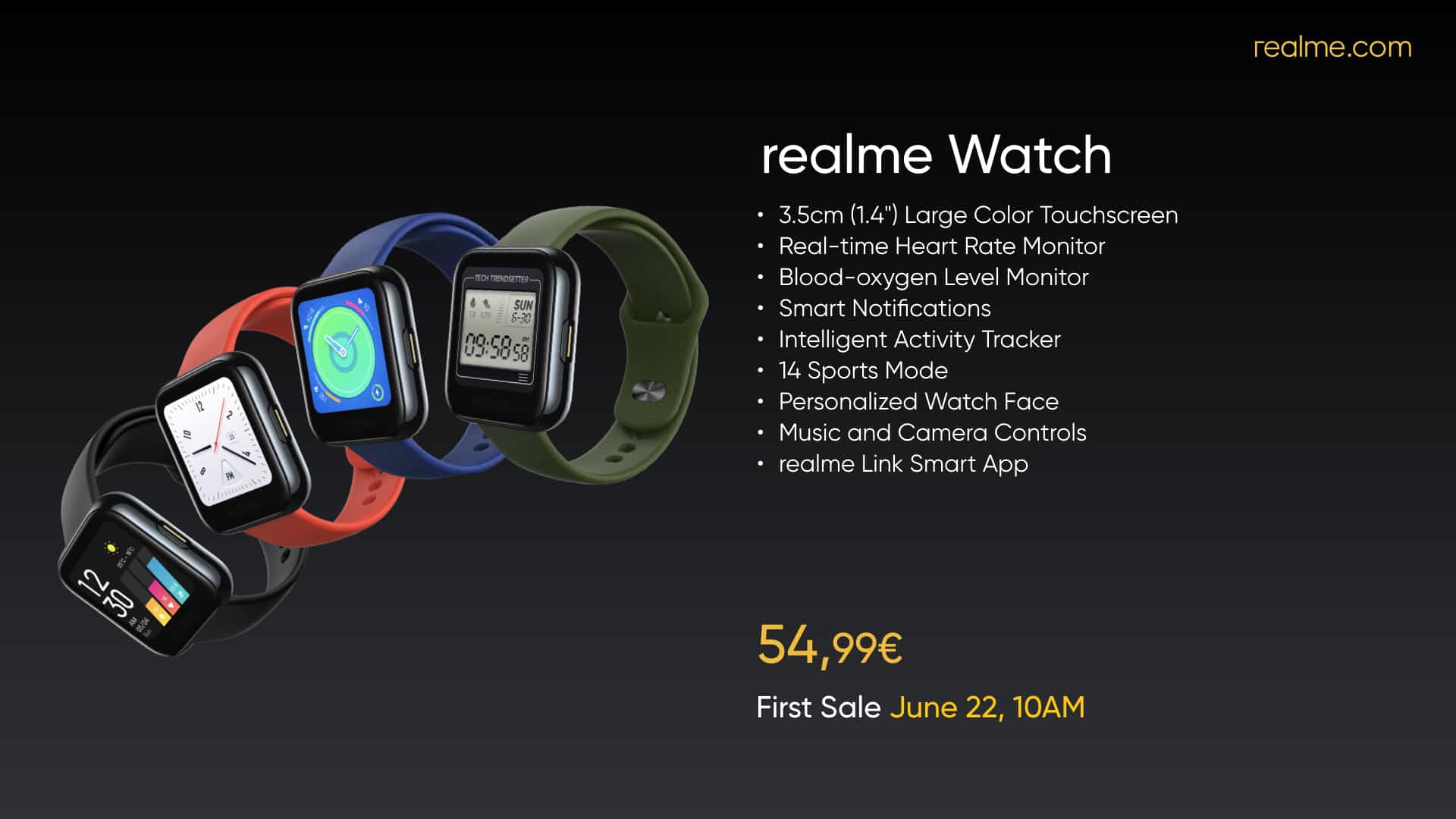 The Realme Watch is the company's very own smartwatch. It comes with a 1.4-inch display, which is touch-sensitive. It also includes a heart-rate scanner, and a blood-oxygen level monitor.

This smartwatch includes 14 sport modes, and it allows you to personalize its watch faces. You can control music and camera using it, while it is also an intelligent activity tracker. You can also get notifications via this watch. 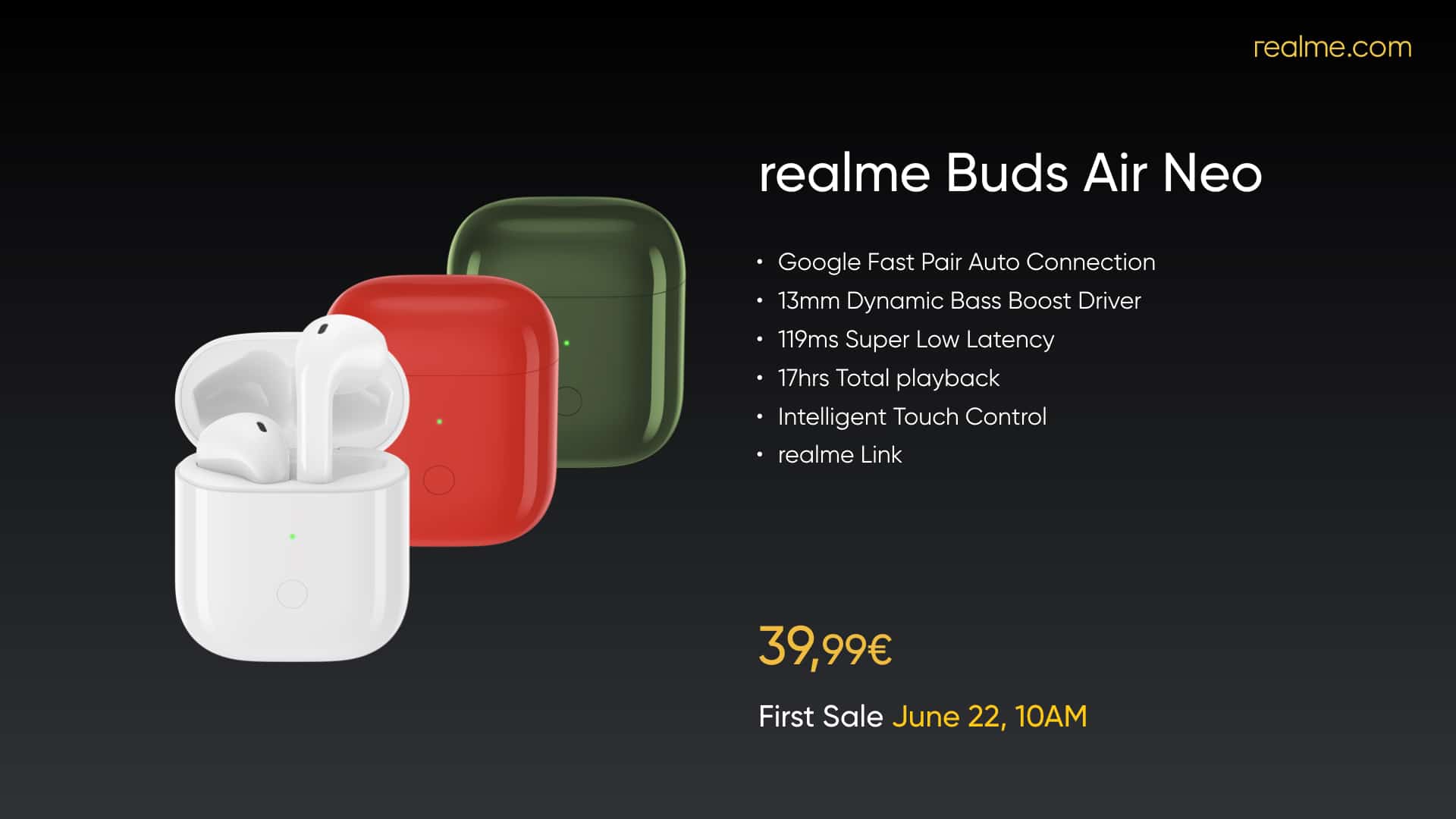 The Realme Buds Air Neo are the company's TWS earphones. In other words, these are truly wireless earphones, and they come in three color variants, as you can see in the provided image.

You can get 17 hours of playback in total out of these earphones, charging case included. They also feature intelligent touch control on the sides. These earphones are priced at €39.99, and will go on sale on June 22 as well. 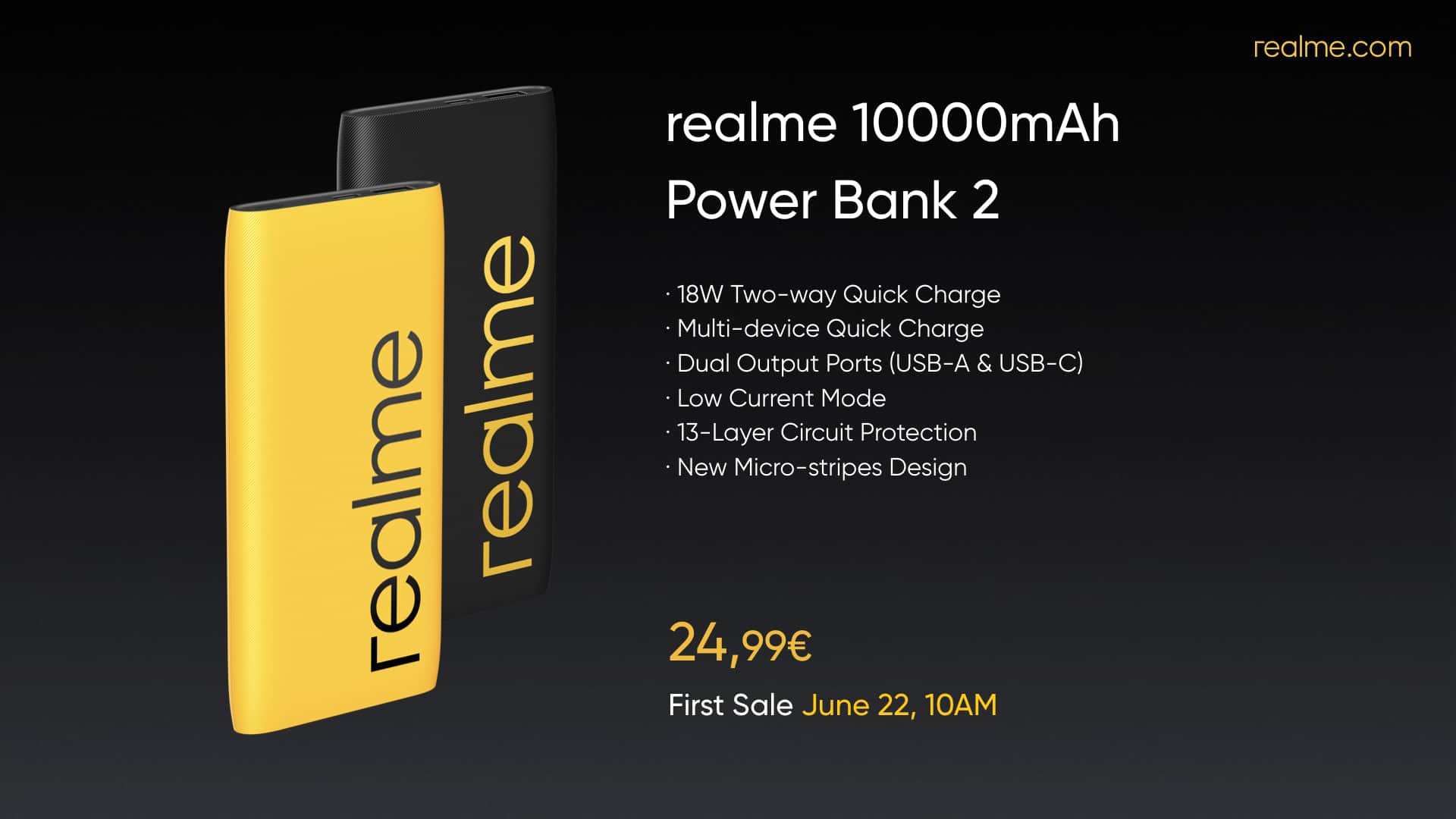 This power bank can charge multiple devices at once, and it has dual output ports (USB-A and USB-C). Low current mode is also supported, while the device offers a 13-layer circuit protection. It is priced at €24.99, and it will go on sale at the same time as the previously-mentioned products. 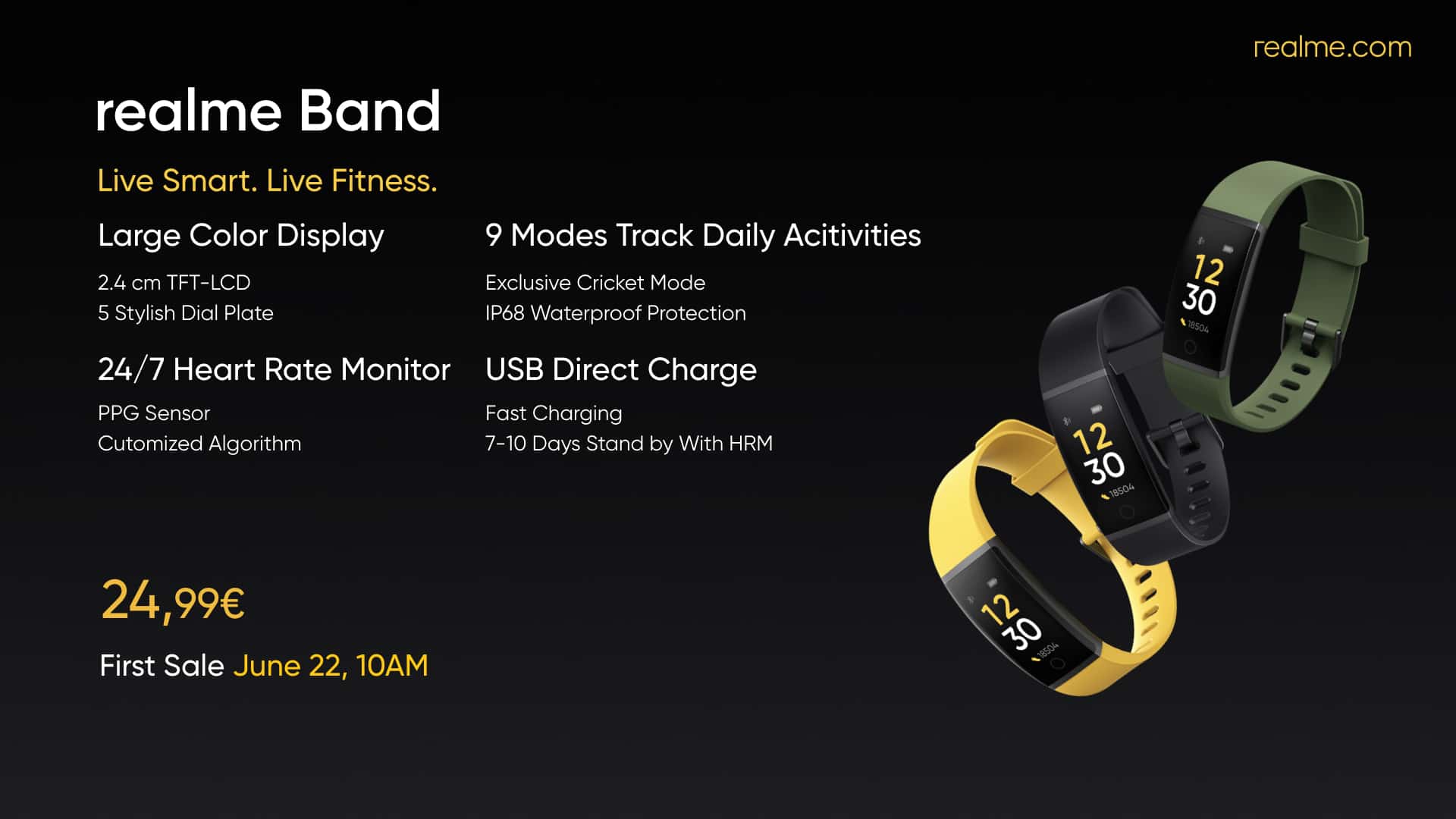 9 modes for daily activity tracking are included, while the band is IP68 certified for water and dust resistance. Fast charging is included, and the company says that this smart band can last for 7-10 days on standby with HRM on. The Realme Band is priced at €24.99, and the same will kick off at the same time as for all products mentioned thus far. 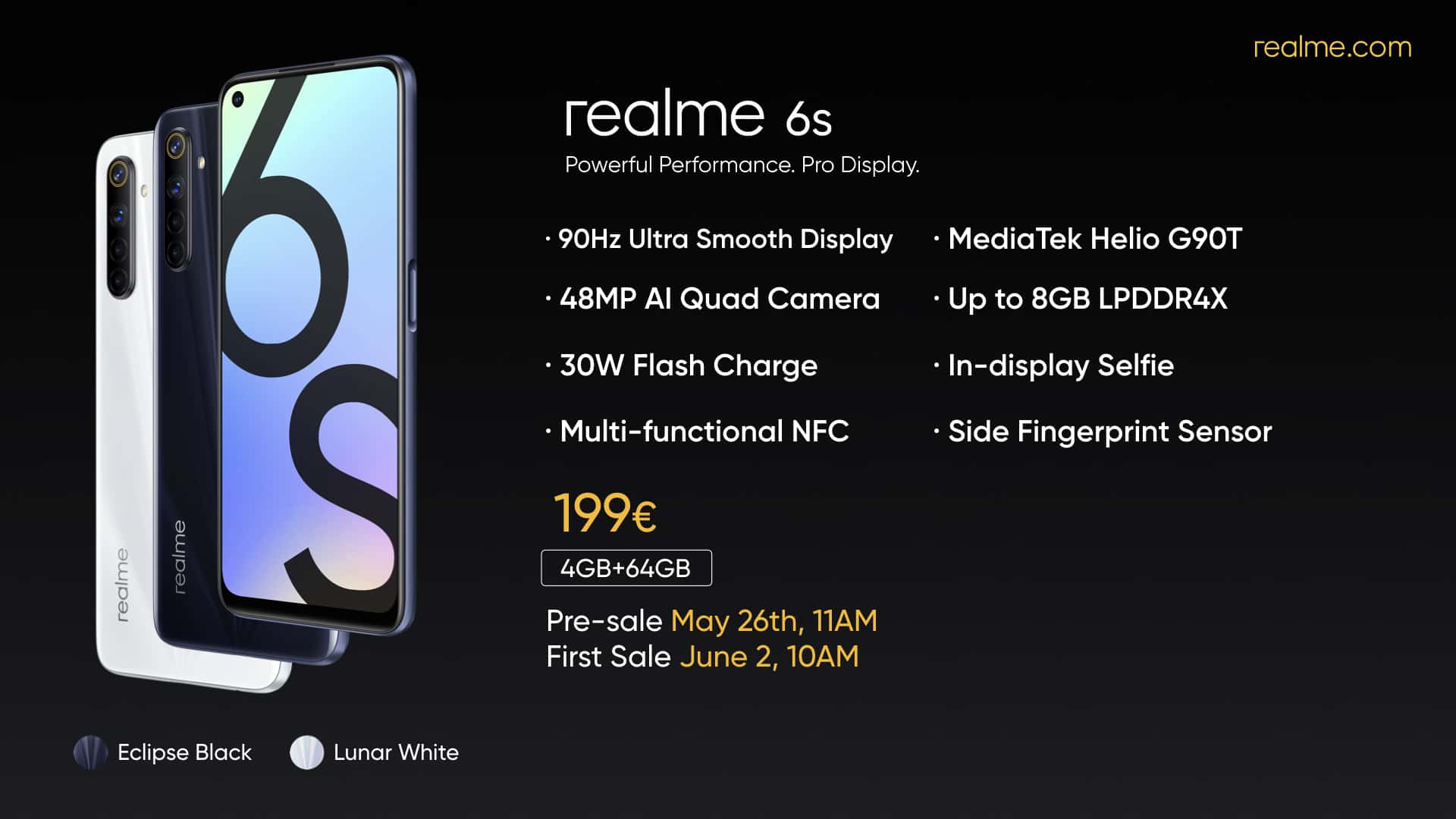 The Realme 6s is a new smartphone that the company announced. This phone is fueled by the MediaTek Helio G90T SoC. it includes a 90Hz display, and up to 8GB of LPDDR4X RAM (starting at 4GB).

The device supports 30W fast wired charging, and a 48-megapixel main camera on the back, in addition to two other cameras. A side-facing fingerprint scanner is also included.

The phone sports really thin bezels, and a display camera hole in the top-left corner. Pre-sale for this device started already, while the phone will go on sale on June 2 (10 AM CET). Its price tag starts at €199.