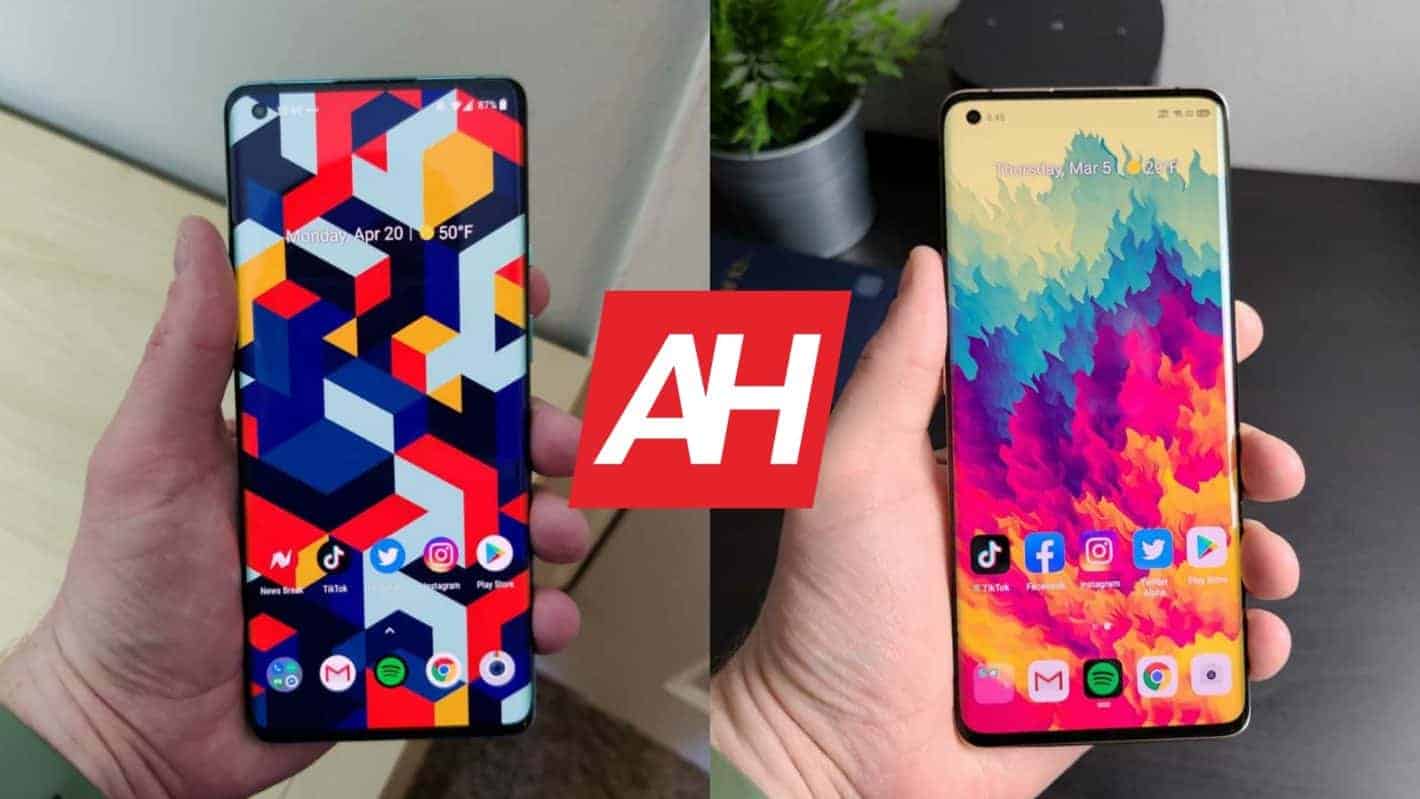 We're here to compare the OnePlus 8 Pro vs OPPO Find X2 Pro. This will make for a rather interesting comparison. Why is that? Well, not only are these two devices the best OnePlus and OPPO have to offer, but they're also cousins, in a way. Both OnePlus and OPPO are owned by BBK Electronics, and the two companies tend to borrow technology one from the other.

That also explains why these two phones look so similar. OnePlus and OPPO devices in the past looked similar, as do the two of these. From the front, they look almost the same. The back side does differ a bit, though. In any case, other than the similar design, they also utilize a very similar display, if not the same hardware panel, and some of their specs are also the same.

Luckily, there are quite a few differences between the two phones as well. In any case, this should definitely be a rather interesting comparison. Some of you are probably wondering which of the two to buy, and we're here to help you make that decision. There you have it, it's time to compare the OnePlus 8 Pro vs OPPO Find X2 Pro.

From the front, these two phones look almost identical. Their back sides are different, though. The OPPO Find X2 Pro actually comes in more than one variant. You can choose between a ceramic back, and a leather back. The leather variant is lighter, and grippier, while the ceramic one may feel more premium to some. In any case, the OnePlus 8 Pro is available in a metal + glass combination only. 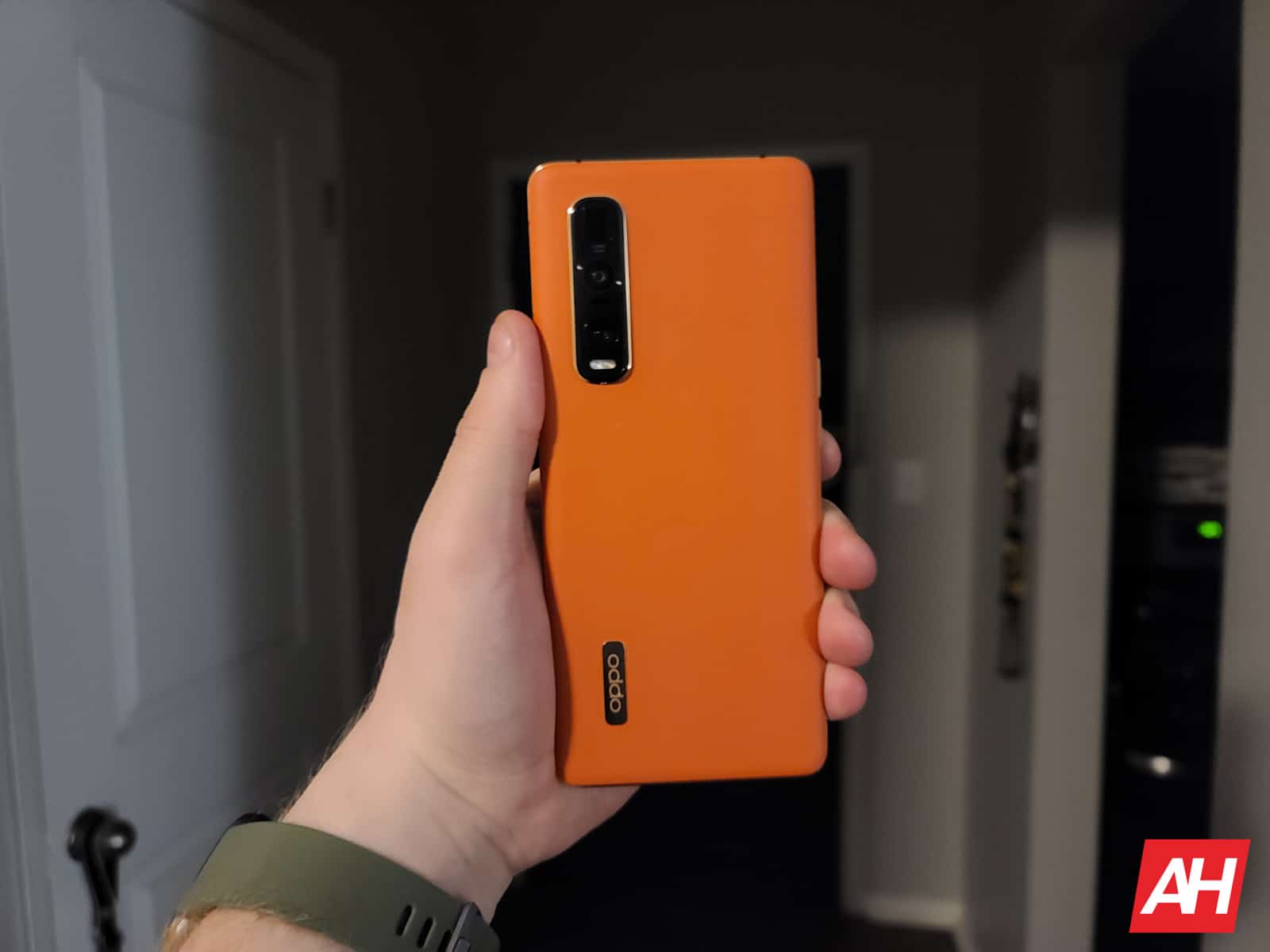 Both devices offer extremely thin bezels, and curved displays. They also include a single display camera hole in the top-left corner. That hole seems to be the same size as well. The power / lock button sits on the right-hand side of both phones. The volume rocker keys are on the left. The OnePlus 8 Pro also sports an alert slider on the left, and that is something the OPPO Find X2 Pro does not have.

The Vegan Leather variant of the OPPO Find X2 Pro is much easier to hold than the ceramic one. It's also much easier to hold than the OnePlus 8 Pro, as it offer a lot more grip. If that's not your preference, the OnePlus 8 Pro feels extremely premium. These two phones are almost identical in terms of size, by the way. They are quite similar in terms of the design in general, though the Vegan Leather OPPO Find X2 Pro stands out.

As mentioned in the introduction, these two phones have a very similar display. It is even possible that it's the same hardware panel. Both phones utilize a 6.78-inch QHD+ (3168 x 1440) AMOLED displays. Both of those panels offer a high refresh rate, 120Hz refresh rate, to be accurate. Both panels also support HDR10+, and can get quite bright. The OnePlus 8 Pro comes with the Gorilla Glass 5 protection, while the Gorilla Glass 6 is included on the OPPO Find X2 Pro.

Side-by-side, we're not seeing much difference between these displays. Their colors are slightly different, but both of them look great. They are both vivid, bright, and extremely sharp. Viewing angles on these two displays are amazing as well. We were not even bothered by those curved edges all that much, but they do reflect light. So, if you do not like curved displays in general, you probably won't like these either. Both displays are curved quite a bit.

We're pretty sure these are the exact same displays. They have been tweaked differently by OnePlus and OPPO, though. Not by much, but the difference is notable. Still, both of these are amongst the best displays in the business at the moment, that's for sure. They also both come from Samsung, in case you were wondering.

In terms of performance, both of these handsets are truly great. Both of them come with the Snapdragon 865 SoC, Qualcomm's most powerful processor. They both include plenty of LPDDR5 RAM, and fast storage as well. Android 10 comes pre-installed, and their software is really well-optimized as well. OPPO's ColorOS has come a long way in the last couple of years, while OxygenOS was one of the best implementations of Android from the get-go.

You'd expect flagship-grade performance out of flagship phones, and that's exactly what you'll be getting here. Both of these phones are extremely fast. They can do your regular smartphone tasks without skipping a beat. That goes for web browsing, app launching, app multitasking, media consumption, and so on. Both phones are actually great for gaming as well. We tried loading the most graphically demanding games on these devices during our reviews, and both handled those admirably.

If performance is what you're worried about here, you shouldn't be. Both will do great in that regard, even though their Android-based OS' look considerably different. OxygenOS will probably fit most people, but as already mentioned, ColorOS came a long way over the years. You cannot go wrong here, really.

Battery life is also one of the aspects you should not be worried about, when it comes to both devices. The OnePlus 8 Pro comes with a larger battery pack, a 4,510mAh battery, compared to the 4,260mAh battery on the OPPO X2 Pro. Both phones do offer great battery life, and on top of that, really fast charging. We'll talk about the charging aspect in a minute. 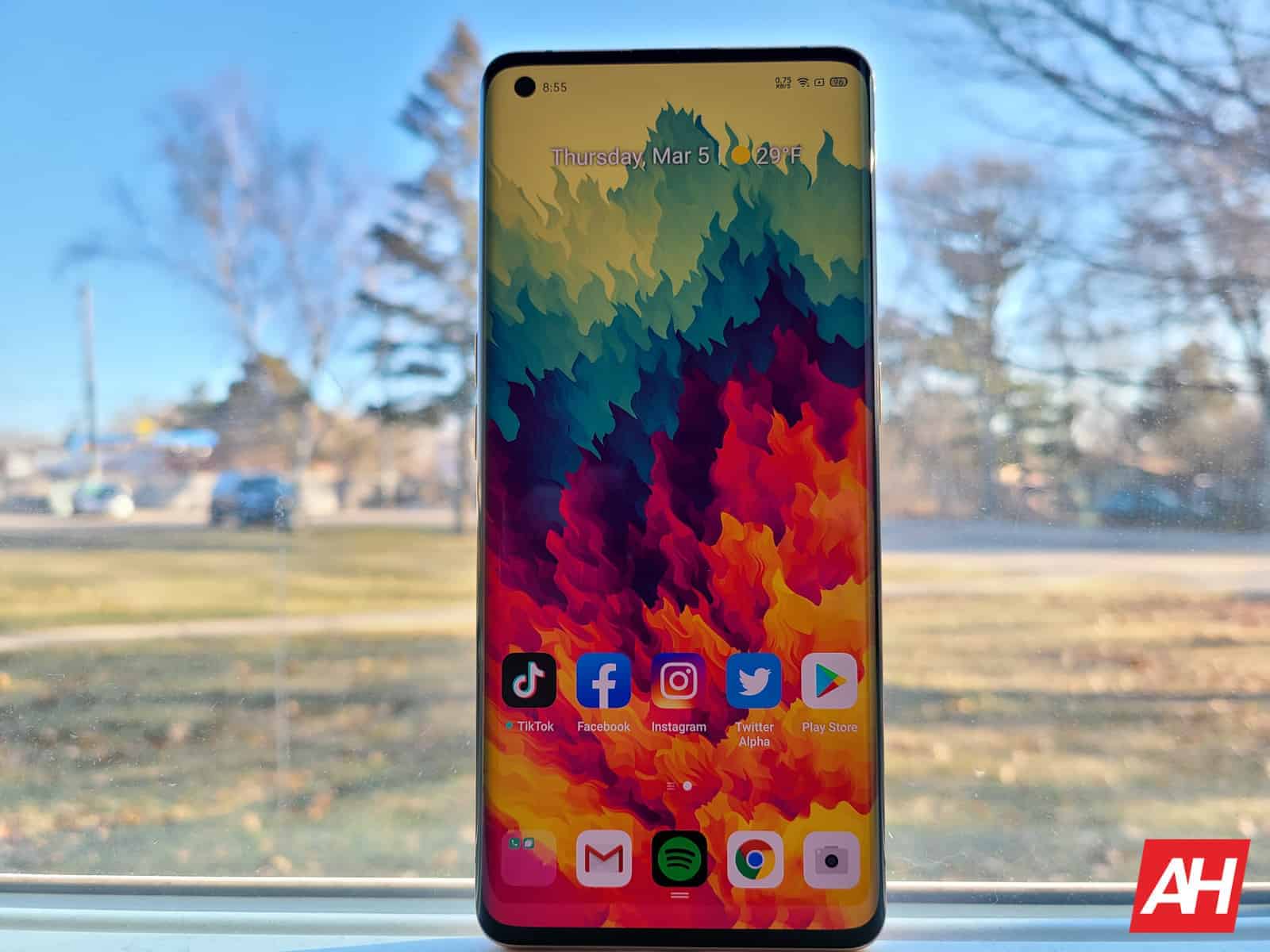 We were always able to get over 6 hours of screen-on-time with these two phones. The OnePlus 8 Pro has proven itself more than the Find X2 Pro, though, it managed to go north of 7 hours on a regular basis. It managed to offer more usage out of a single charge than the Find X2 Pro, on basically every occasion. Not by much, though, as both devices will offer more than enough for most users.

The OnePlus 8 Pro also comes with reverse wireless charging, though that is only 3W. Still, the OPPO Find X2 Pro does not offer support for such charging at all, so. All in all, both phones have plenty to offer in terms of battery and charging. It's up to you to decide what's more important to you, though, and what phone suits you best, as they're a bit different in this regard.

Both OPPO and OnePlus stepped up their game in terms of cameras. The OPPO Find X2 Pro and OnePlus 8 Pro are extremely reliable camera phones. They're still not the best in the market, but they're up there, with the best. Shots in good lighting end up looking great from both devices. They're plenty sharp, offer great dynamic range, and the colors are also quite saturated. In fact, they tend to offer really vivid images, slightly unrealistic, but most people prefer that either way.

Now, in terms of main cameras and low light, they're more than capable. Shots in low light end up looking great from both phones. Both OPPO and OnePlus managed to tune them really well. OnePlus does a bit better job in low light, in our opinion, but both are quite good. The OPPO Find X2 Pro has that periscope camera for crazy zoom levels, so it has that advantage. That camera doesn't do all that great in low light, though, so keep that in mind. Video content from both phones is really good, as are their selfie cameras.

A 3.5mm headphone jack is not included on either of these phones. You'll have to either utilize a dongle, or use Bluetooth headphones. That being said, sound through Bluetooth headphones is quite good. The OnePlus 8 Pro has a slight advantage when it comes to highs, while lows sounded a bit better on the Find X2 Pro in our opinion. Output is quite good on both phones, no complaints here.

Both phones offer stereo speakers as well. Those stereo speakers get plenty loud, and are on point when it comes to sound quality. They are sharp, and the distortion is quite minimal at the highest volume setting, barely noticeable. You can even get some bass out of these speakers. The output is quite similar when it comes to their speakers, by the way, so they're basically on the same playing field. 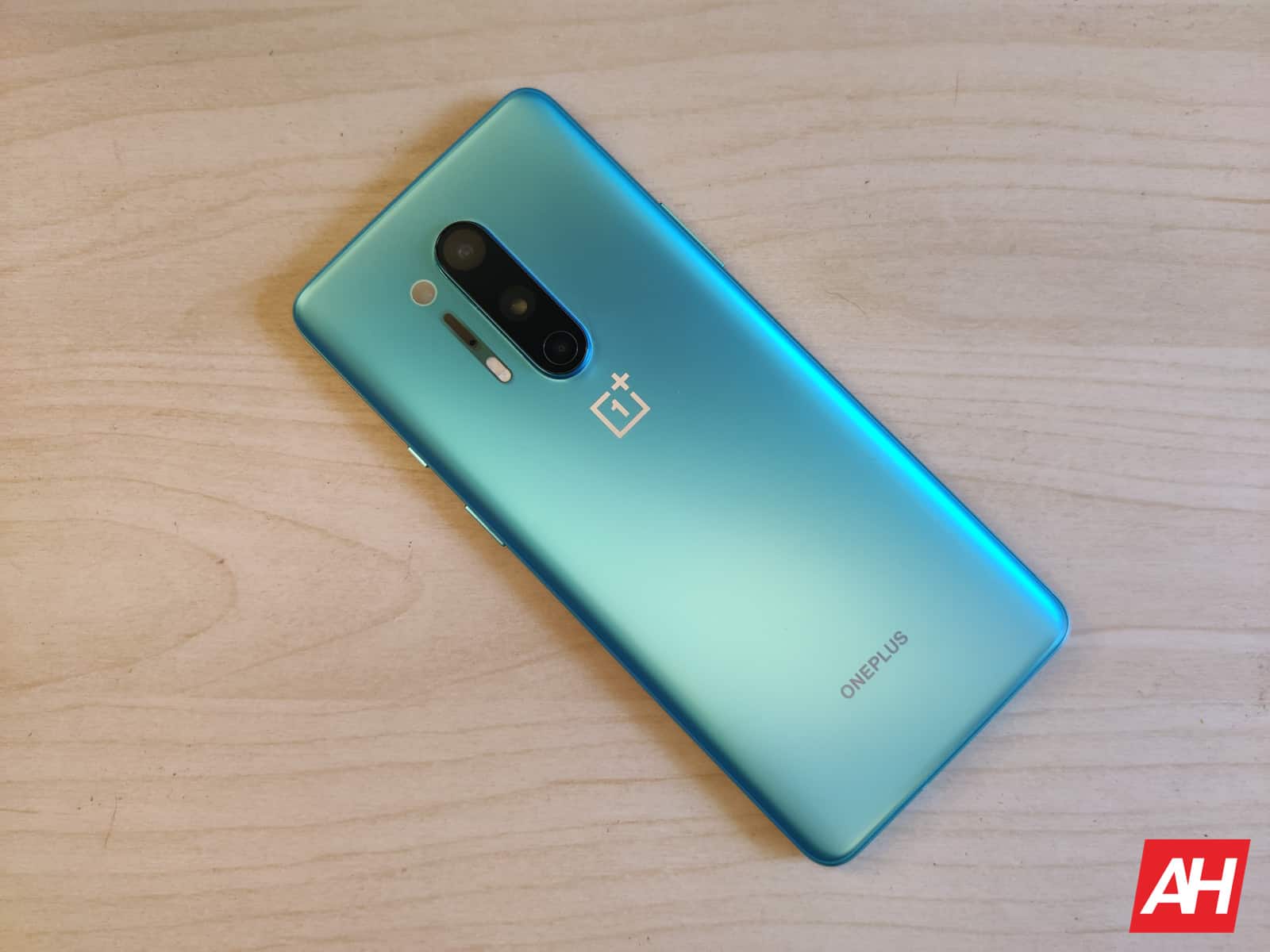 That brings us to the end of our OnePlus 8 Pro vs OPPO Find X2 Pro comparison. So, what's the gist? Well, the OnePlus 8 Pro and OPPO Find X2 Pro are quite similar in a number of ways. Their displays are probably identical, and quite similar in terms of output. They look quite similar, while camera performance is similar as well, at least as far as the main sensor is concerned. The audio output is similar as well. Both phones offer great battery life, and have plenty to offer in general. Their software is different, but both builds are great. Do note that the OnePlus 8 Pro is about $200 more affordable, though. No matter which of the two you pick, you'll probably be happy with them, so… it's up to you.