OnePlus has joined a number of Chinese smartphone manufacturers in order to improve file transferring on Android. Back in January, it was reported that Vivo, OPPO, and Xiaomi are working together on a new file transferring system for Android, and OnePlus is now a part of that initiative.

OnePlus is not the only company that joined the initiative, though. Realme, Black Shark, and Meizu also joined the alliance. Those are some rather influential companies, major players in the smartphone market.

That alliance was originally formed in August last year, by the way, even though the news surfaced in January. The companies are working on a new P2P file transfer protocol.

They are developing that transfer protocol in order to improve file sharing on Android. It is supposed to simplify cross-device file sharing, and bring a true alternative to AirDrop to Android.

That solution has been released already, back in February. It was released by initial members of the alliance, Xiaomi, Vivo, and OPPO. Well, new companies have just joined the fold.

These newest arrivals will probably inspire other companies to join the fold as well. You will notice that all of the companies mentioned here are based in China. It remains to be seen if companies from other countries will be compelled to join.

XDA Developers note that this file-sharing system will benefit a lot of people. It is expected to benefit over 400 million users around the world, as the companies mentioned have huge user bases.

It is a much better option than using Bluetooth

This protocol supports file transfer speeds of around 20Mbps over a stable connection. Needless to say, such transfers are much more effective than transfers over Bluetooth, which are much slower.

We’re not sure when will this file transfer protocol be made available on OnePlus, Realme, Black Shark, and Meizu devices. That will probably happen soon, though.

Black Shark may be the first do deliver it, though, well, it may have already done it, in fact. According to a recent press release, Black Shark’s JoyUI 11 includes the P2P file transfer protocol.

We’re not sure if that is the P2P file transfer protocol that the aforementioned companies have developed, though. JoyUI 11 has been released for the Black Shark 2 and Black Shark 2 Pro, by the way.

It remains to be seen what will happen from this point on. We do presume that more companies will join this initiative, though, which may make this file transferring system quite popular. 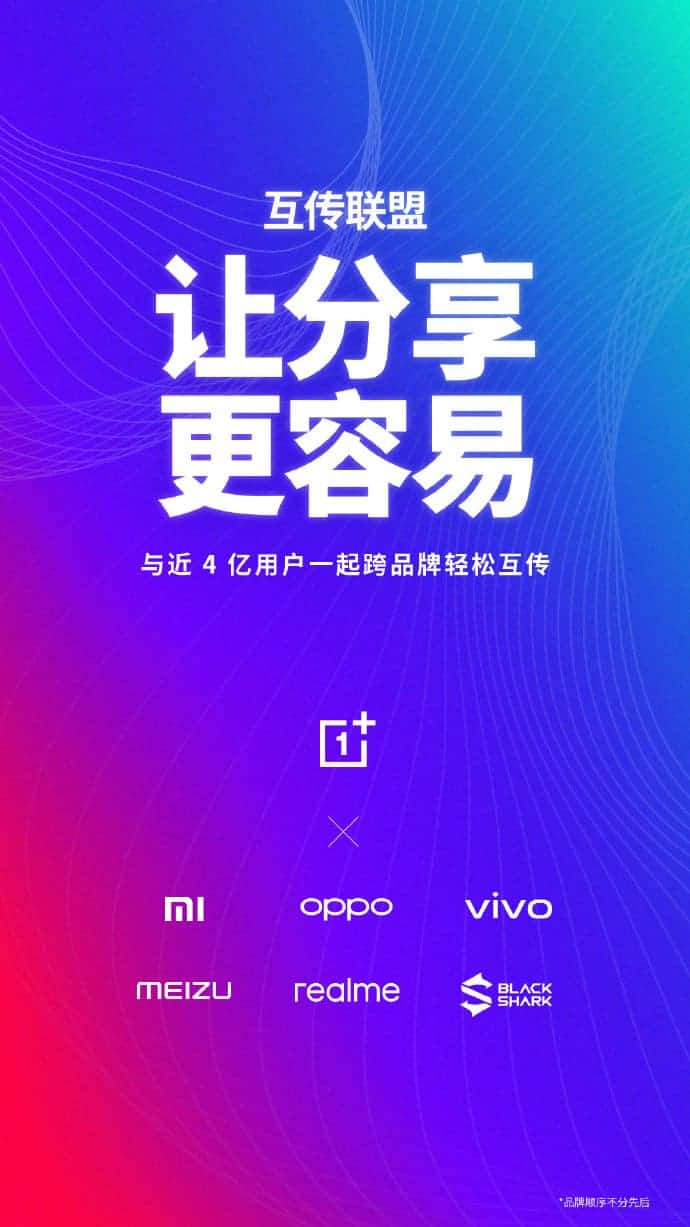 Advertisement
Trusted By Millions
Independent, Expert Android News You Can Trust, Since 2010
Publishing More Android Than Anyone Else
0
Today
0
This Week
157
This Month.
157
This Year
110348
All Time
Advertisement