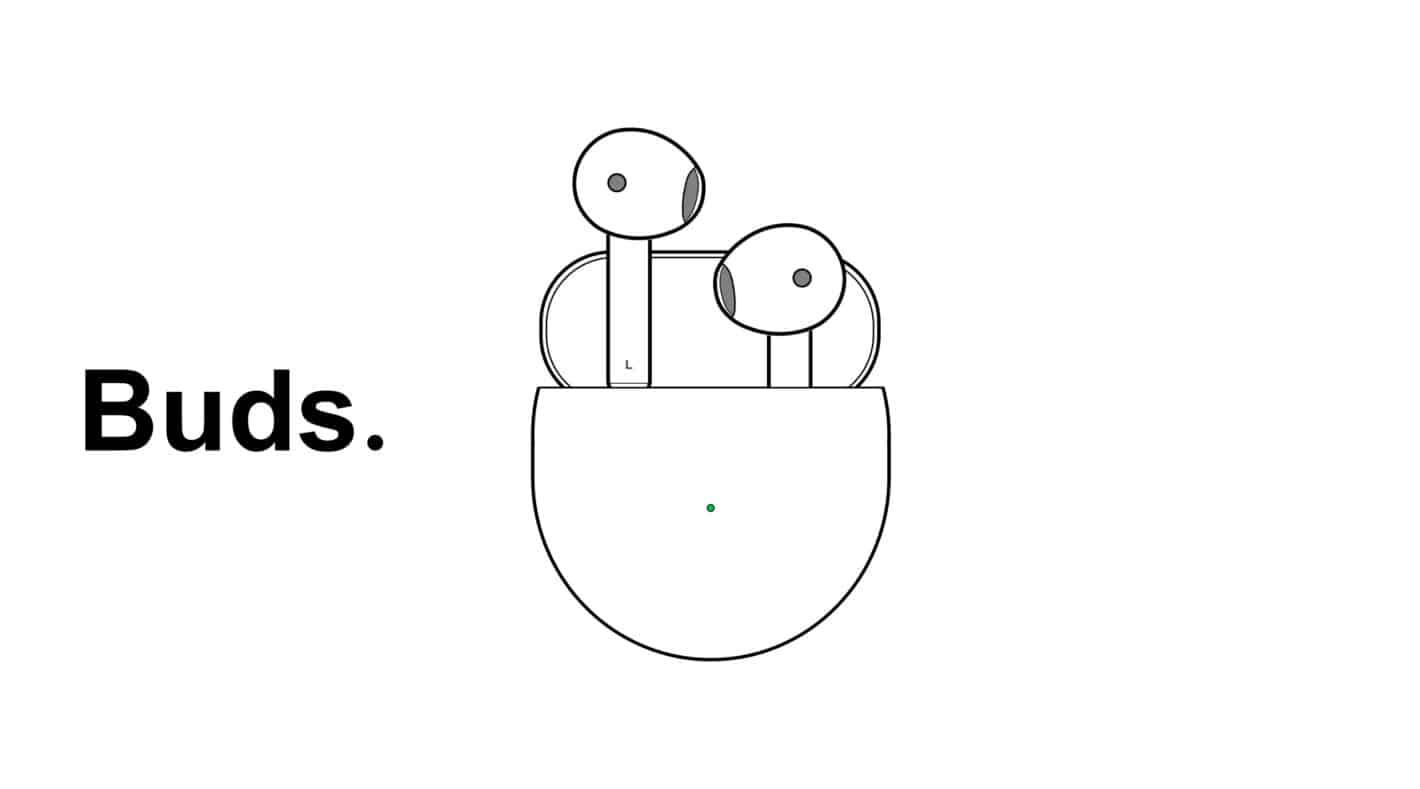 OnePlus is planning to announce its first pair of TWS earphones soon. Those TWS earphones will be called the OnePlus Buds, it seems. This information comes from Max J., a well-known tipster.

Do note that this is just a sketch, though. Even though that's the case, you can clearly see what design OnePlus is going for. It seems like the company got inspired by the Apple AirPods here.

The case will be fairly small, and those earbuds will have a similar shape to the Apple AirPods. They will be about the same size as well, based on this image. The charging / carrying case will have an LED indicator on the front.

The OnePlus Buds will arrive as OnePlus' first pair of TWS earbuds in July, it seems. That information was also revealed by Max J. a while back. These earbuds will launch alongside the company's upcoming smartphone.

These earphones will launch alongside the OnePlus Z

The OnePlus Z, OnePlus' mid-range handset, is expected to arrive in July as well. OnePlus announced the Bullets Wireless Z wireless headphones along with the OnePlus 8 and 8 Pro.

Well, its TWS earphones will arrive alongside its mid-range handset. Many people were expecting these earbuds to arrive with OnePlus' flagships, but that did not happen.

We're not sure how much will these cost, nor what colors will be available. We'll have to wait for more information in order to figure that out. Such info will probably arrive in the near future, though.

One thing is for sure, these will be open-ear earphones. As you can see, they do not have a seal on them, in the form of silicone ear tips. We are hoping these earphones will offer ANC (Active Noise Cancellation), though.

They probably will, as many TWS earphones out there offer such a feature. With open-ear earphones, it's kind of a must-have feature for many people, and that's understandable.

We're also hoping that these earphones will have some sort of touch controls on them. Controls that will allow you to switch songs, play / pause songs, and so on. We'll see what will happen.