It seems like the OnePlus 8 Pro has a hardware problem with its display, the so-called ‘black crush’ issue. This is one of the display issues that users have been reporting via the company’s forums.

Some OnePlus 8 Pro units seem to be crushing black pixels on the display, and that is noticeable. It seems like OnePlus acknowledged the issue, and is now offering its users a chance to get their phone returned (with a refund), repaired, or replaced.

This information has been revealed by a Reddit user, as you can see in the image provided below this paragraph. Do note that this information does not come directly from OnePlus, though, so it’s not official. 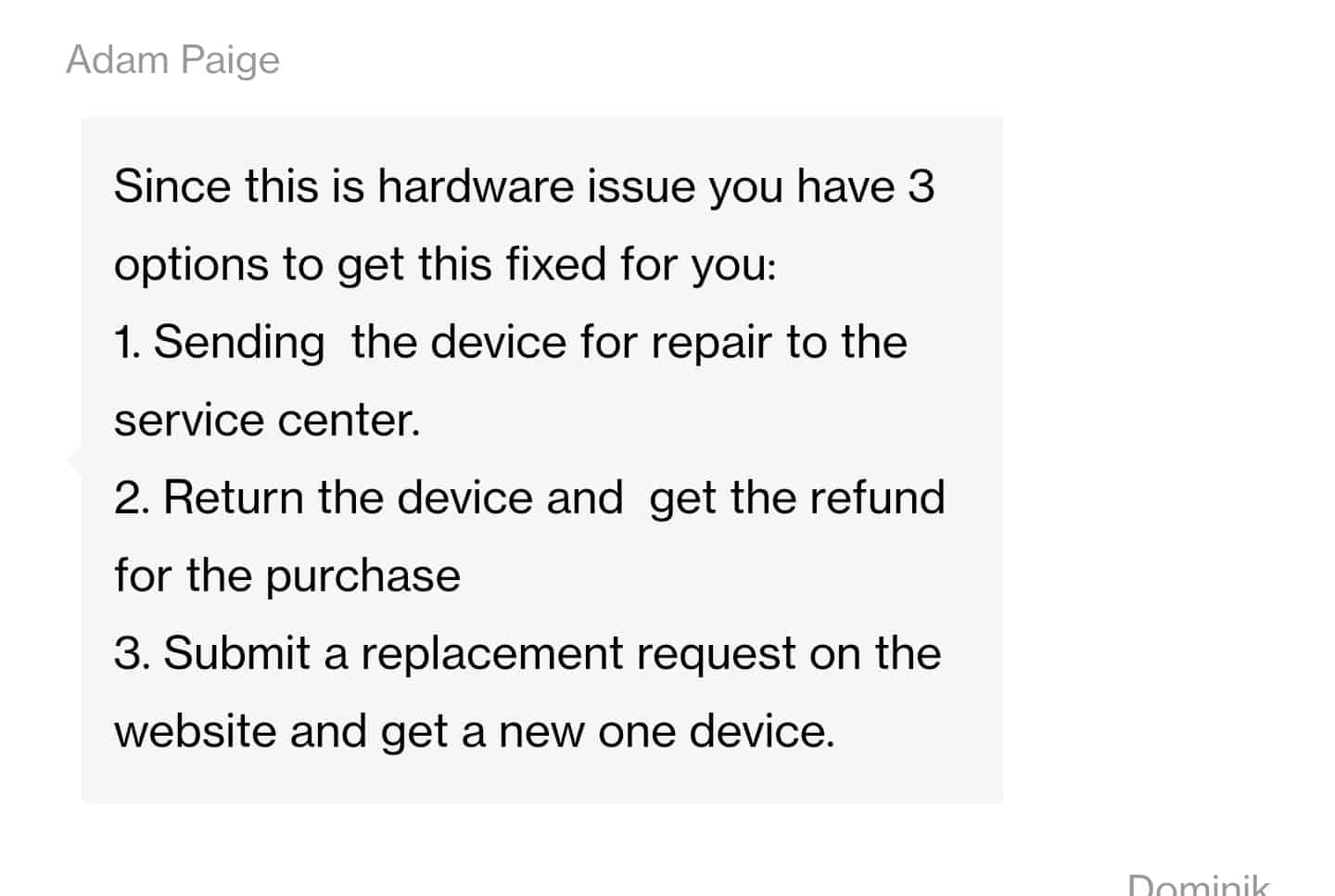 This problem was reported along with the green tint issue, which was partially fixed already. Users have also been reporting some false presses thanks to the phone’s curved display. That is also something that the company addressed already.

It remains to be seen if the shared screenshot of a Reddit user is legit. If it is, more such screenshots will probably surface in the near future, if the company doesn’t share an official statement in the meantime.

The OnePlus 8 Pro is the company’s most expensive, and most powerful phone to date

The OnePlus 8 Pro is the company’s most powerful, and most expensive smartphone to date. The device packs in top-of-the-line specifications, and it competes with the best out there.

The OnePlus 8 Pro has delivered in the camera department as well, so it’s a great all-around flagship. It comes with the Snapdragon 865 SoC, 8GB / 12GB of RAM, and a gorgeous QHD+ 120Hz AMOLED display.

The phone also features 30W fast wired and wireless charging, and an official IP rating. LPDDR5 RAM is a part of the package, and the same goes for UFS 3.0 flash storage.

Display issues are the only serious issues that users have been reporting with the device, and not all models have such issues. Based on reports, only a small portion of devices is affected by them.

It remains to be seen how will OnePlus react to all of this. If the ‘black crush’ issue is a hardware problem, the company will have quite a few of OnePlus 8 Pro units to repair / replace / refund.