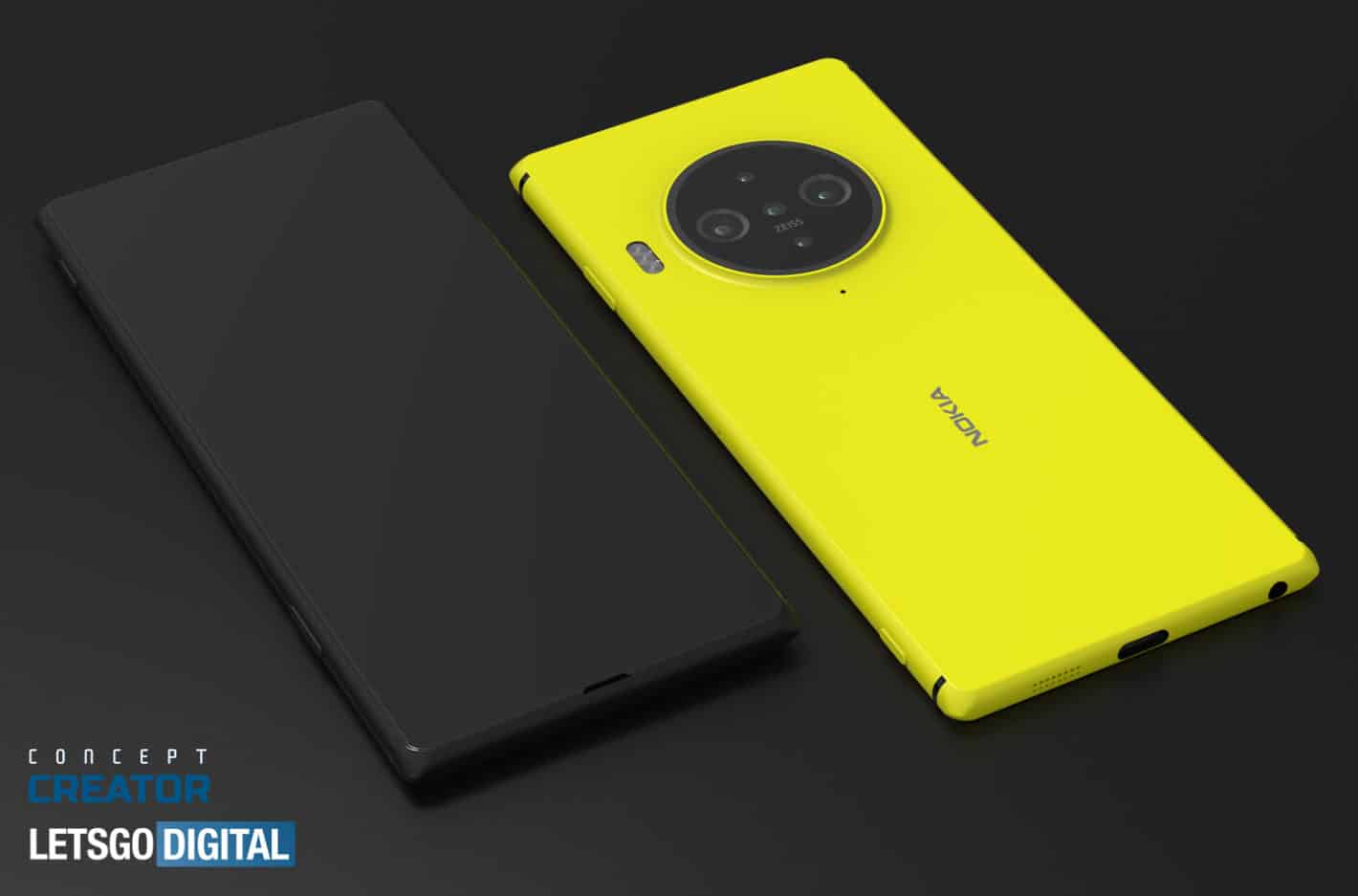 That being said, this design looks great. The moment you lay your eyes on it, you’ll notice that a front-facing camera is not there. Well, it is, but you can’t see it. The designer decided to place the camera under the display.

The Nokia 9.3 5G is rumored to include an under-display camera, which is why the designer opted to go down that route. Do note that the phone probably won’t include such tech, though. It’s highly unlikely that HMD Global will utilize it first, chances are OPPO, Vivo or Xiaomi will.

This phone seems to be made out of metal and glass, but the source doesn’t talk about build materials. The phone includes extremely thin bezels, and a flat display.

The power / lock button sits on the right-hand side of the phone, while the volume up and down buttons are on the left. Nokia’s branding is visible on the back, as is a noise-canceling microphone.

A Type-C USB port is placed at the bottom of this phone, along with a 3.5mm headphone jack. The designer optimistically decided to include an audio jack here.

The phone is expected to include a 120Hz display, and Snapdragon 865 SoC

The Nokia 9.3 5G is rumored to include a 6.3-inch QHD+ OLED display. That will be a 120Hz display, allegedly. The Snapdragon 865 will probably fuel this smartphone.

The device is expected to include at least 6GB of RAM and 128GB of storage. An 8GB RAM variant with 256GB of storage was also mentioned. Both of those variants will allegedly offer storage expansion, though.

The Nokia 9.3 5G will allegedly include a 108-megapixel camera, and a 64-megapixel on the back, along with three additional sensors. A wide-angle camera will be included, along with a telephoto one, and a macro camera.

A 4,500mAh battery has been mentioned earlier, and the device will almost certainly offer fast wired and wireless charging. Android 10 will come pre-installed on the phone, while the device may come with an official IP rating.

The phone will offer 5G connectivity, as its name says. We’re still not sure when will this phone launch, but HMD Global is rumored to bring it in August or September.