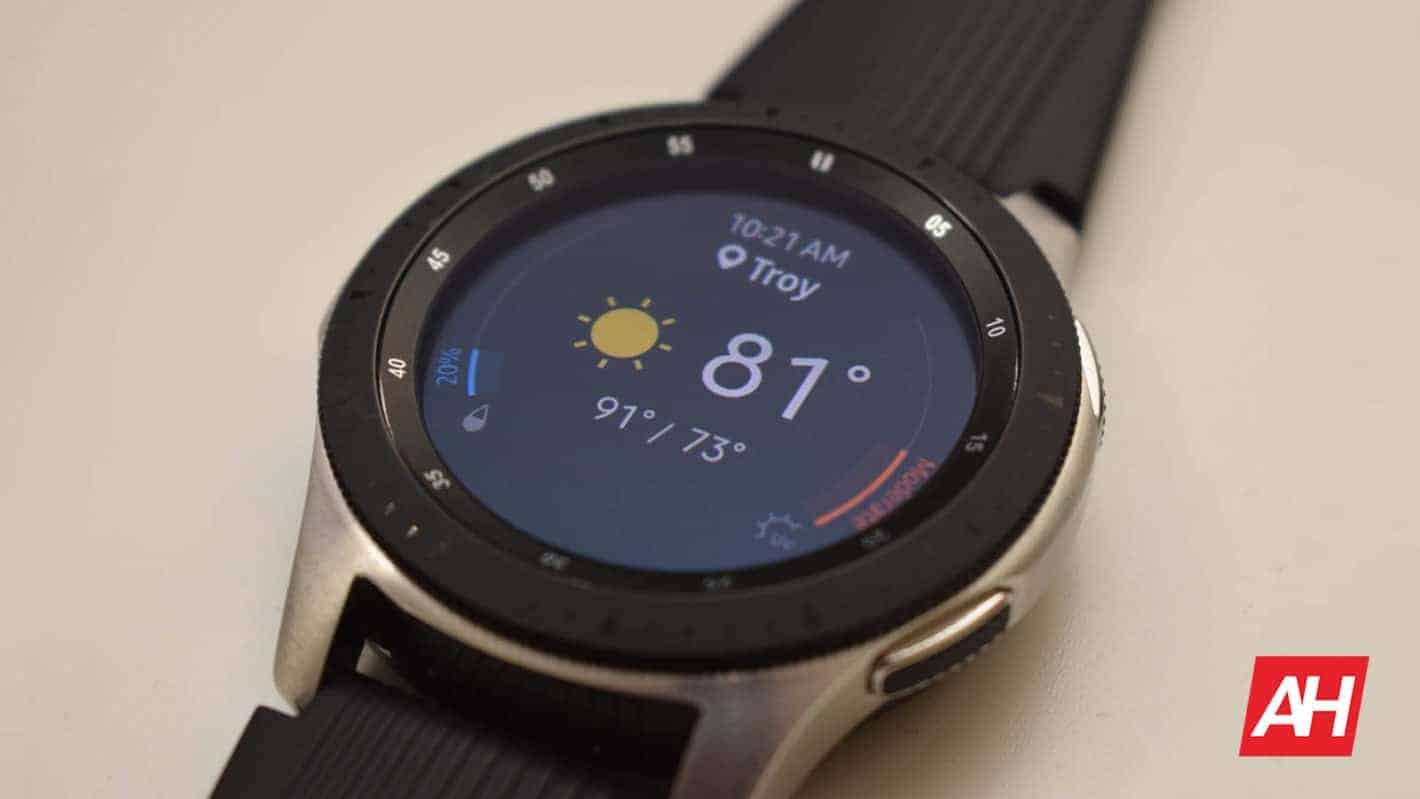 The next-gen Samsung Galaxy Watch may not be that far off now. The smartwatch has just stopped by the American regulatory body FCC, hinting at an imminent launch. It also picked up the necessary certification in China earlier this week.

Samsung also has Wi-Fi-only versions of the watch in the works. They should bear the model numbers SM-R840 and SM-R850 for the two size variants. They are yet to appear at the FCC but expect that to happen soon.

The FCC filing for the new Samsung Galaxy Watch includes a sketch of the smartwatch's backside. It reveals a circular design with a 45mm stainless steel case for the larger variant, i.e the SM-R845.

In addition to the stainless steel casing revealed by FCC, the upcoming Samsung smartwatch will also be available in aluminum and titanium construction. It's the first time the Korean manufacturer is offering a Galaxy Watch in Titanium casing.

It's unclear what Samsung will call its next smartwatch. After launching the first Galaxy Watch in 2018, the company followed it with two Galaxy Watch Active models.

It remains to be seen if the new watch will be a third-gen Watch Active or a long-overdue sequel to original non-Active Galaxy Watch.

If it's the latter, expect it to feature a physical rotating bezel as well. The Active Galaxy watches have a virtual one.

We'll probably get to know more about the upcoming Samsung Galaxy Watch in the coming weeks. If recent history is any indication, the official announcement may not be too far off now. Samsung last year released a teaser for the Galaxy Watch Active 2 just about four days after it received the FCC certification.

The watch was eventually unveiled a few days before the Galaxy Unpacked event in August. So the upcoming watch could also beat the Galaxy Note 20 to the punch. The new Note flagship is coming in August this year, possibly along with the Galaxy Fold 2.