UPDATE: 120Hz display refresh rate is now rolling out to the Meizu 17 and 17 Pro.

ORIGINAL ARTICLE: The newly-announced Meizu 17 and 17 Pro will get 120Hz refresh rate via a software update. These two phones got announced quite recently with 90Hz refresh rate.

The Meizu 17 & 17 Pro will soon get the 120Hz refresh rate update, which is already in testing

According to the provided information, this update is currently being tested by early adopters. So the update is pretty much ready already, but Meizu is trying to polish it out even further.

The OnePlus 8 Pro, for example, features a 120Hz display with 240Hz touch sampling. The same could happen with the Meizu 17 and 17 Pro, as the higher refresh rate is usually accompanied by higher touch sampling.

The Meizu 17 and 17 Pro were announced quite recently, and are already available in China. We still do not know when will they become available on a global scale, though.

These two phones look exactly the same. They both include four cameras on the back, are made out of metal and glass, and have thin bezels. A display camera hole is placed in the top-right corner of these two phones.

Both devices include a flat display, by the way. Both of them are fueled by the Snapdragon 865 SoC, and support 5G. You’ll find a 6.6-inch fullHD+ AMOLED display on these two phones, Samsung’s panel.

The Meizu 17 Pro comes with more RAM than the regular model, and with faster RAM as well. There are also some differences in the camera department here, the ‘Pro’ model is more compelling in that regard as well. 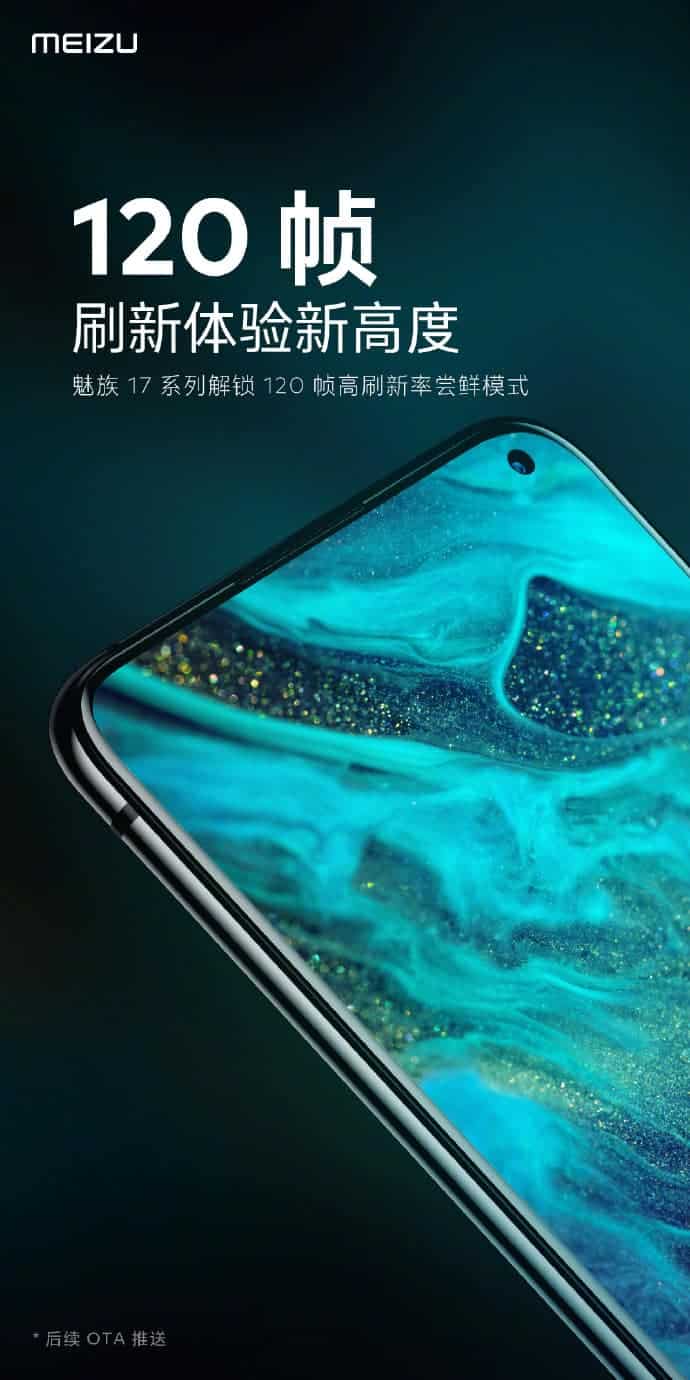