While about a quarter of the Mate 20 Pro components came from China, its successor upped that percentage to 42%. At the same time, the smartphone’s reliance on American parts spiraled down to a mere 1%, down from 11%.

The only U.S. company involved in the production of the Mate 30 is Corning. Huawei’s Android flagship was still able to leverage Gorilla Glass 6 because the electronics-focused ban didn’t encompass Corning’s products.

Almost half of Huawei Mate 30 suppliers are Chinese

Earlier today, President Trump effectively prolonged Huawei’s sanctions by another year. Because of that, the company’s strategic supply chain overhaul is bound to continue.

The Mate 40 should hence be even more reliant on Chinese components than last year’s phablet range. U.S. companies are understandably less than thrilled about losing one of their largest foreign clients. After all, Trump’s ban is largely political in nature, officially imposed for national security purposes.

With South Korea being a close ally and trade partner of the U.S., its contributions to Huawei flagships also dropped year-on-year. The same breakdown of Mate 30 suppliers reveals Huawei’s reliance on the likes of Samsung and SK Hynx essentially halved.

Many Trump administration critics argue that’s the exact opposite effect of what the ban was meant to achieve in the first place. Then again, Washington never claimed it wanted to inhibit Huawei economically, often reiterating the aforementioned national security concerns associated with Huawei products.

In the end, the ban arguably hurt Huawei’s Mate 30 suppliers from the U.S. more than the Shenzen-based company itself. The upcoming Mate 40 will hence be yet another Huawei smartphone to lack Google Mobile Services, costing the Android owners billions of dollars.

Huawei, for its part, is still claiming it’s willing to resume collaboration with American companies moving forward. But for that to happen, it will need to shake off the image of being controlled by Beijing. That’s an unlikely feat, to say the least; after all, that’s precisely what Huawei’s been unsuccessfully trying to do since the turn of the century. 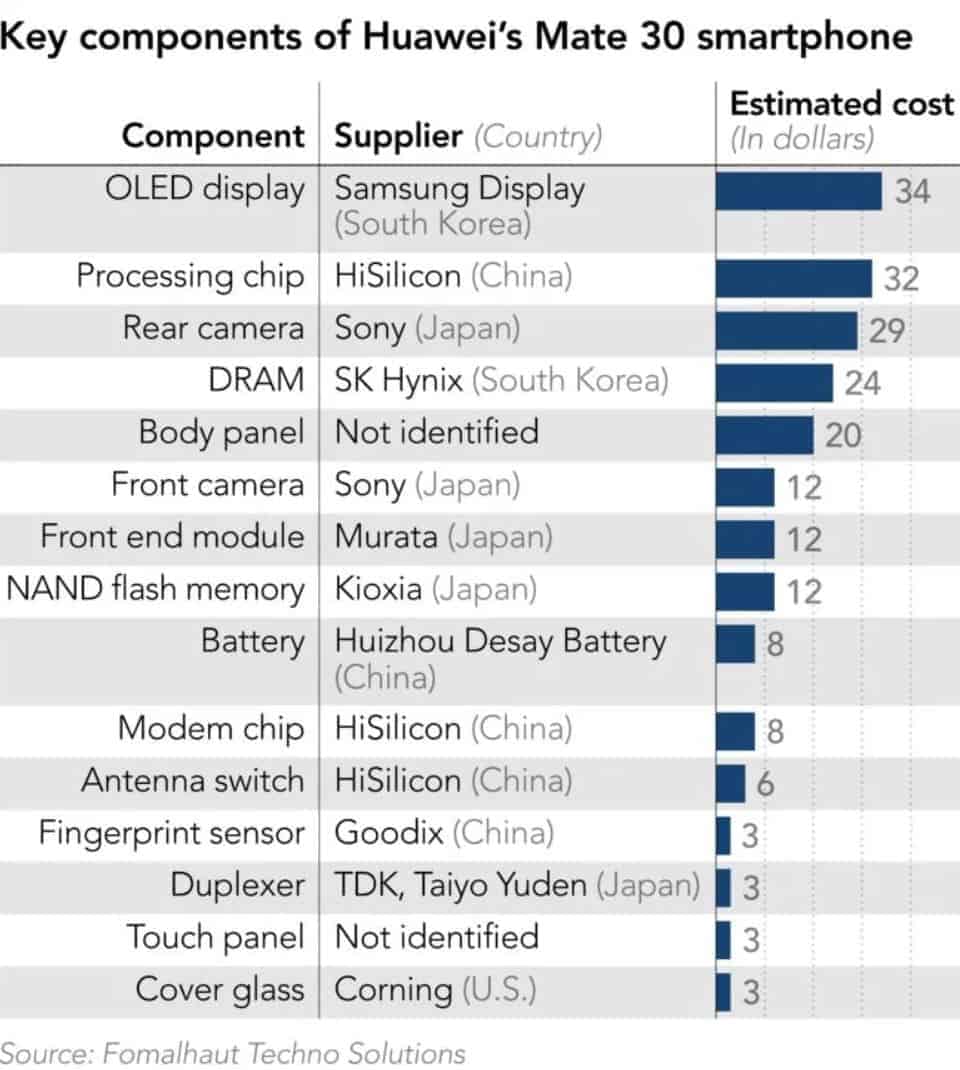