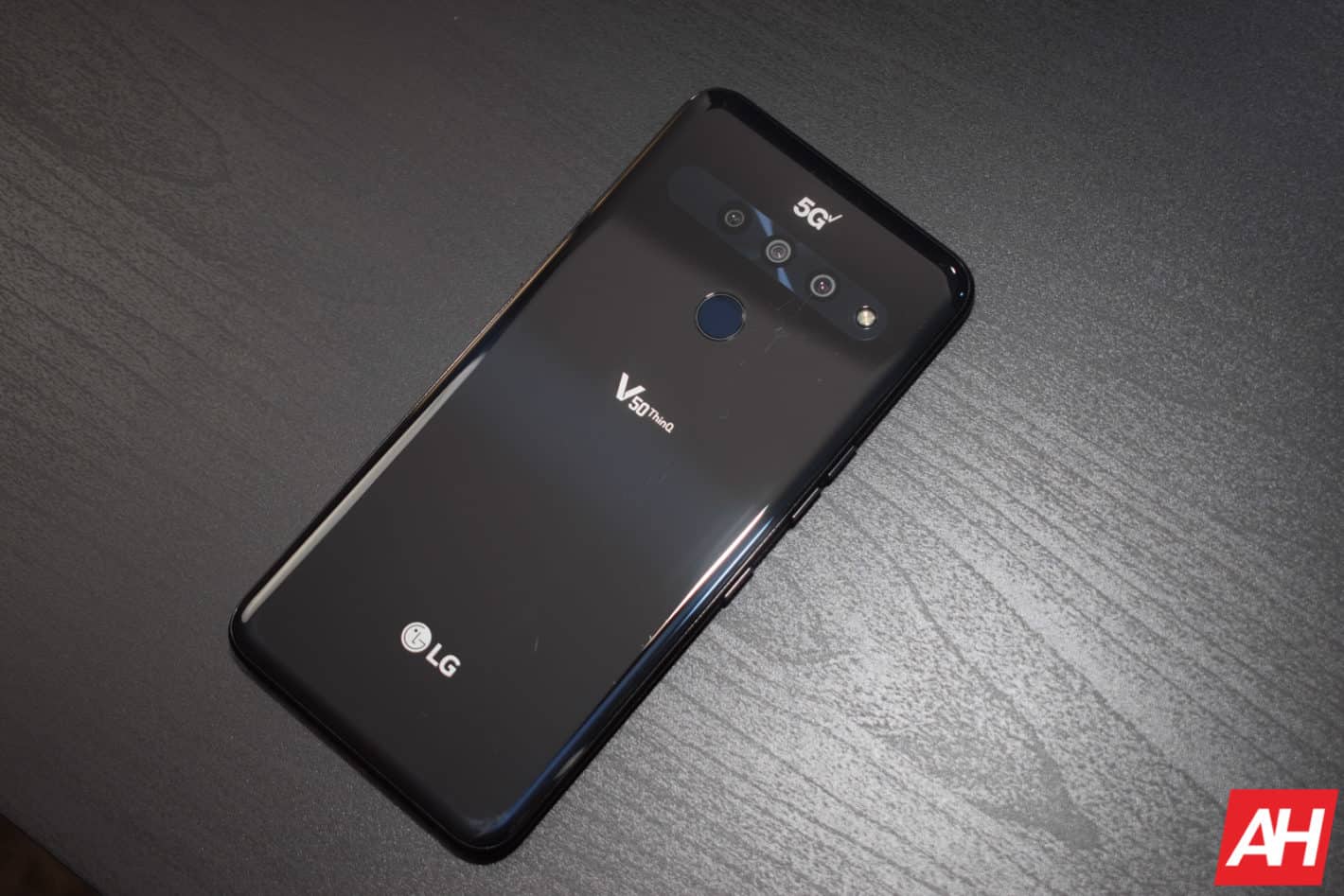 The LG V50 ThinQ 5G on Verizon is now receiving the latest Android 10 update which the company calls System Update 7. It comes four months after the update was released in South Korea. The new update also includes the Android security patch for the month of April 2020.

As it will be an incremental update, only a small number of users will ge getting it early. However, the new OTA update should be hitting all eligible devices in the next few days. Alternatively, the update can be manually checked by going to Settings > About phone > Software updates > Check for update.

It comes with the software version G450VM20c. The device was released in February 2019 running on Android 9.0 Pie with LG UX 8 skin on the top. The new Android 10 update brings the dark mode, which the company calls as night mode.

Unlike the system-wide dark mode on Android 10, the changelog specifically mentions the night mode on the LG V50 ThinQ 5G changes the LG apps to a dark theme.

The update also includes a new pop-up window mode to scale the apps to different sizes. The option can be found when tapping on an app icon.

In terms of gestures, the device now includes a 'navigation bar' option for navigation only through gestures. As seen on other Android 10 smartphones, swiping up from one of the corners will trigger the Google Assistant.

There is also a one-handed screen option offered with the Android 10 update. It can be accessed by swiping in from the left/right edge of the screen and holding.

The default LG Keyboard app has a new 'Draw Chat' feature where a user can draw and send an animated message. As always, the update should also include bug fixes.

Several changes made to the camera app

The new Android 10 update also brings in a lot of changes to the stock camera app. With the new update, the device has separate photo and video modes.

The Switch camera button is moved to the bottom of the screen. Switching between the rear and front cameras is now much easier.

The 'Steady cam' which was present as a separate mode in the earlier version is now added as an option within the video mode. The gallery has even been updated to show the search page with a few new options including search suggestions and categories.

The buttons on the call-ended screen have been rearranged to offer improved one-hand usage.