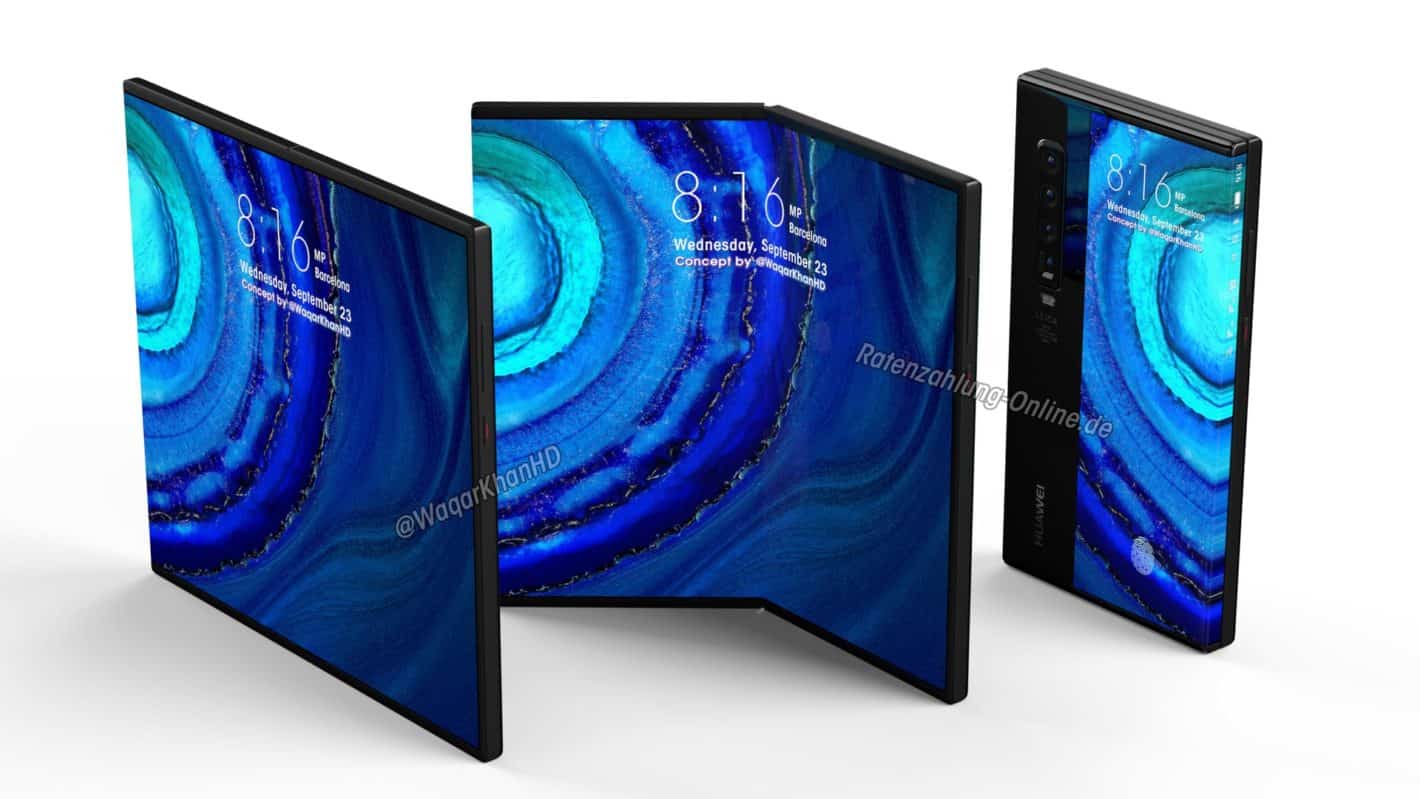 The Huawei Mate X2 foldable smartphone is expected to arrive later this year, and while we're waiting for that, a new concept design surfaced. This design comes from Waqar Khan (in partnership with ratenzahlung-online), and it actually looks really sleek.

This smartphone comes with two displays, and it takes a different approach to the original Mate X. It folds inwards, similar to the Galaxy Fold. It also includes a display on the outside.

That display actually drops off the edge, as it covers part of the right side of the phone, when folded. In fact, it covers the whole side when unfolded. It bends on a 90-degree angle, which is quite interesting.

On the front of the device, when folded, you'll also see four cameras, one of which is a periscope-style camera. An LED flash is also included here, along with the Huawei logo.

The power / lock, volume up, and volume down buttons are also placed on the side of the device. The phone seems to be made out of glass, at least in the designer's imagination.

When unfolded, the Mate X2 concept reveals a gorgeous, large display, that has almost no bezel. It has extremely thin bezels at the top, bottom, and on the right side. The left side shows no bezel at all.

The device seems to be quite thick when folded, though

This phone does seem to be quite thick when folded, at least in the concept video that Waqar Khan shared. You can check out that video below this article, by the way.

This is just an imaginary smartphone, unfortunately, as the design sure is interesting. The phone does look quite sleek, and it's always interesting to check out such concepts.

The real Huawei Mate X2 is expected to become official at some point this year. If it launches, chances are it will arrive in H2 of the year, as June is right around the corner.

If Huawei opts to release the Mate X2 this year, it will be fueled by the upcoming Kirin 1000 SoC. That processor will probably launch in September, or a month before / later.