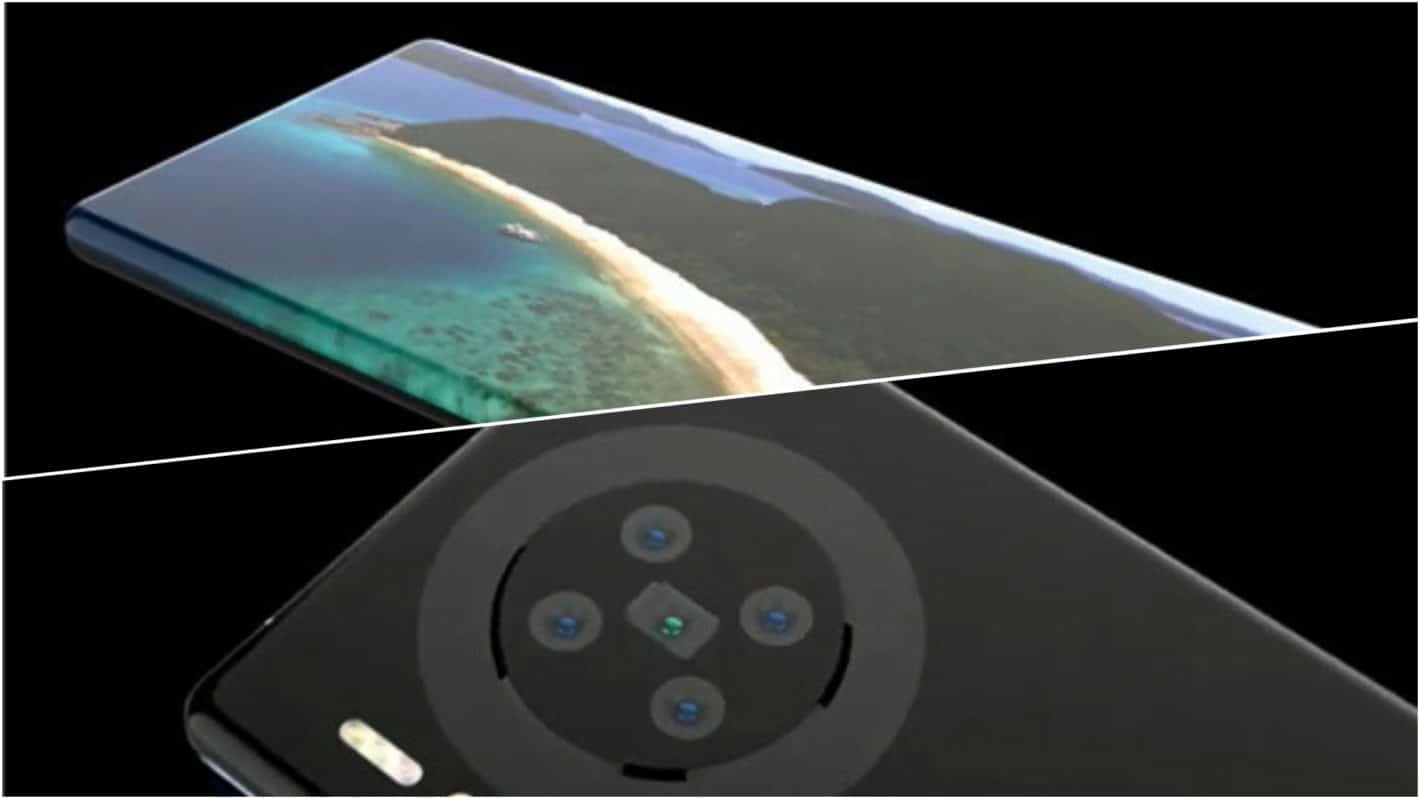 As you can see, this device is made out of metal and glass. The designer envisioned it with a curved 'overflow' display. That display is curved quite a bit, similar to a waterfall display. Most importantly, it doesn't come with a display notch or hole.

The designer envisioned this device with an under-display camera, and no physical buttons. That technology is coming, maybe even this year. Next year, we'll probably see plenty of phones with such tech.

In any case, the device does include a 3.5mm headphone jack (at the top), while a Type-C USB port is placed at the bottom. Huawei's branding is visible on the back, while a SIM card tray is located at the bottom as well, along with the main loudspeaker.

On the back, the device does resemble the Huawei Mate 30 Pro. It includes that circular camera setup, but instead of four cameras, there are five here. One of which is a periscope-style camera.

An LED flash, and an additional sensor are placed on the left side of that camera setup. That is pretty much it. The phone does seem like an evolution of the Mate 30 Pro, even though it's not real.

This smartphone is not real, of course. It's just a concept design by third-party designer. The real Huawei Mate 40 may end up resembling it to some degree, but it surely won't look like this.

The real Mate 40 is expected to arrive in Q4

The launch of the Mate 40 is still far away. Huawei will announce the device in Q4, quite probably. That phone is expected to include the upcoming Kirin 1000 SoC, and Android 11, along with a new version of EMUI.

The phone will pack in a lot of RAM, probably LPDDR5. UFS 3.1 storage is also expected, along with a fullHD+ or QHD+ display with a high refresh rate. That will be an OLED display, by the way.

This handset will arrive alongside the Huawei Mate 40 Pro, most probably. The company launched two Mate flagships last year, so the same will probably happen this year as well.

Huawei is currently under the US ban, and cannot use Google services on its devices. That is a problem for Huawei outside of China, though the company did come up with HMS, its replacement for Google services.

We'll see what will happen by the time the Huawei Mate 40 arrives, but chances are that it will ship without Google services. Check out the provided images while we wait for that.