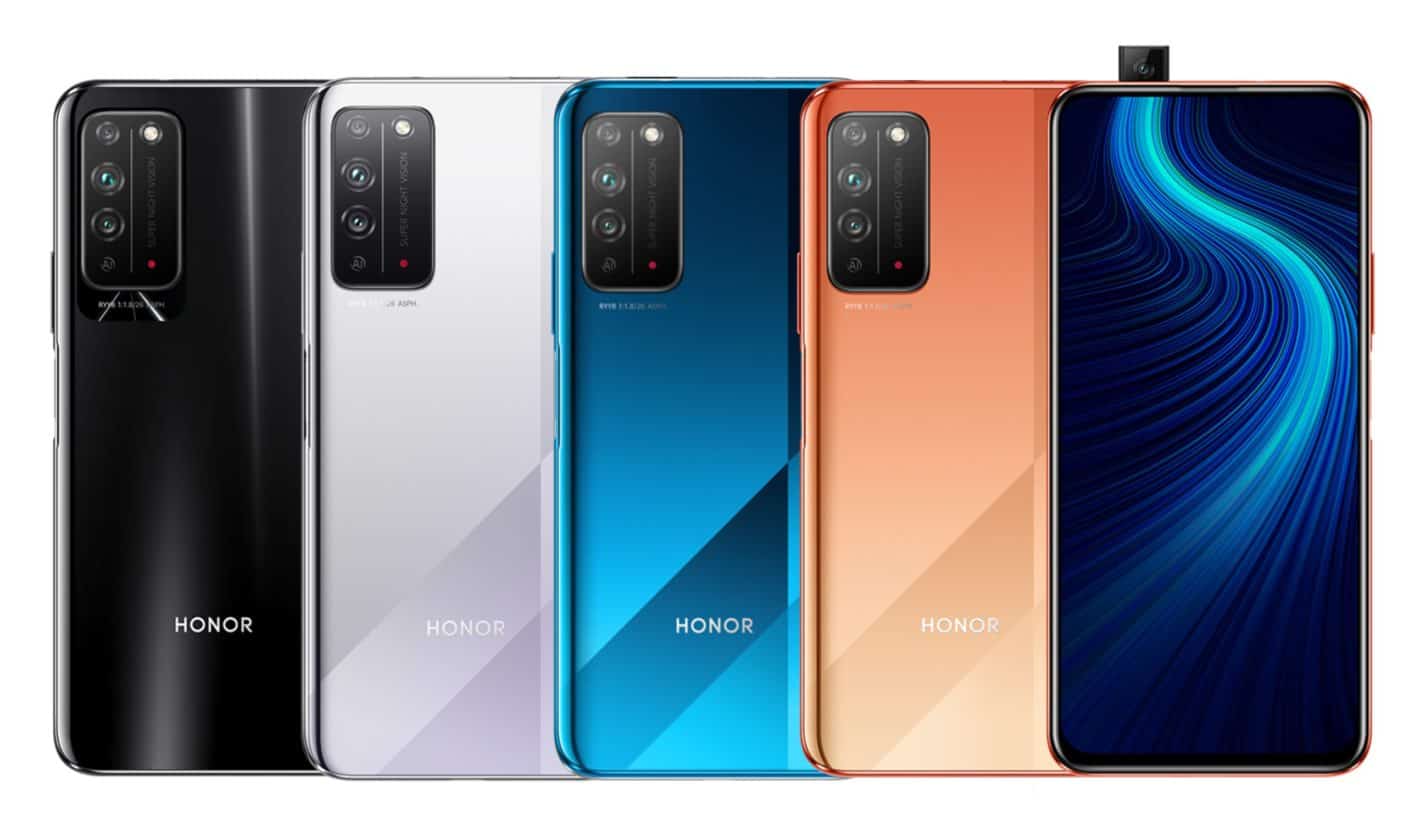 The HONOR X10 will be a really sleek-looking smartphone. The company has shared a first poster of the HONOR X10, confirming the bezel-less design, pop-up camera, and more.

As you can see, in the image provided below this paragraph, the HONOR X10 won't include display hole or notch. HONOR decided to include a pop-up camera on the X10, along with a bezel-less design. 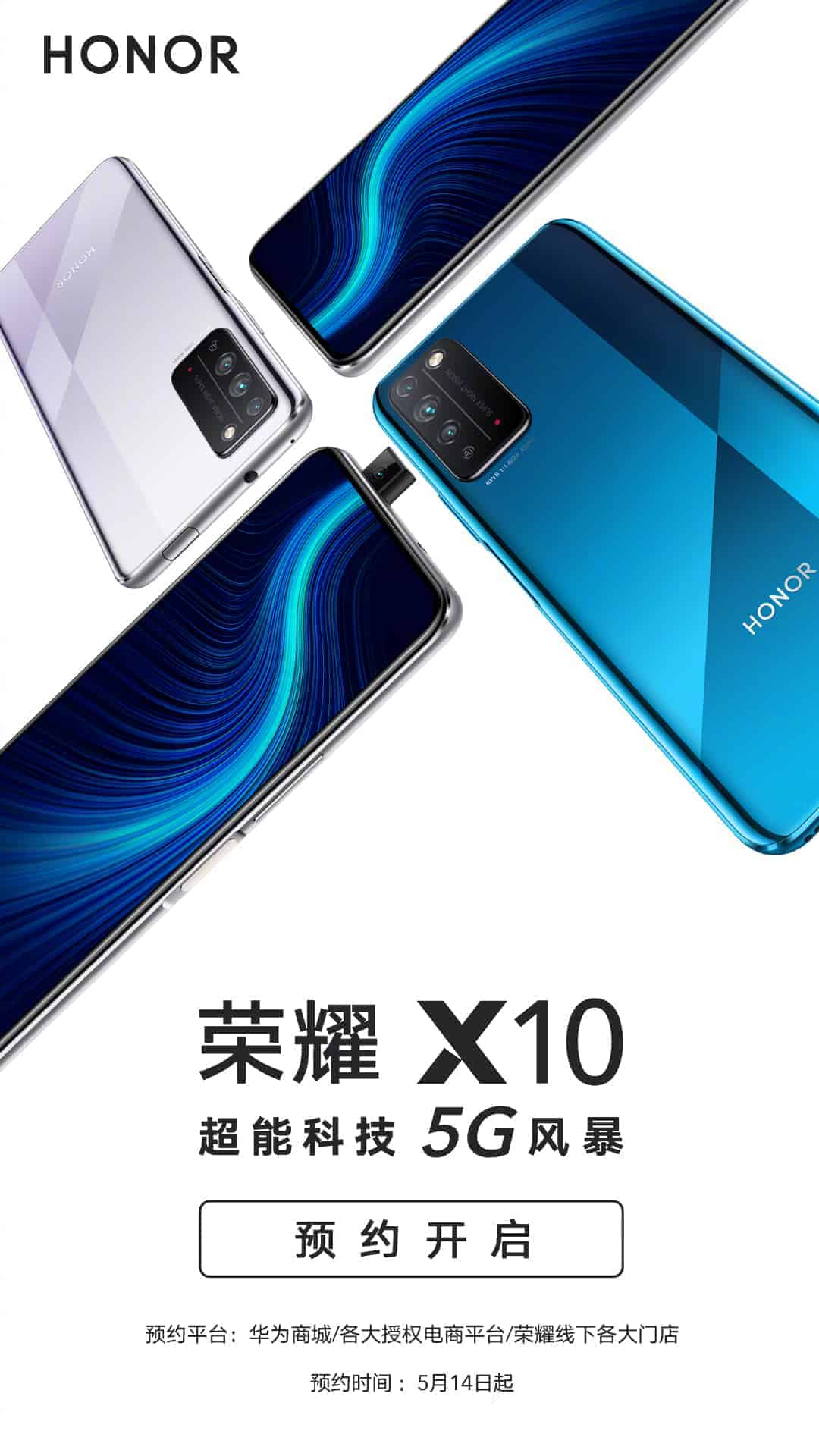 You can see that the device will be made out of metal and glass. It will include a flat display, and multiple cameras on the back. It will sport three cameras back there, and they will be vertically-aligned.

This handset will also sport a side-facing fingerprint scanner, which will double as a power / lock key. Above it, you'll notice the volume up and down buttons. HONOR's logo is visible on the back.

Those of you who still like to use headphone jacks are in luck. This handset will include a 3.5mm headphone jack at the top, which is also visible in the provided image.

The phone's specs have surfaced as well

In addition to that, Ishan Agarwal, a well-known tipster, shared a ton of spec detail when it comes to this phone. He also shared an image of the device, which contains all color variants of the HONOR X10. You can check out that image down below. 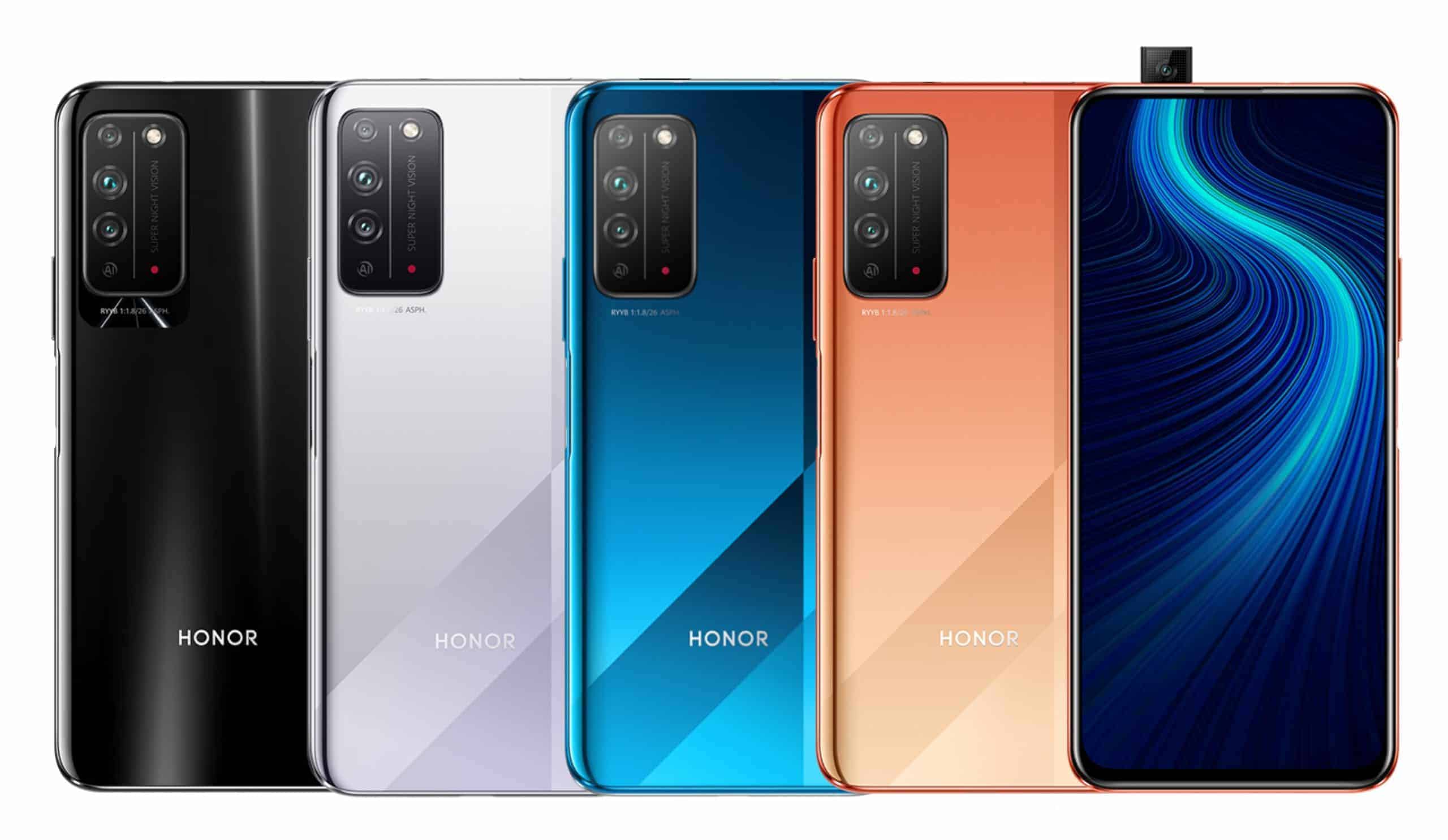 As you can see, the phone will arrive in four color options. HONOR will probably have some fancy names for them, but those colors are black, gray, blue, and orange.

The HONOR X10 will support 5G, and it will be fueled by the Kirin 820. That is one of the company's best mid-range processor, by the way.

This phone will be IP5X certified for water and dust resistance. The phone will support Bluetooth 5.1 + LE, and pack in 6GB of RAM along with 64GB / 128GB of storage.

Android 10 will come pre-installed on the device, along with MagicUI 3.1.1 skin. The storage in this phone will be expandable up to an additional 256GB. The device will become official on May 20.