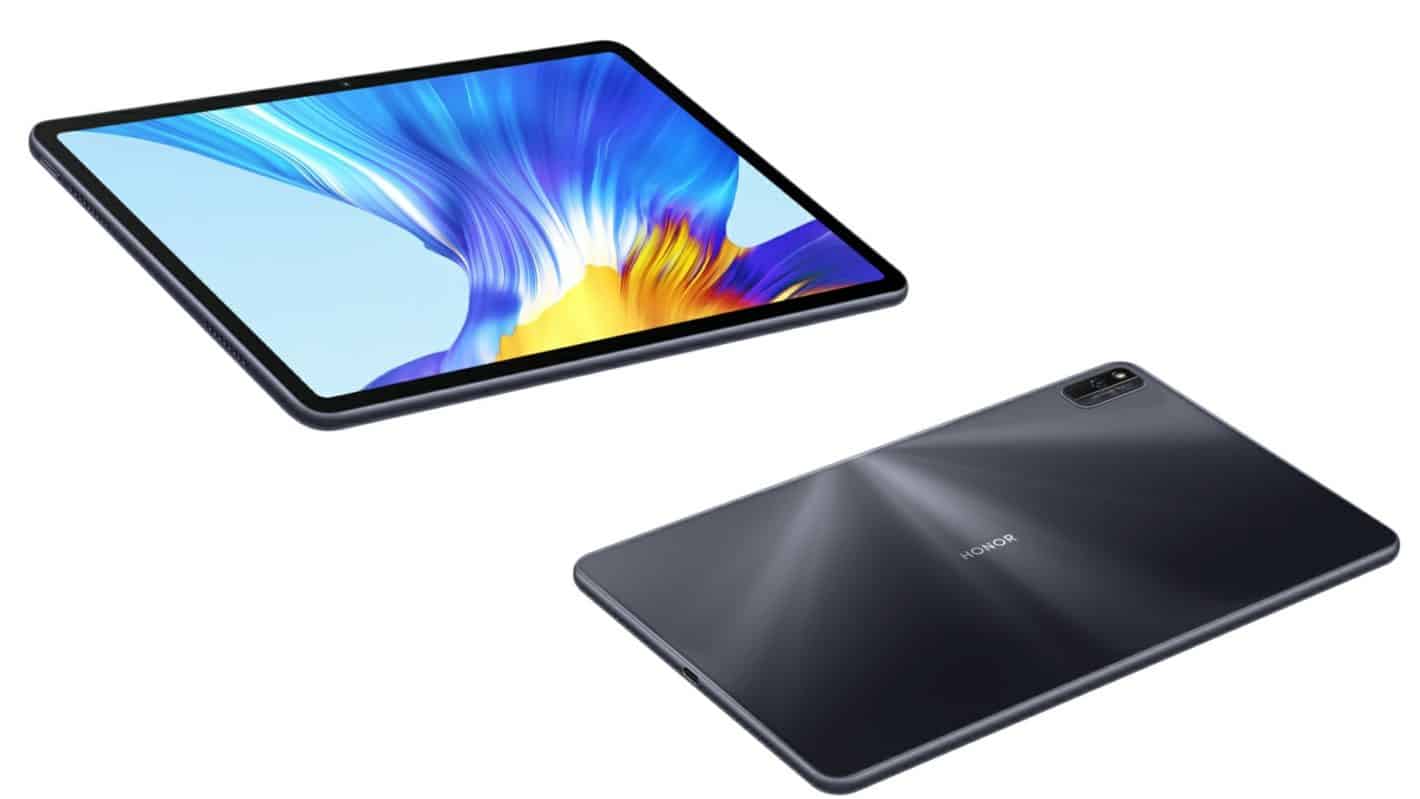 HONOR has announced a new tablet, the ViewPad 6. This tablet comes with 5G support, and Huawei's new Kirin 985 processor. That processor sits below the Kirin 990 in the pecking order, but it's quite a powerful chip.

The HONOR ViewPad 6 tablet got announced during the company's HONOR Smart Life event in China. The device is made out of metal and glass, and it looks quite sleek, actually.

It includes a single camera on the back, and on the front, while the company's branding is visible on the back. This tablet sports a flat display, and its bezels are not exactly thick. They seem just the right thickness for a tablet.

The HONOR ViewPad 6 includes 6GB of RAM and 64GB / 128GB of storage. That storage is expandable up to 512GB via a microSD card. Android 10 comes pre-installed on this tablet, along with HONOR's Magic UI 3.1 skin.

A 7,250mAh battery is a part of the package as well, and the device includes four microphones. On top of that, you'll find four speakers on this tablet, and those speakers will probably offer really good sound overall.

A 13-megapixel camera (f/1.8 aperture) sits on the back of this tablet, along with an LED flash. An 8-megapixel unit (f/2.2 aperture) can be found on the device's front side.

HONOR has included Bluetooth 5.1 inside of this tablet, and a Type-C USB port sits at the bottom as well. The HONOR ViewPad 6 comes in both WiFi only and WiFi + 5G variants, by the way.

The device will become available in China in June, and we still do not know its price tag. HONOR said that the price will be announced once the device becomes available, not sooner than that.

It has been announced in three color variants

The HONOR ViewPad 6 has been announced in Black, Gray, and Green color options. The company also said that the device has support for the Magic-Pencil stylus, and the keyboard cover which will be sold separately.

We're still not sure if this tablet will make its way to Europe or not. If it arrives in Europe, chances are it won't become available until July. HONOR did not clarify anything at this point, though.

If it does come to Europe, it will ship without Google services, though. That is what you can expect for every HONOR smartphone / tablet while the US ban is in effect.