The question that Google asked in the survey was "if these were your only options, which of these Google Pixel smartphones would you prefer to buy?" And it listed what sounds like the Pixel 4a, with "A radically helpful phone from Google, Durable Plastic Body, includes a 3.5mm headphone jack." And on the other side was what sounds like the Pixel 5, with "the best flagship Google phone, First access to the latest Google features and innovation, Best in class camera, wireless charging and water resistance. With a price of $349 and $699 respectively.

The Pixel 4a is currently expected to be coming on June 3. During Google's big "Android 11 Beta Launch Show"  that is being live streamed. So it isn't too far away right now.

This "Premium" phone price is cheaper than the Pixel 4

What's interesting is that Google thinks its premium offering should be starting at $699. However, the Pixel 4 started at $799. So if this is indeed what Google is planning to do with the Pixel 5 later this year, that would be a nice price drop. Of course, the Pixel 5 XL will likely be $799.

But we don't normally see successors come with a cheaper starting price than its predecessor. So that would be a big deal. However, since Google is likely going to be removing the Soli sensor that was in the Pixel 4 series, it could drive down the price rather significantly. As that radar sensor is definitely not cheap to put into that phone.

The Pixel 5 is still a bit off, with it usually coming in October. But we're still getting excited about it already. Especially since it'll come with Android 11 pre-installed. Now the Pixel 4a on the other hand, is right around the corner. And likely to be one of the best sub-$400 smartphones of the year. 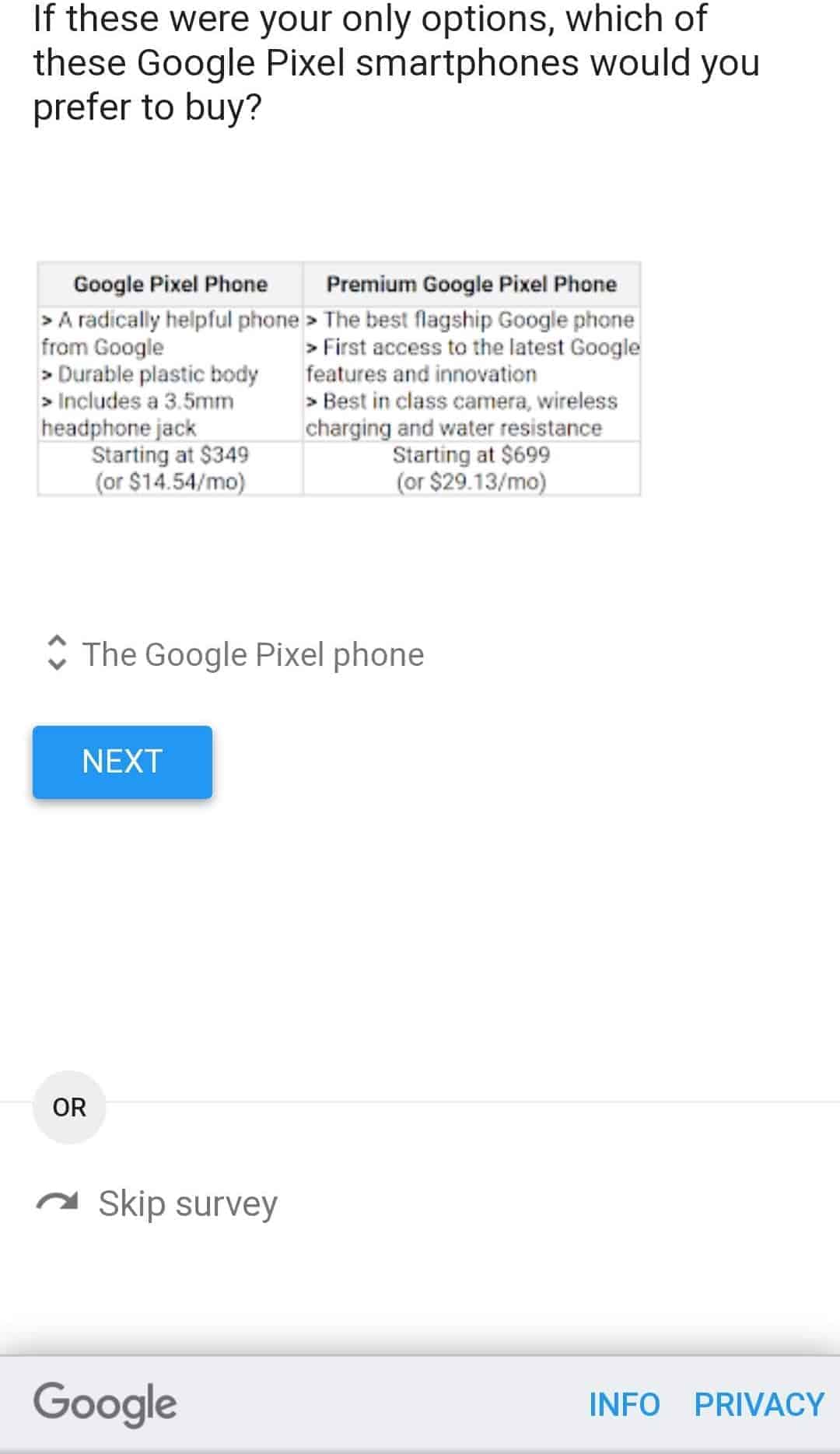