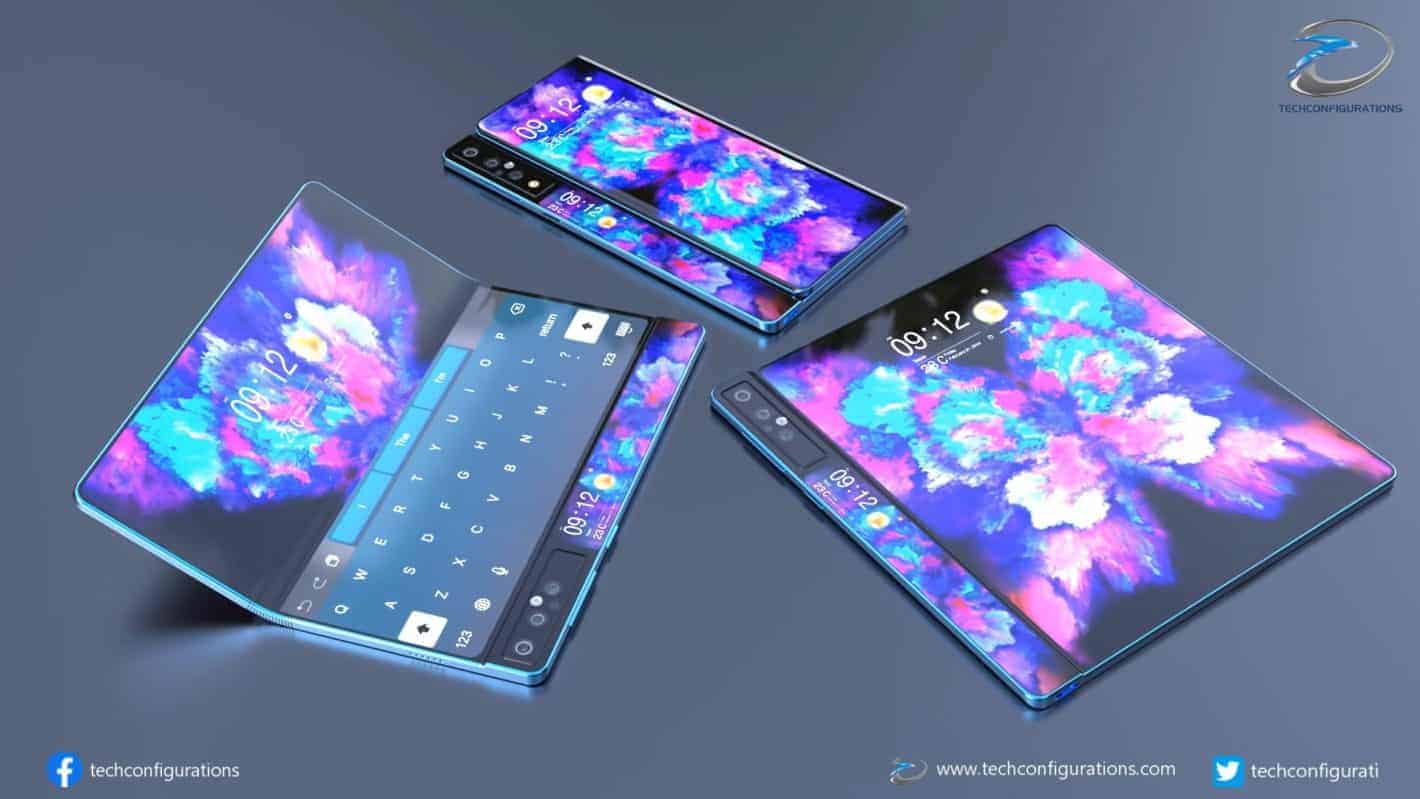 A rather odd Samsung Galaxy Fold 2 concept design surfaced, a design with rotating cameras. This concept design has been created and published by TechConfigurations YouTube channel.

It is worth noting that the real Galaxy Fold 2 will look considerably different from this concept, but it's still interesting to see what designers can come up with. This Galaxy Fold 2 concept includes a main 8-inch display, which is foldable, and an additional one on the side.

That additional display is visible at all times, no matter if the phone is folded or not. Above that really narrow display, you'll find the phone's camera setup. That whole camera module is rotatable, by the way.

The phone's outer display (not the narrow one) measures 6.6 inches. The main display measures 8 inches, and they're both OLED panels. That ultra-narrow display that is always visible measures 0.8 inches, and it's also an OLED panel. So, this phone has three displays.

The designer envisioned the Snapdragon 865 inside of this smartphone, along with 12GB or 16GB of RAM. Along with that, the device includes 512GB of internal storage.

A 7,000mAh battery is also mentioned by the source, along with 65W fast wired charging. This is all wishful thinking, but that's what most concept designs are about anyways.

The designer also notes that this imaginary phone supports both wireless and reverse wireless charging. A nice charging animation is also shown in the provided video.

An in-display fingerprint scanner is also included in the package, and some software features are also detailed here. The designer even shows a "laptop" mode here.

The real Samsung Galaxy Fold 2 will be considerably different. The phone will resemble the original Galaxy Fold, but will include considerably thinner bezels. On top of that, it won't include that huge display notch from the first-gen model.

The Galaxy Fold 2 is rumored to be a little bit more affordable than its predecessor. Still, it will be one of the most expensive smartphones out there, not counting luxury ones.