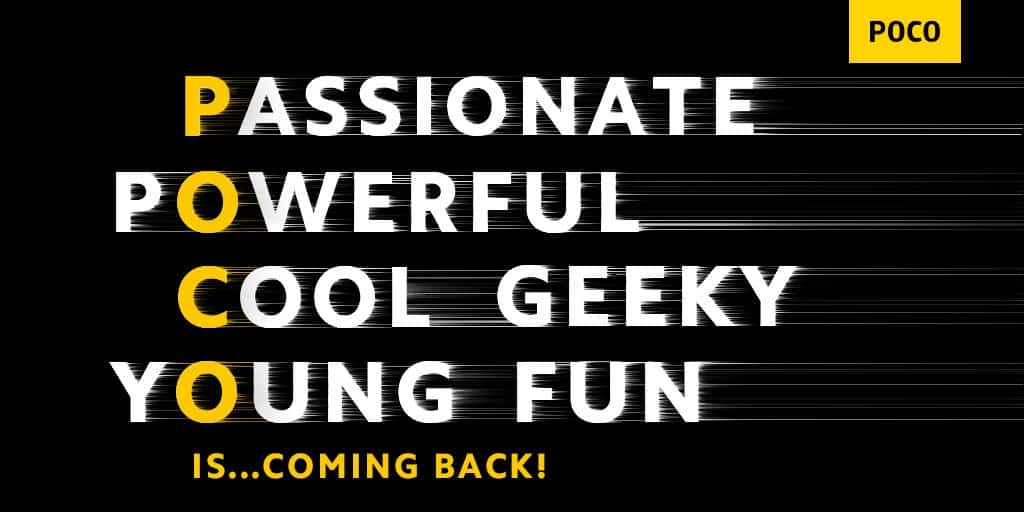 ORIGINAL ARTICLE: The POCO F2 Pro is said to launch on May 12 in Europe. This information comes from Sudhanshu, a well-known tipster. He shared the information via his official Twitter handle.

The launch will take place in Europe, Madrid in Spain, to be more accurate. The POCO F2 Pro launch event will start at 2 PM local time, CET. That translates to 5 AM PST and 8 AM EST for those of you in the US.

Do note that this is not an official launch date, POCO hasn't really announced anything officially just yet. The company did kick off the POCO F2 Pro promo campaign quite recently, though.

POCO did not mention the POCO F2 Pro / Pocophone F2 Pro by name just yet, but has released several teasers suggesting the phone is coming.

The company's global Twitter handle posted a tweet on May 4 saying: "After 256 days of waiting, today we can finally say: #POCOisBACK", which is clearly suggesting the return of the POCO flagship.

In addition to that, POCO Global also shared some other teasers. It says that the phone will be fueled by the "most powerful chipset", clearly hinting at the Qualcomm Snapdragon 865. A promise of a true "full screen" has been mentioned as well.

The device will probably be a rebranded Redmi K30 Pro

That hints at the rebranding of the Redmi K30 Pro, as some rumors have been saying. The POCO F2 Pro will likely be a rebranded Redmi K30 Pro, as that is the only 'true full screen' flagship phone Xiaomi or its subsidiaries launched this year.

The page listing also mentioned four rear cameras, and a round camera island (just like the Redmi K30 Pro). The device will allegedly be available with 6GB / 8GB of RAM and 128GB / 256GB of internal storage.

The phone will allegedly arrive in several color variants. It will be available in Purple, White, Gray, and Blue color options. Now, the phone's price tag also leaked quite recently.

This is a rather interesting price tag as the Redmi K30 Pro will be more affordable. It remains to be seen if that phone will also be rebranded to the Xiaomi Mi 10T Pro, as last year's model was.

There's still a lot of mystery surrounding the POCO F2 Pro, it will be interesting to see what we'll get in the end. And, more importantly, how much will that phone cost. Its price tag will be an extremely important factor for a lot of people.