Samsung could be working on a new mid-range chipset with an integrated 5G modem. The unannounced Exynos 880 SoC has appeared in Geekbench benchmarks in an upcoming Vivo phone, supposedly called Vivo Y70s 5G.

The chipset features two ARM Cortex-A77 cores clocked at 2GHz and six ARM Cortex-A55 cores operating at 1.8GHz. It packs the ARM Mali-G76 GPU, whose core count is unclear. The name of the Vivo phone suggests that it'll feature an integrated 5G modem.

Overall, the upcoming Exynos 880 seems quite similar to the Exynos 980. Perhaps it is an underclocked version of the latter.

The Exynos 980 has the two ARM Cortex-A77 cores clocked at 2.2GHz, while the six ARM Cortex-A55 cores operating at the same clock speed of 1.8GHz. It also gets the ARM Mali-G76 GPU.

There's also a possibility that Samsung has underclocked the GPU on the new chip to make it more affordable. The Exynos 980 is based on an 8nm LPP process. Expect the Exynos 880 to pack the same architecture.

Interestingly, the Exynos 980 also debuted on a Vivo phone, the Vivo X30. The chipset also powers Samsung's current crop of mid-range 5G smartphones, including the Galaxy A51 5G and the Galaxy A71 5G.

The South Korean giant may now launch the next generation of its affordable 5G smartphones with the Exynos 880 chipset.

Samsung also has the Exynos 850 in the works. It's unclear whether this chip will have custom CPU cores or off-the-shelf ARM cores.

It doesn't support 5G and will likely debut on the Galaxy A21s, which has leaked extensively in the recent past. Samsung could announce the two new chipsets at the same time in the near future.

As for the Vivo Y70s 5G, there's little known about it, except that it supports 18W fast charging and runs Android 10 out of the box. The handset recently passed China's 3C certification process. So we might see Vivo launch its new mid-range 5G smartphone in its home country soon. 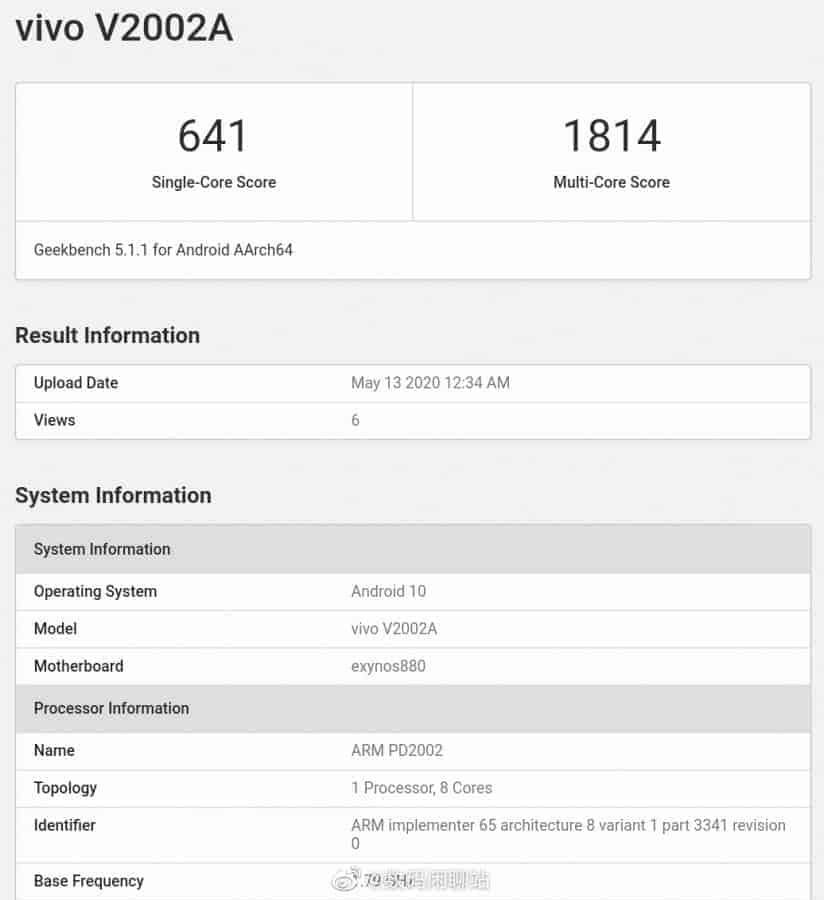