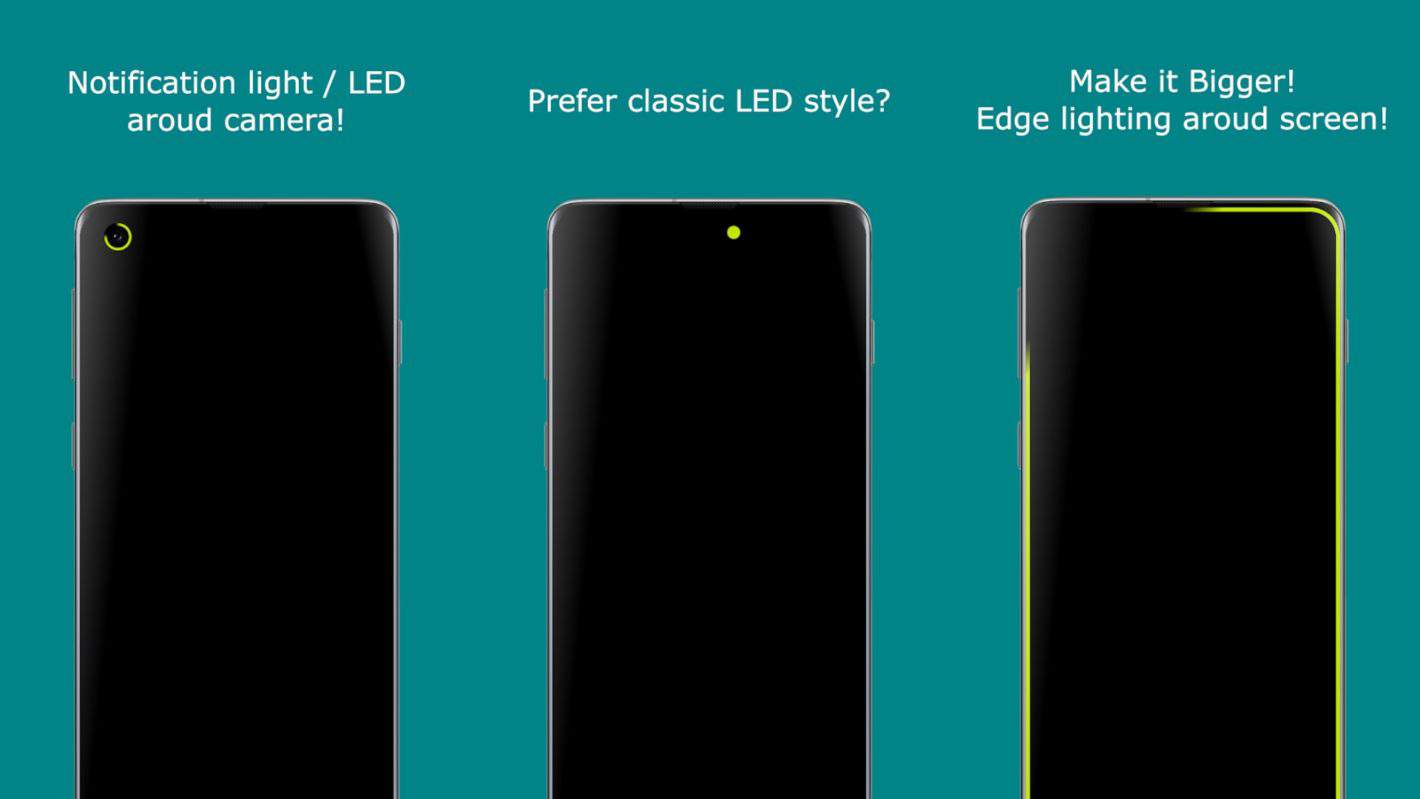 This app is called ‘aodNotify’, and it’s still in Early Access. That means that the app is still not completely finished, and it may be buggy. So do note that before you try it out.

This application allows you to create a notification LED light around the OnePlus 8’s display camera hole. You can also add a regular LED light wherever you want, or perhaps you prefer edge lighting instead.

There are a ton of options inside this app, and you can basically create your own LED light. You can even create a pulsating light at the top of the display. It can be a dot, or rather large, it’s up to you.

This app also allows you to customize the notification LED light for each app, individually. So you can use it for some apps only, or change it up for other apps, so that you know exactly what notification arrived.

This app is free to use, but do note that not all features are available. For some features you’ll need to pay up, and get a full version of the application.

Some rather useful features are available only in a paid version of aodNotify, be the way. The interval mode, for example. It is used for power saving. The LED dot is also available via paid version only.

Android Police notes that the app maker tested the app with the OnePlus 8, but says that it will work on the OnePlus 7 as well. Well, that doesn’t seem to be the case, at least when the OnePlus 7 Pro is concerned.

It is not supported on the OnePlus 7 Pro, or any other Android devices I’m using

I’m unable to install this application on the OnePlus 7 Pro. When I open the listing in the Play Store, it says that the app is not available for my model. I’m using the European variant of the OnePlus 7 Pro, unlocked.

In fact, this application is not available for any of my Android devices. So, if you don’t have the OnePlus 8 or 8 Pro, you may find it difficult to use this application. Do note that I did not try sideloading it, though it may work that way.

Android Police notes that the app does affect battery life quite a bit, though. The developer also notes that, however, so be warned. It all depends on the custom combination you’ve set.

This app can drain up to 7.5-percent of battery every hour, though you can bring that down to 2.5-percent with increased interval and eco mode. Battery drain will probably deter many of you from using this app, but if you’d like to try it out, it’s linked below.