Google is testing a redesign of the YouTube app on Android. The new UI change makes it easier to see the comments on a video.

Currently, users need to scroll down through a list of recommended videos to read comments on any YouTube video. This could be a bit annoying sometimes. YouTube is now addressing this issue by moving the comments section up the order.

The UI redesign appears to be rolling out for a handful of users in version 15.14.33 of YouTube for Android.

It is in the testing phase and hence is not available to everyone right now. Google will likely release the update for everyone in the coming weeks, after ironing out any potential issues.

In the new version of YouTube for Android, comments are accessible through the “comments” window just underneath the video description. Tapping on that window expands the comments section and you can view all the comments on that video.

The newest YouTube UI change on Android not only makes it easier for users to read comments but is also likely to increase user engagement on the app. With the comments section more readily accessible, users will be tempted to read through them which, in turn, will increase engagement.

This is not the only UI change Google has made to the YouTube app in the last few months. Early in January this year, Youtube started testing a new feature that showed users a channel preview in a pop-up message on top of the comments section.

Google also added filters in the Subscription feed of the app in January this year. The new feature allows users to catch up on their favorite video genres more easily.

It rolled out to all users last month. The new filters, that Google calls “Topics”, lets users simply tap on a Topic in the Subscription feed and find all related videos in reverse chronological order.

Most recently, Google added a new Explore tab to the YouTube app, replacing the Trending tab.

The new tab shows trending videos as well as suggested pages for some popular content categories like Gaming, Music, Fashion & Beauty, and more. The company plans to add more pages to the Explore tab over time. 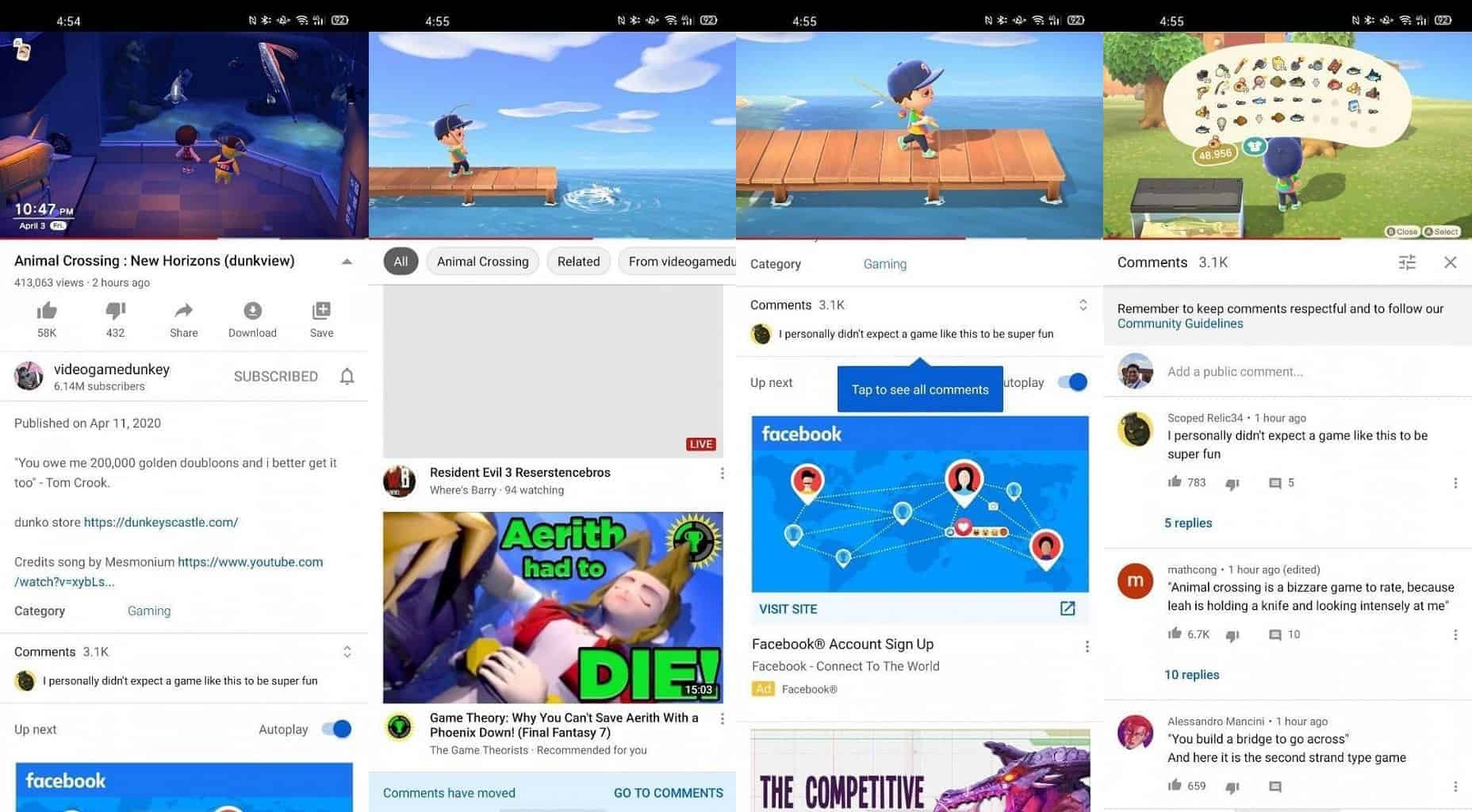